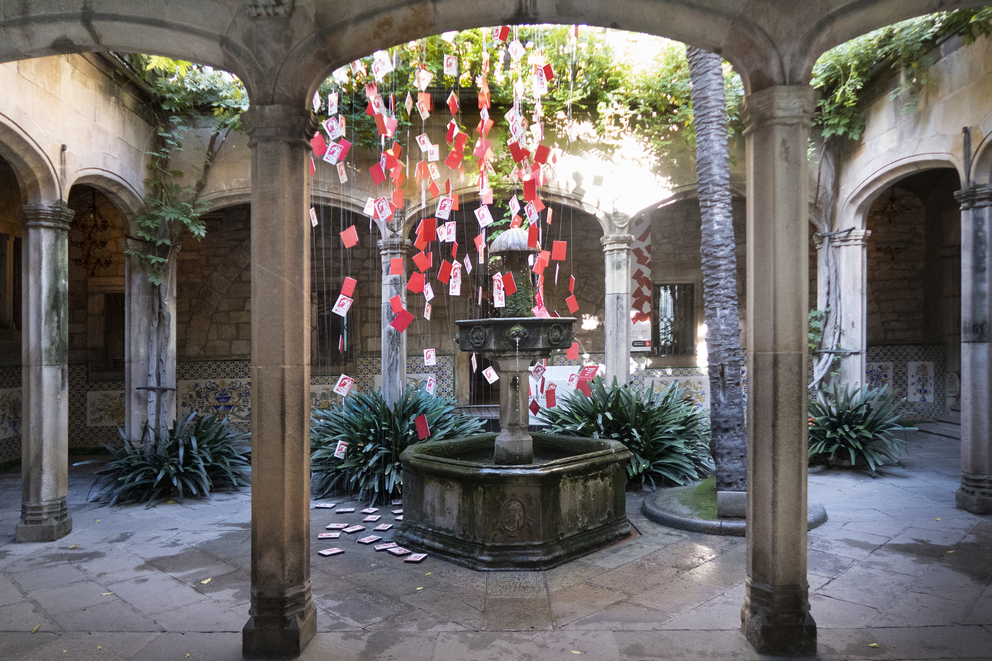 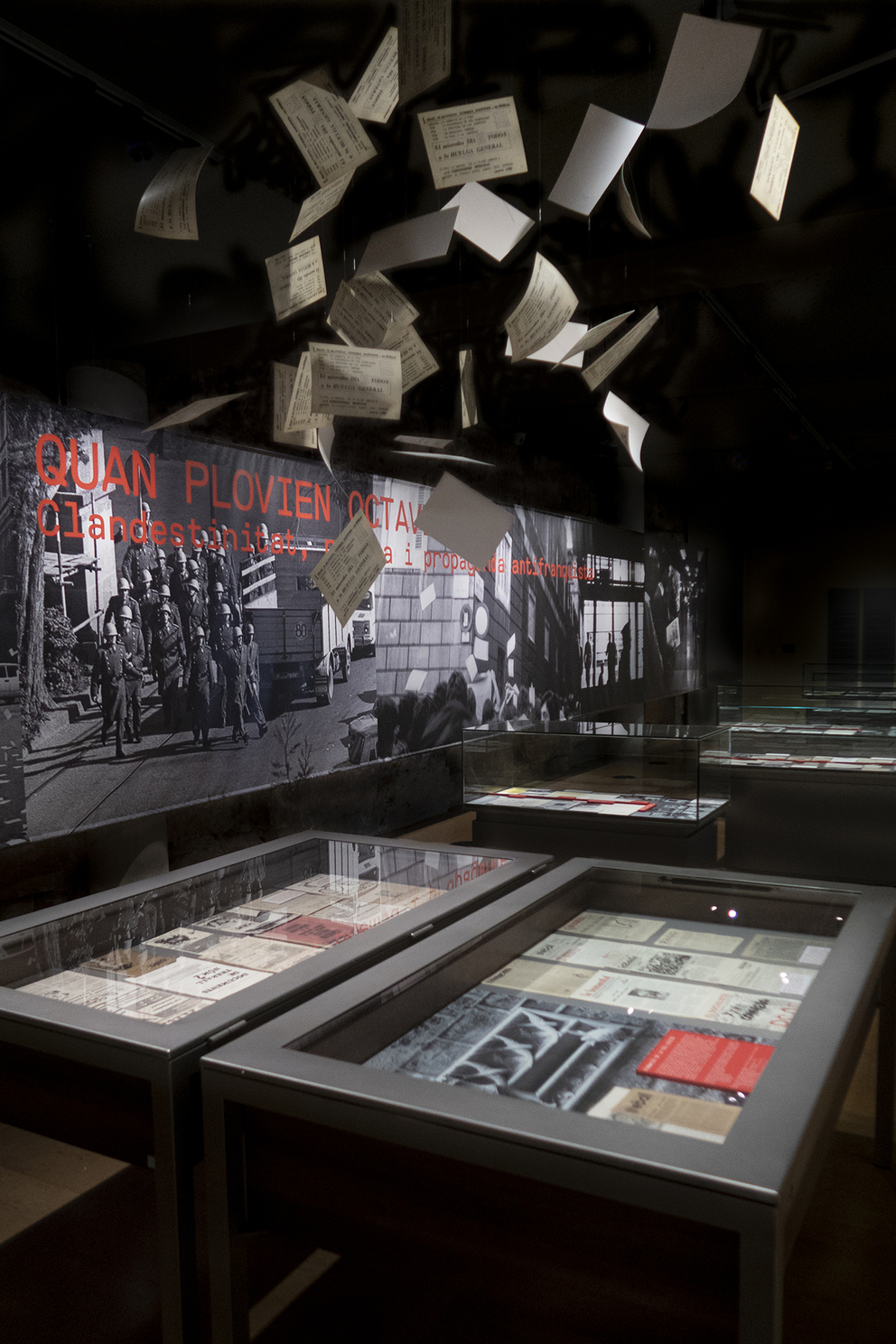 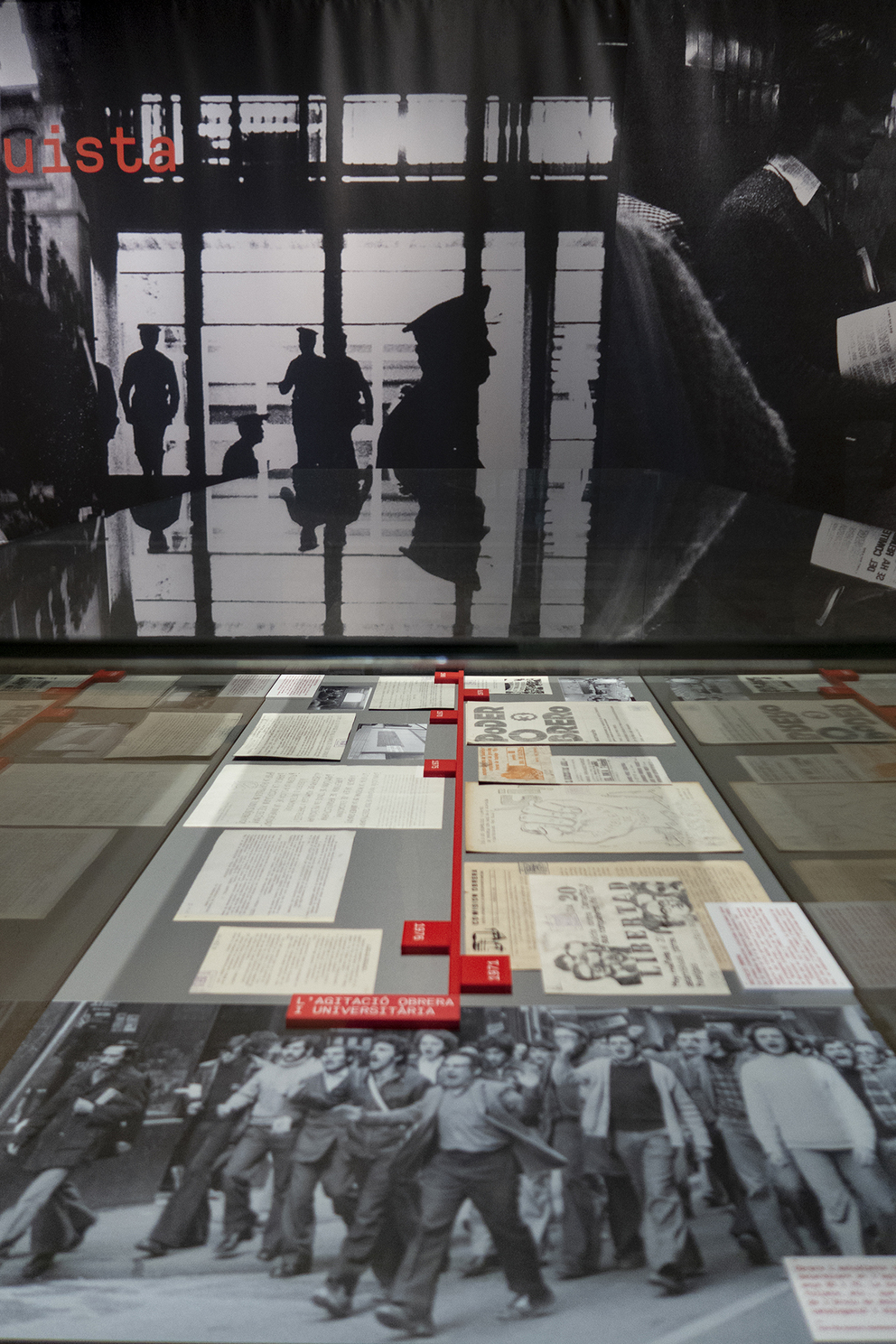 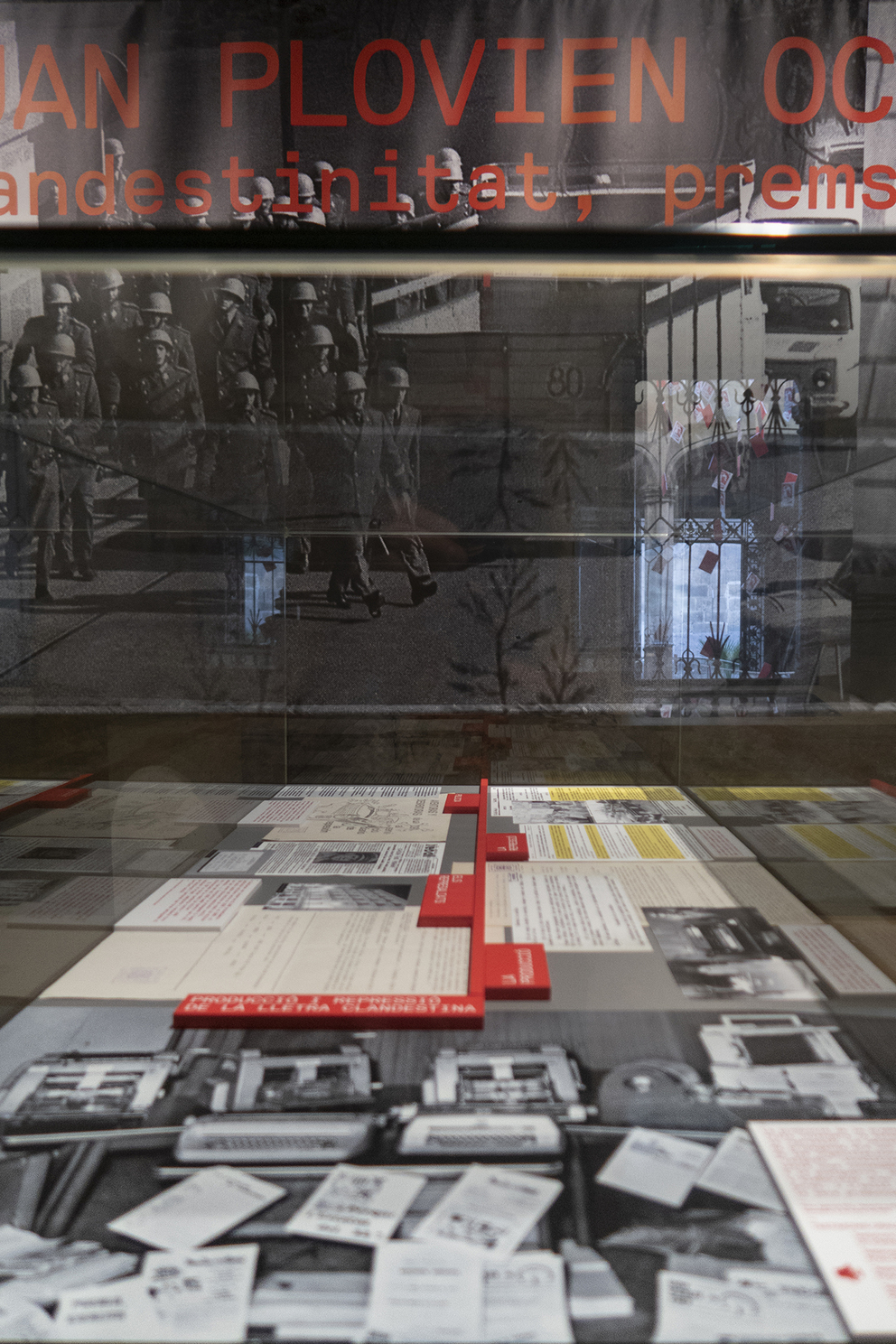 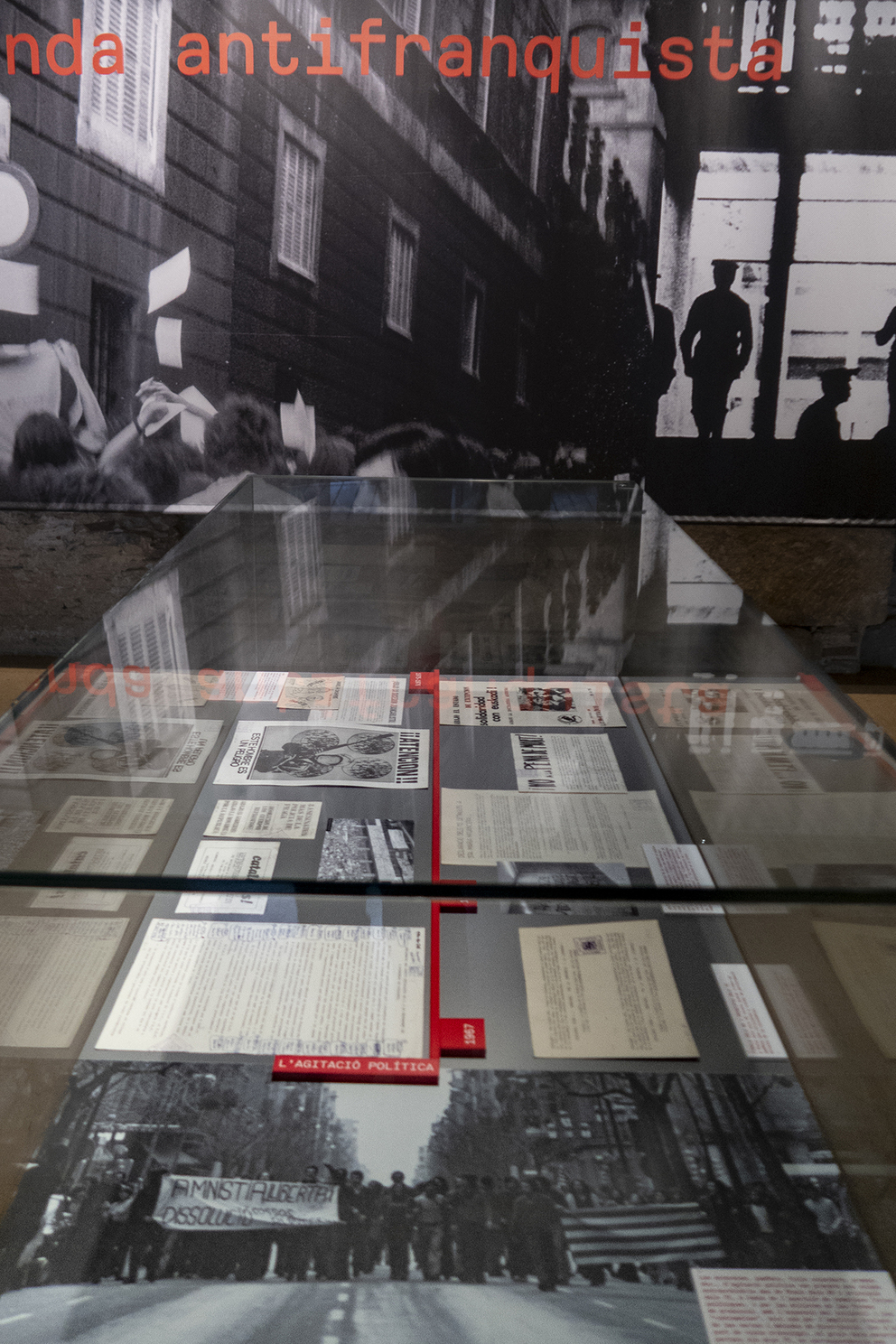 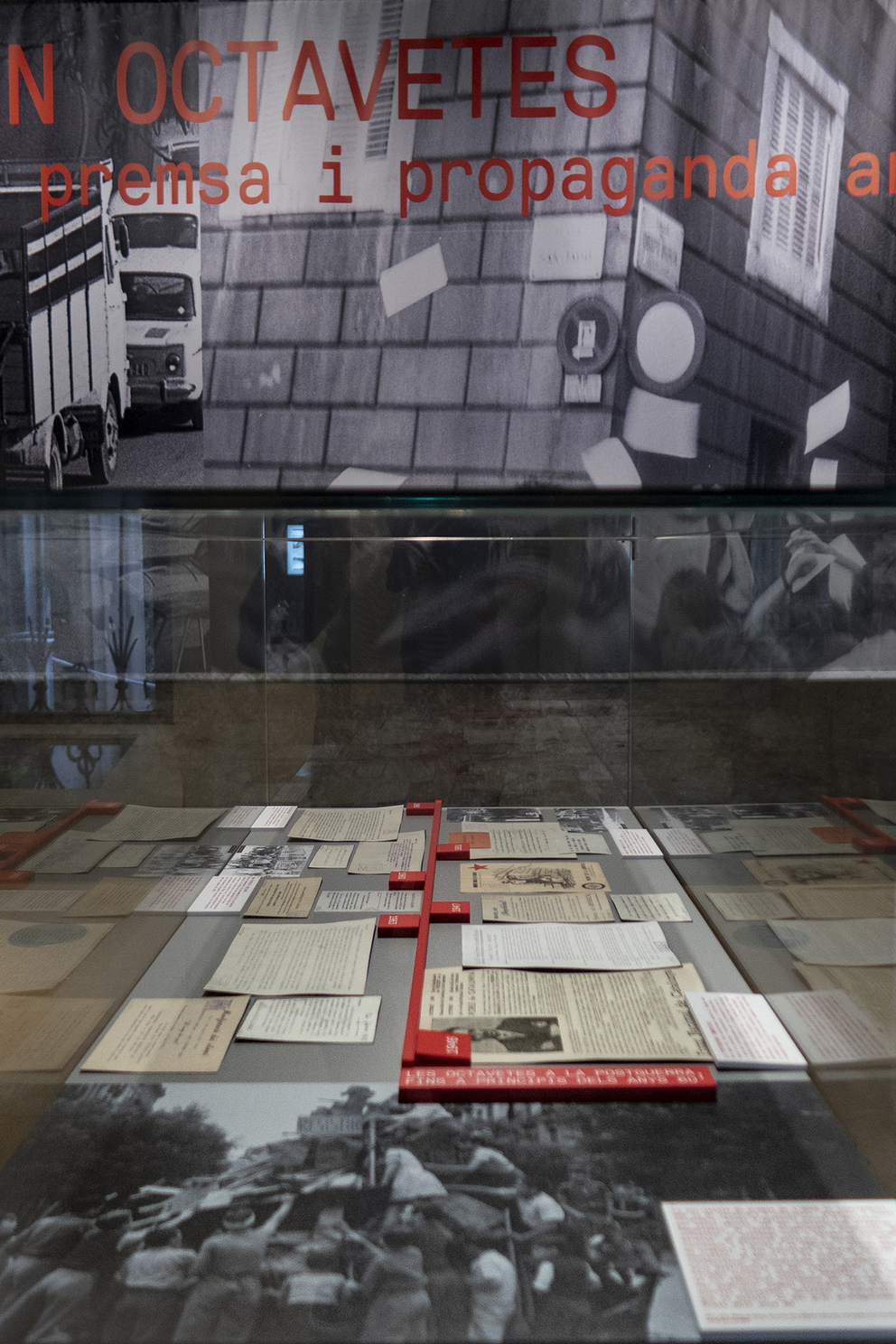 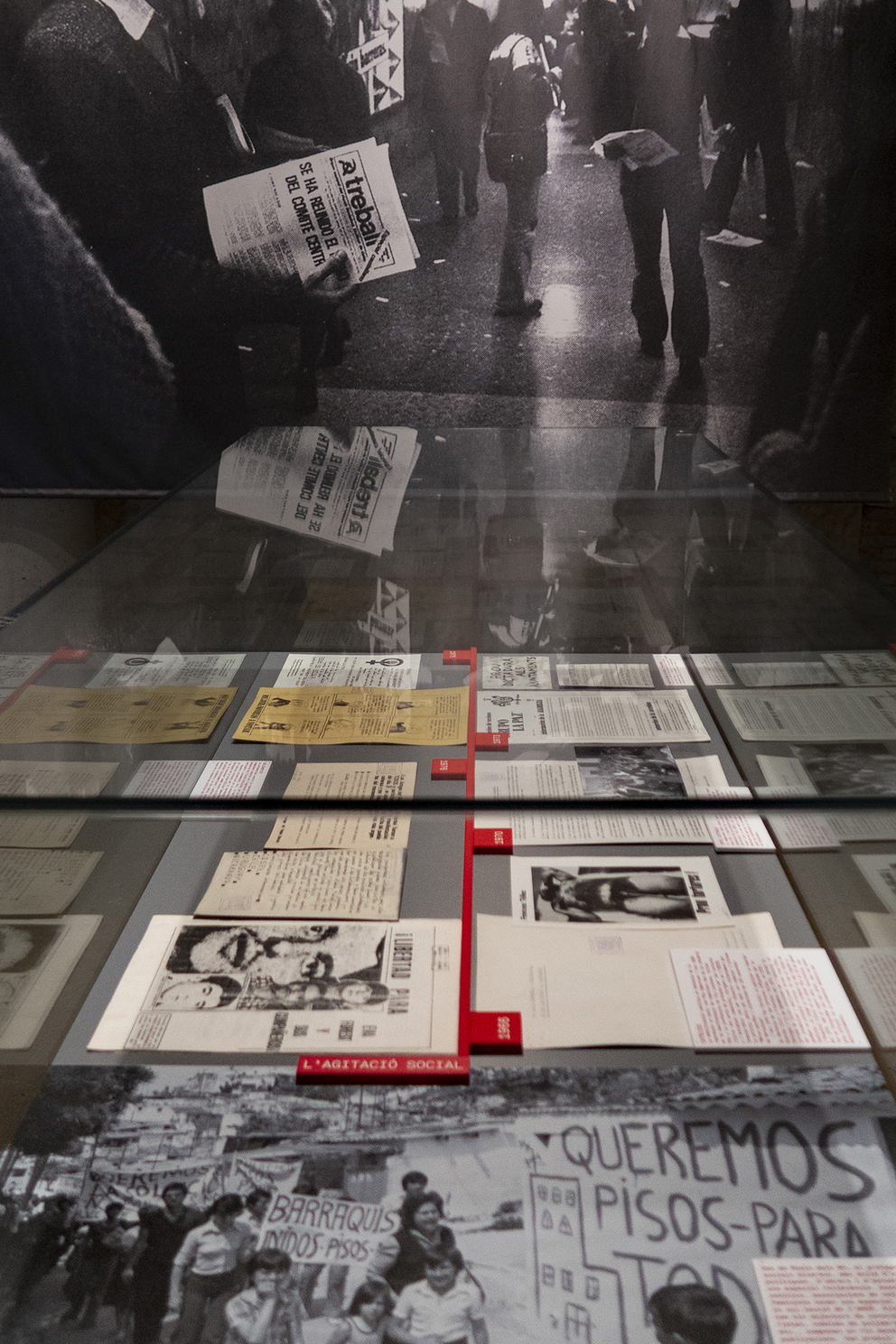 Hundreds of clandestine newspapers, magazines, bulletins and leaflets were published despite the repression of Franco’s dictatorship. The Historical Archive of Barcelona has preserves a significant part of these illegal publications. The exhibition “Quan plovien octavetes. Clandestinitat, premsa i propaganda antifranquista” showcases part of this important cultural and historical Catalan heritage.
An installation of flying leaflets in the Archive’s courtyard visually connects the street with the museums premises and announces the exhibition. A large mural of historic photographs contextualizes the exhibits on display. A small cloud of hovering leaflets introduce the museum’s collection followed by an account on how the clandestine pamphlets were produced and what the repressive regime did to prevent their publication. The subsequent showcases present a selection of leaflets that appeared in the post-war period up to the1960s as well as a series of specific collections centered on campaigns for better working conditions, student protest, illegal political publications and testimonies of social grievances.