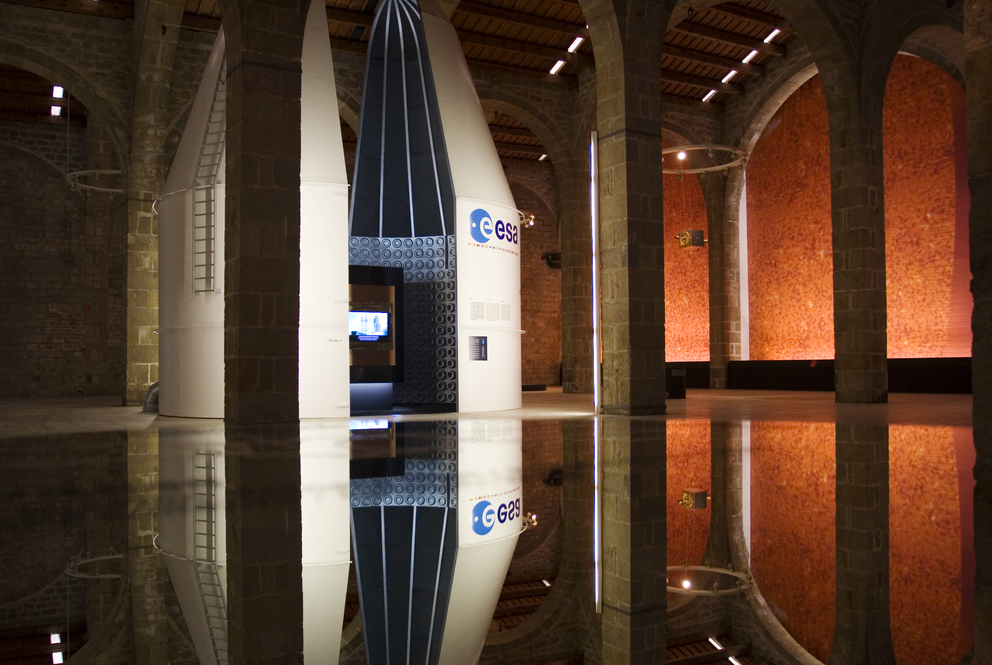 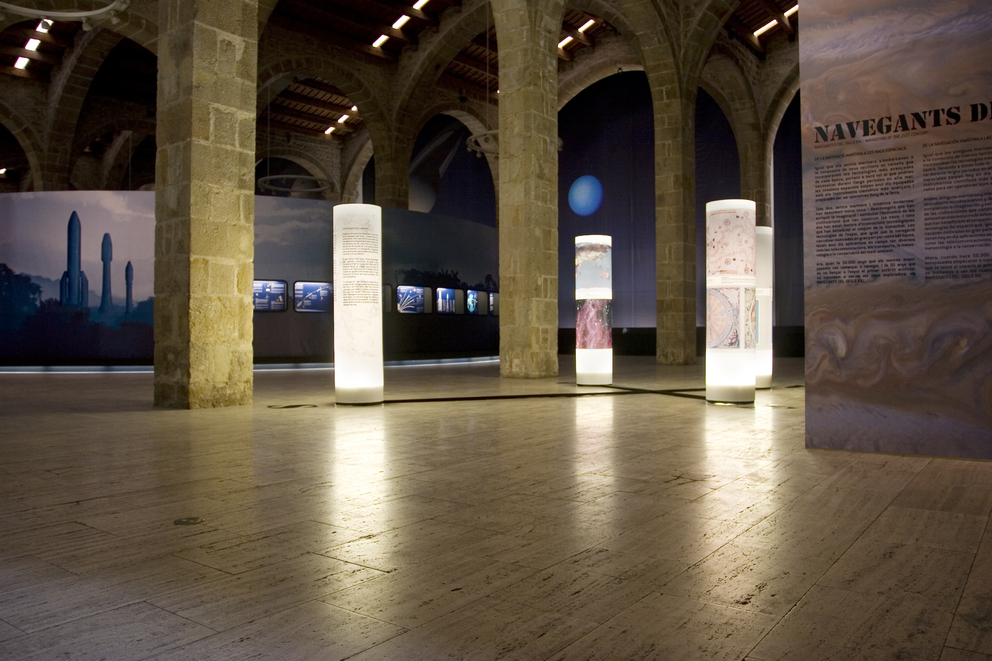 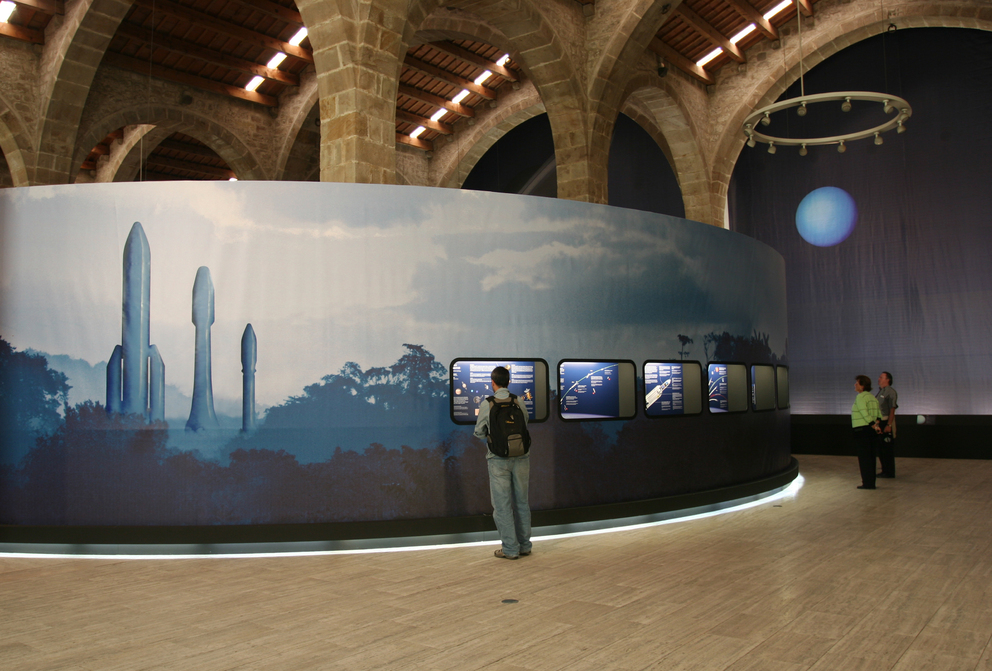 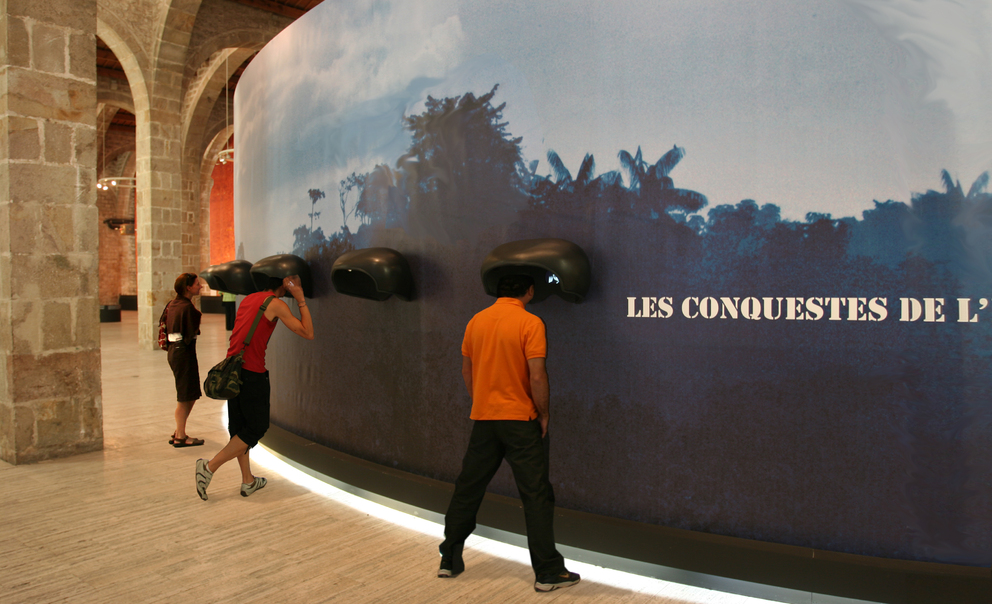 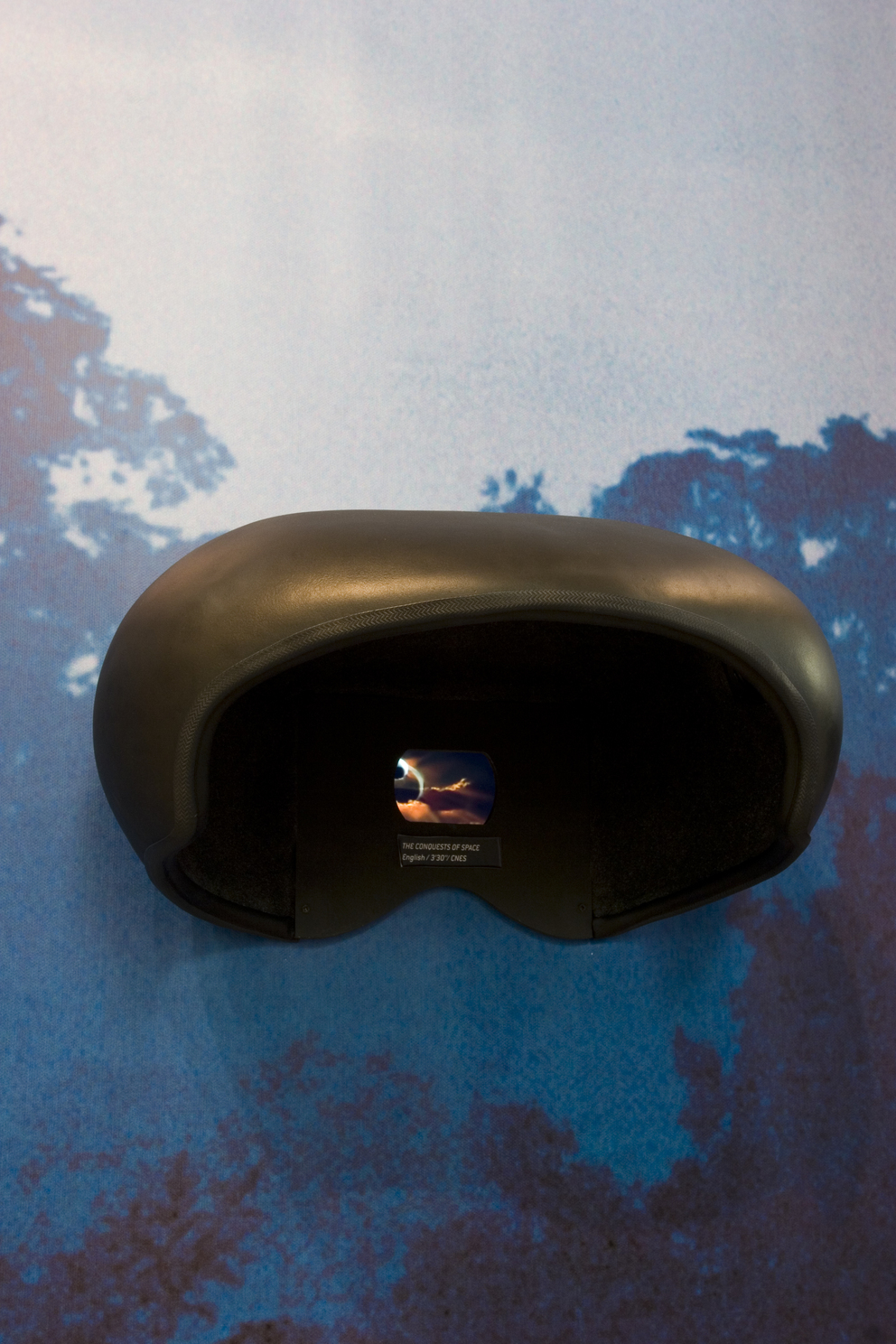 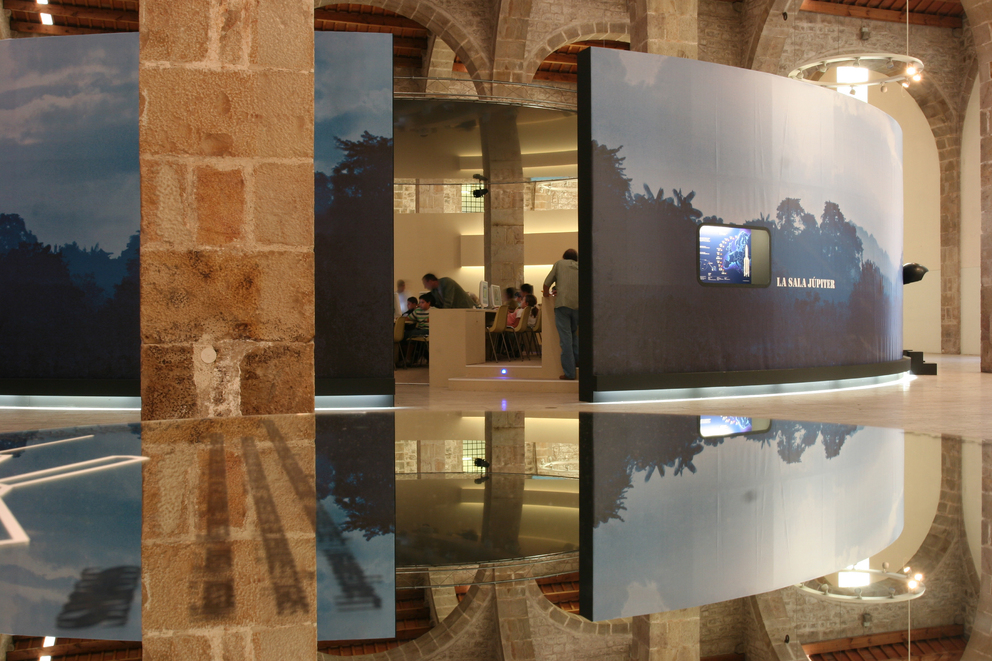 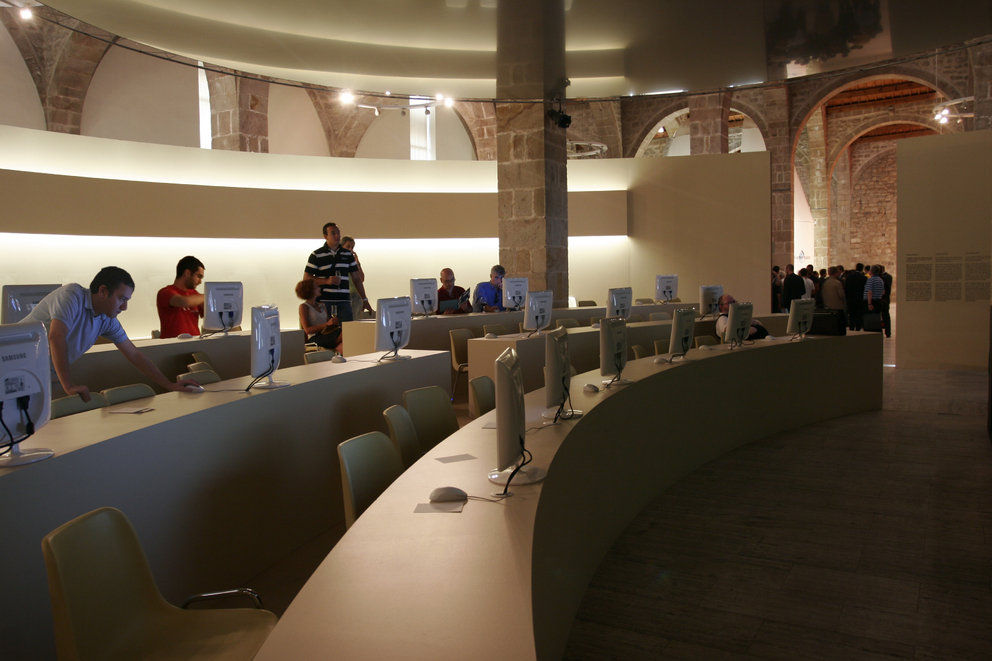 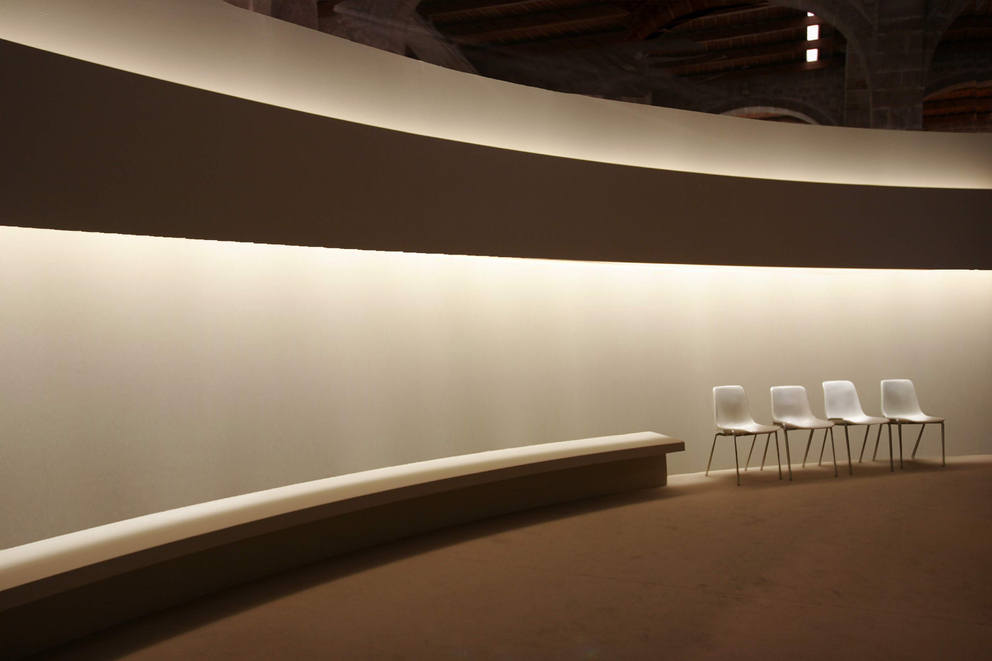 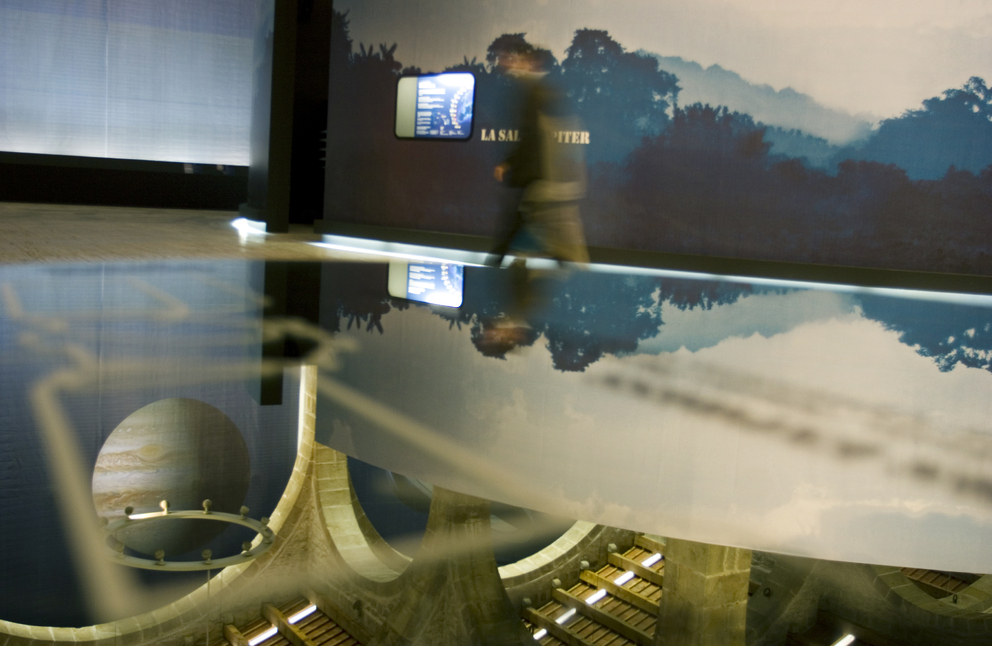 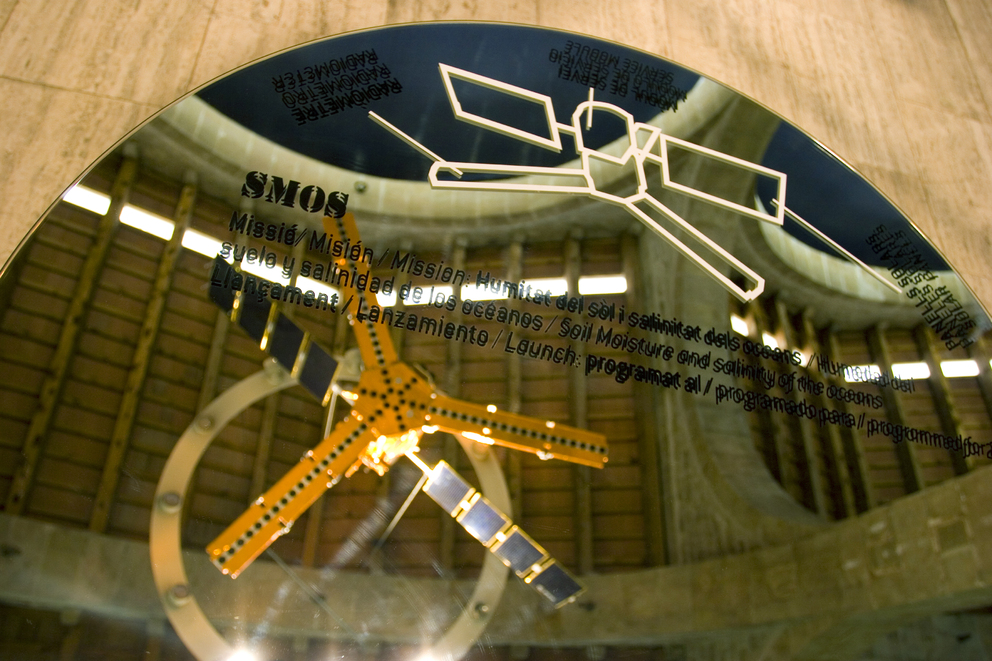 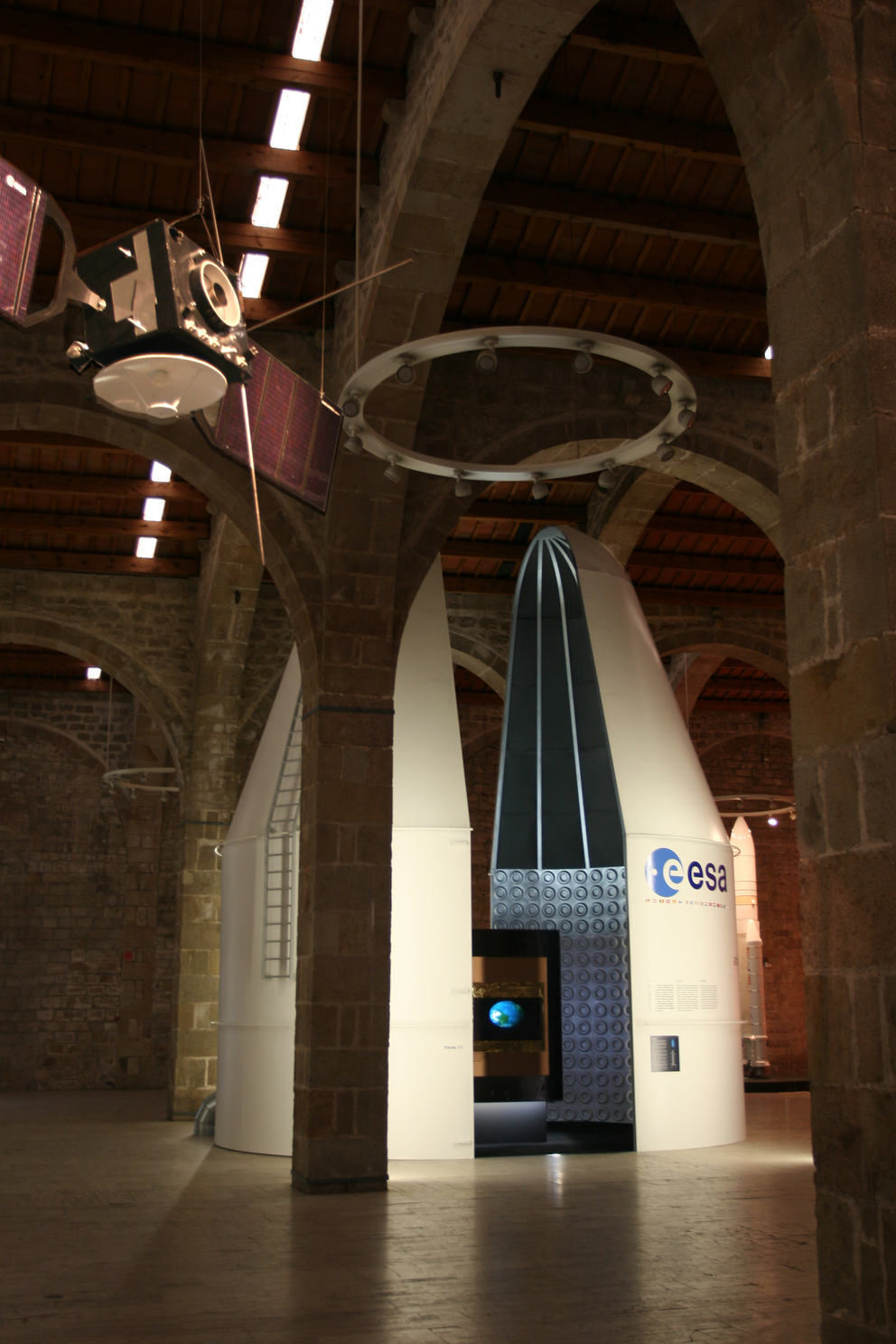 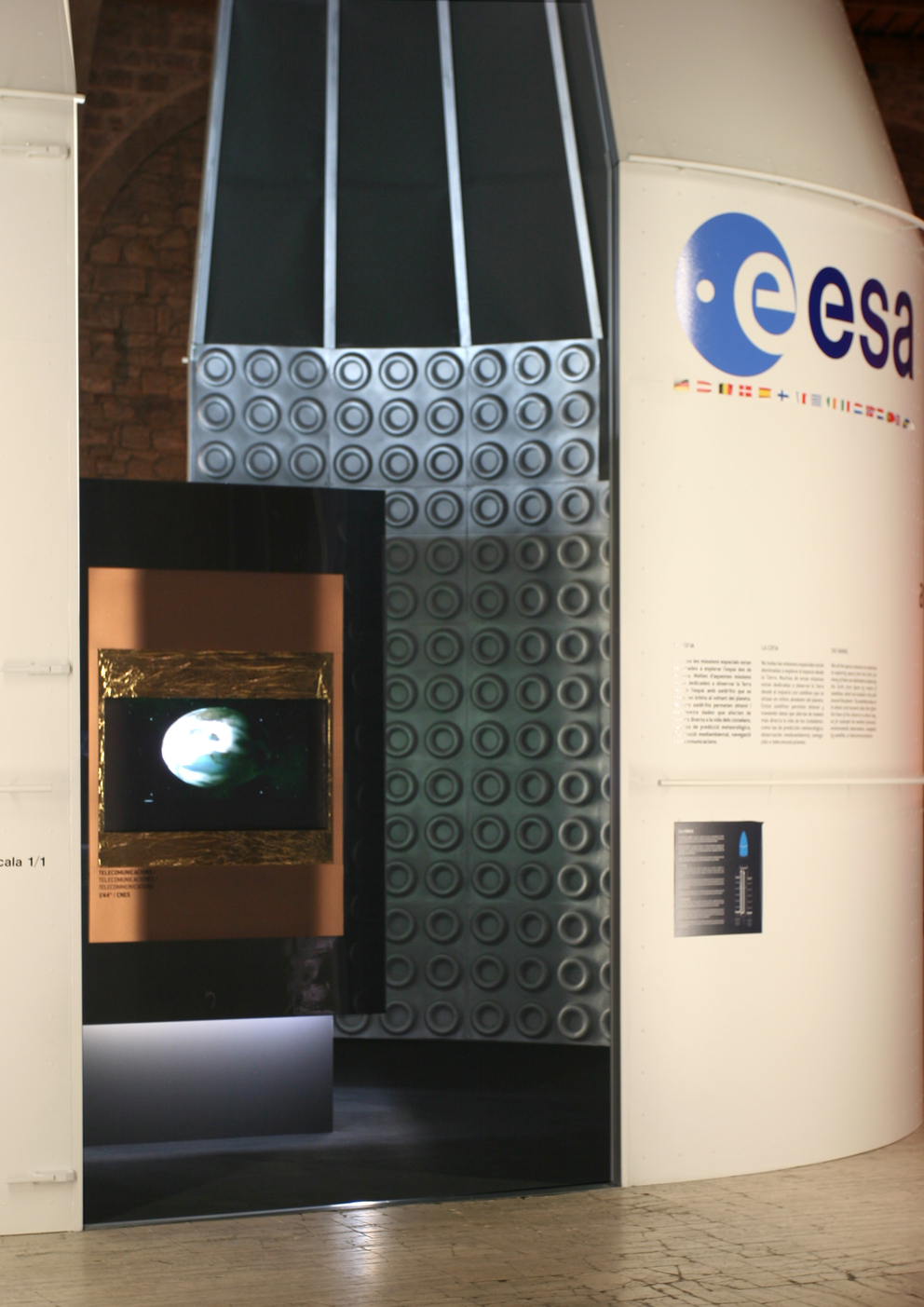 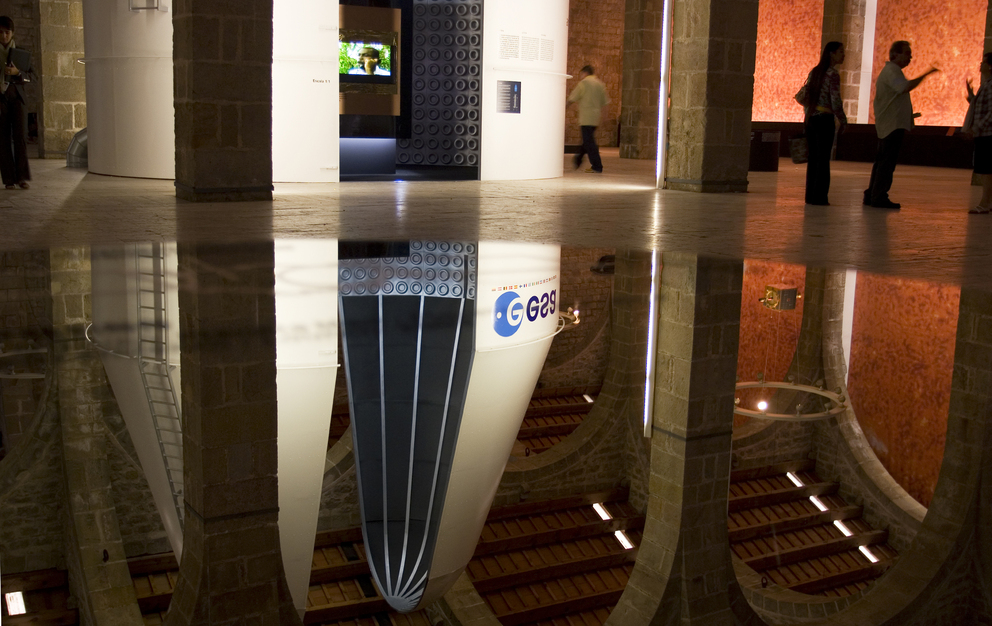 The European Space Agency ESA in French Guinea is the subject of the exhibition "Seafarers of the 21st century" held in the Maritime Museum of Barcelona. The former medieval shipyard is an appropriate setting for the high-tech space ships on show which include a space rocket (scale 1/20), a space capsule (a real scale) and the Jupiter-room (central flight control room for space launches). The exceptional scale of the medieval shipyard offers an opportunity to create an installation with long uninterrupted views, suspended elements and almost limitless space.

The exhibition opens with an area dedicated to the axes of navigation from the 16th to the 21st century. A series of semi-transparent columns juxtapose old navigation maps with modern maps of outer space.

Drawings and projections of space missions, rockets and launch methods can be found on the exterior wall of the Jupiter-room, which extends the spectacular landscape of the French Guinea aeronautic base some 40 meters into the exhibition space and highlights the fascinating duality between high tech and jungle.

The interior of the Jupiter-room contains an auditorium with a wide projection screen so that space launches can be followed real time. The workstations are equipped with data processing network for conferences and chats as well as computers for educational and research activities.

Visible already from the entrance but located at the end of the exhibition space is the space capsule, a stunning object of 9 meters height. The real scale space capsule is parted in two (a customary procedure when loading the satellite) so that the 5 screen satellite with its images from earth can be appreciated in its interior.

The model of space carrier and the satellites (on smaller scale) hung from the ceiling are distributed throughout the space. Mirrors reflect information on their purpose and material.

The great backdrop of our solar system visually connects the different exhibition areas and ties the individual pieces together. 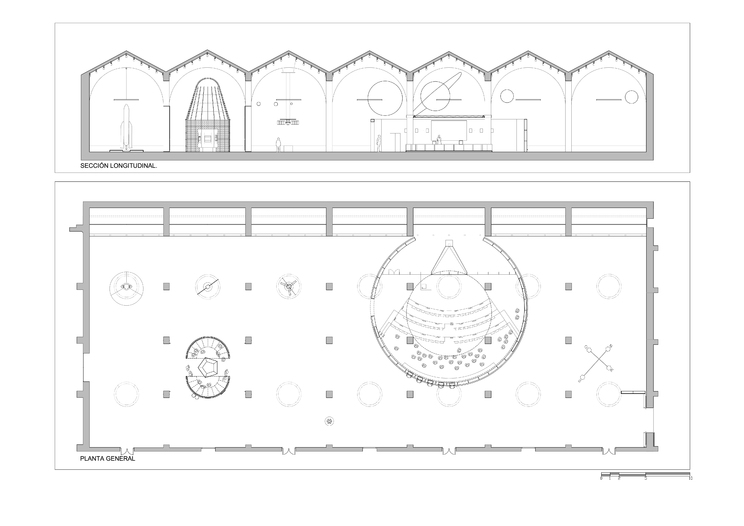 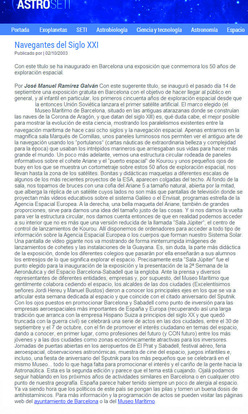