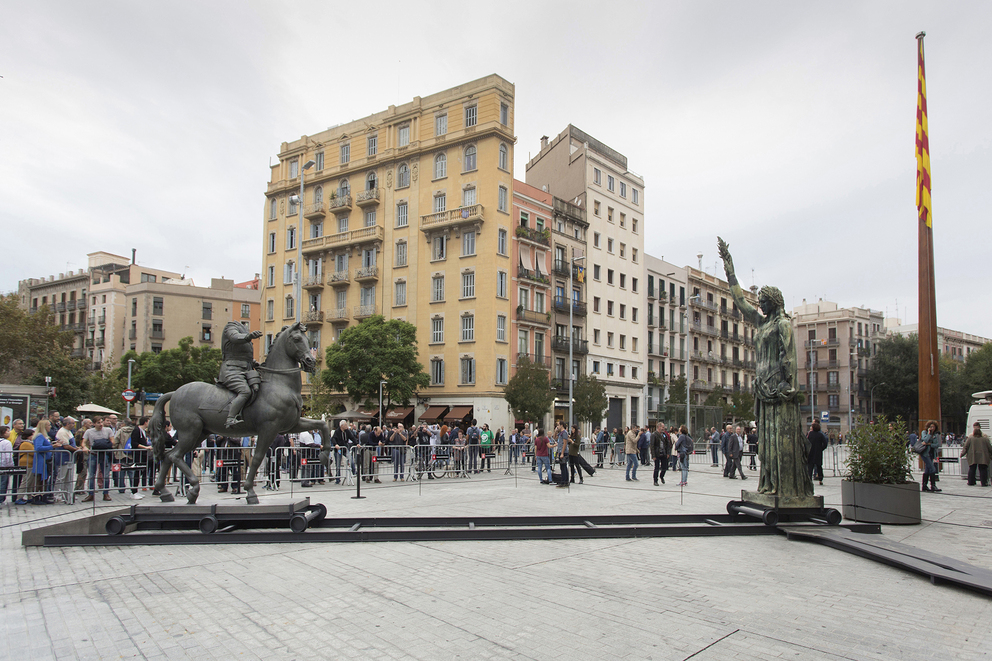 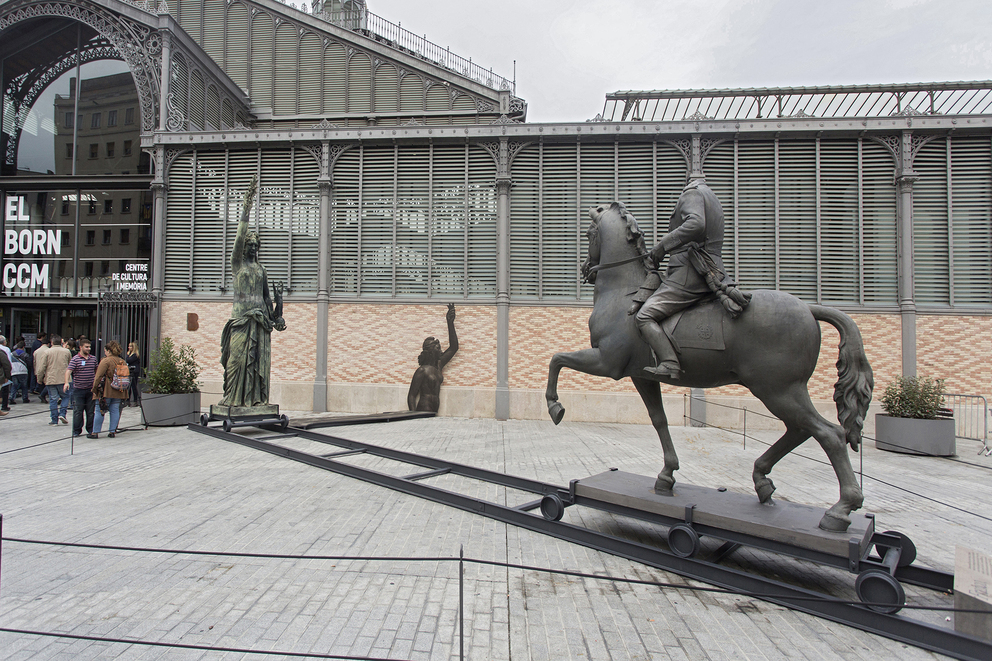 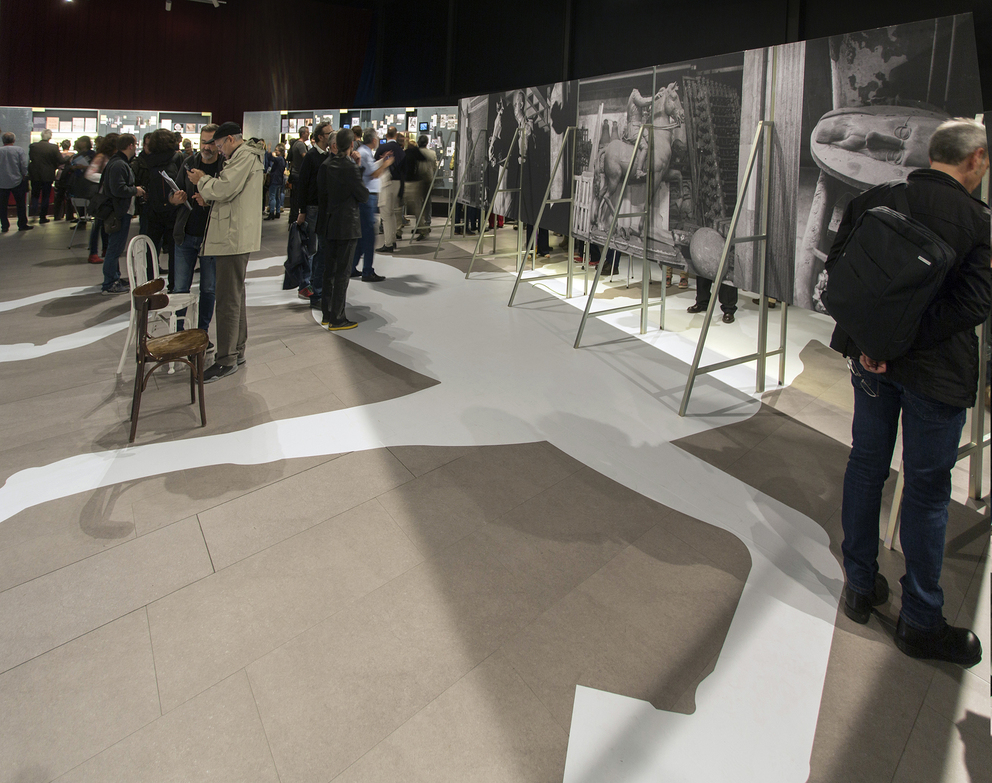 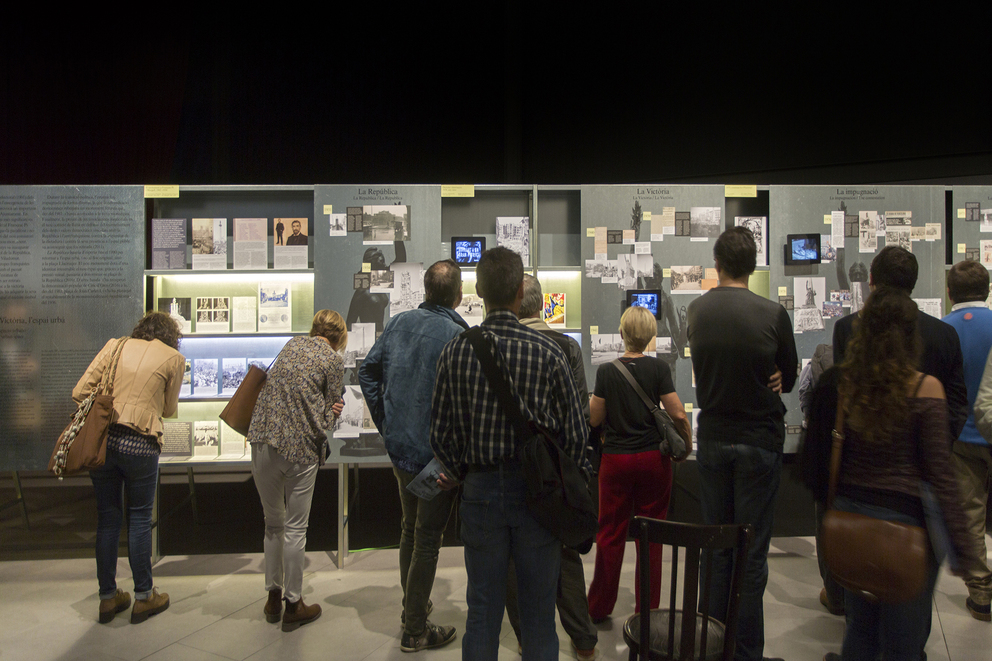 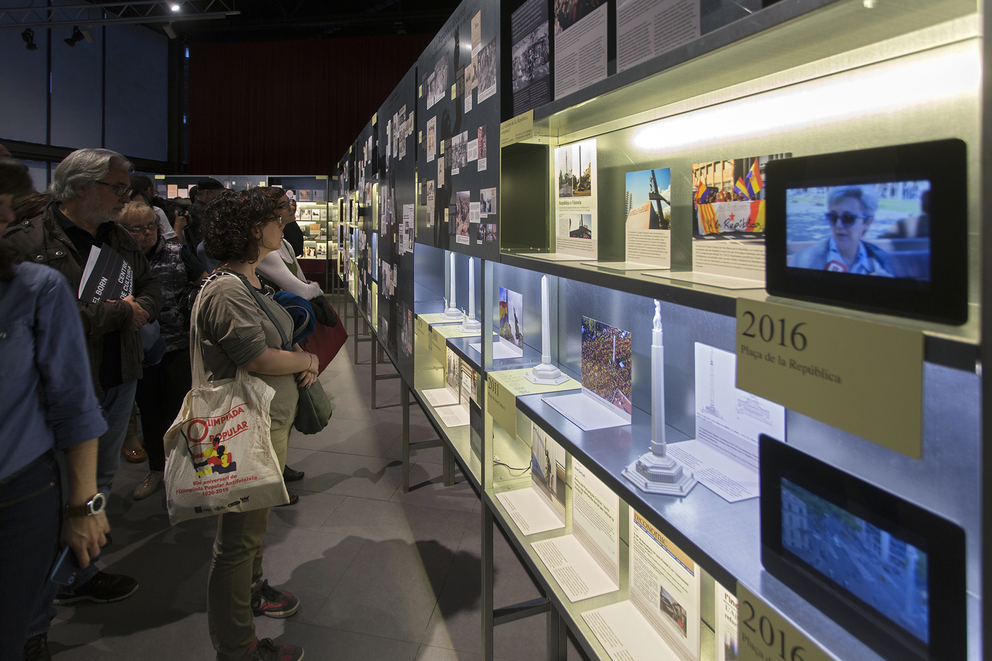 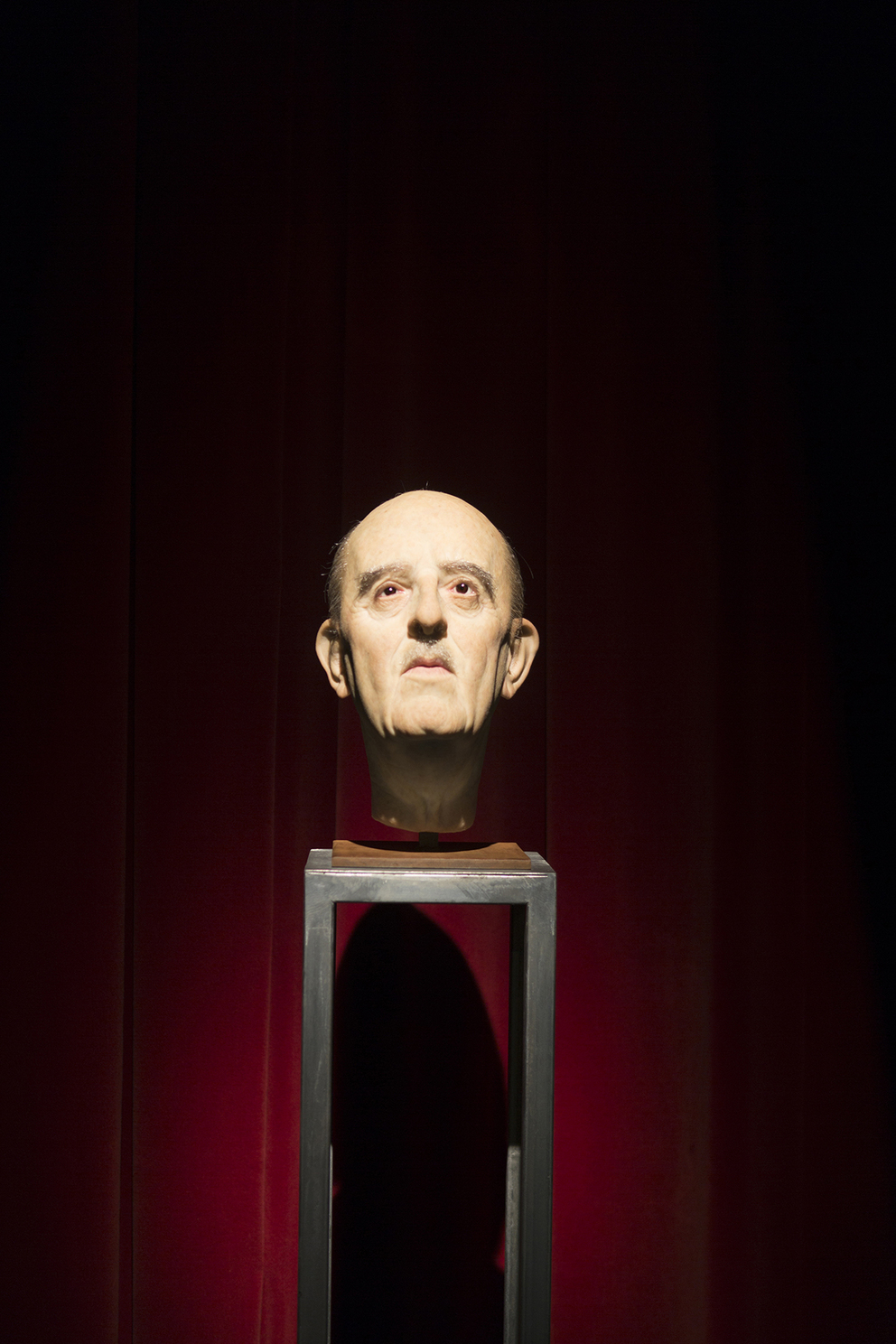 Monuments commemorate historical events, their pedestals, columns, obelisks and triumphal arches mark the permanence of power through the appropriation of collective space. The typology of the nineteenth-century monument remained virtually unchanged until the irruption of the avant-garde movement paved the way for contemporary art to transcend the most immediate codes of power representation and seek different ways to transform, demystify or democratize the meaning of the monument.
The assignment to rescue two sculptures (the equestrian statue of Franco and the Victoria) from the anonymity of some obscure depository and to exhibit them temporarily in the public space necessarily questions the existing codes of the representation of power. Two plinth-less statues, stripped of their monumental context and badly wounded (a broken waist and the loss of the head) should encourage a debate on the ideological manipulation of public space and help to analyse how our democracy deals - or not- with the recent past (Franco regime) .

The “rescue” operation unites the decapitated equestrian statue of Franco, the allegorical sculpture of the Victory and the shadow of the Republic in the central Born Square. The original alignment of each sculpture within the context of the city is maintained; only the distance between them is reduced. The resulting constellation could also be described as a ménage à trois. To avoid monumentalizing the pieces, sustaining plinths or platforms are discarded. The concept of movement (in reference to the statue’s makeshift journey throughout the city) is a key element of the installation design as well as a compositional antidote to “monumental” perception.

Inside the former market building, the exhibition reveals the detailed history of the three monuments. The exhibit is a large research room with all forensic material (historic documents, official publications and photographic evidence) displayed on large metal shelves and investigation panels. The challenge for the viewer is to draw his own conclusions from the string of evidence on display. The austere and utilitarian formal design language draws its inspiration from libraries, the obscure city warehouse (in which the sculptures were found) and police investigation panels.

The photographic sequence of the ever mutating obelisk on Av. Diagonal (republic- Franco regime - monarchic) and Franco’s long shadow define the parameters of the exhibition space which is organised in three thematic chapters. The first chapter explores the parallel lives of J.Viladomat and F. Marés, creators of the three monuments on show on the square. The second chapter, dedicated to the sculptures Republic and Victory, narrates the adventures and downfalls of the antagonistic pair of monuments that share the same obelisk in town. The third and last investigation panel charts the trajectory of Franco's equestrian sculpture on Montjuïc and analyses the painful sequels that the dictatorship imprinted on the history laden mountain. On the way out, a gap in the curtain reveals the last piece of evidence.

Meanwhile, on the public square, the monumental ménage à trois turns into an intense public affair. 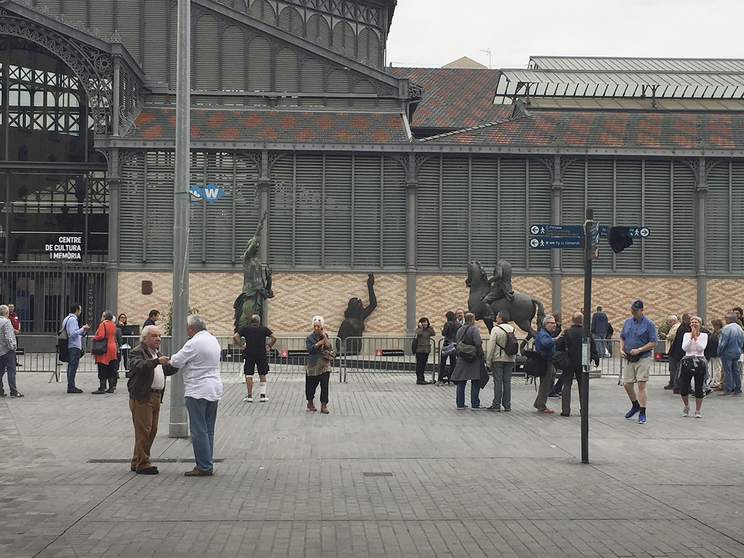 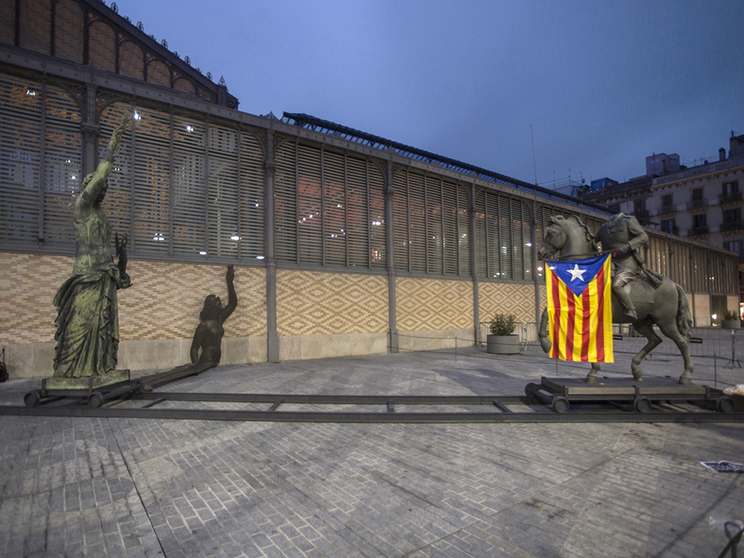 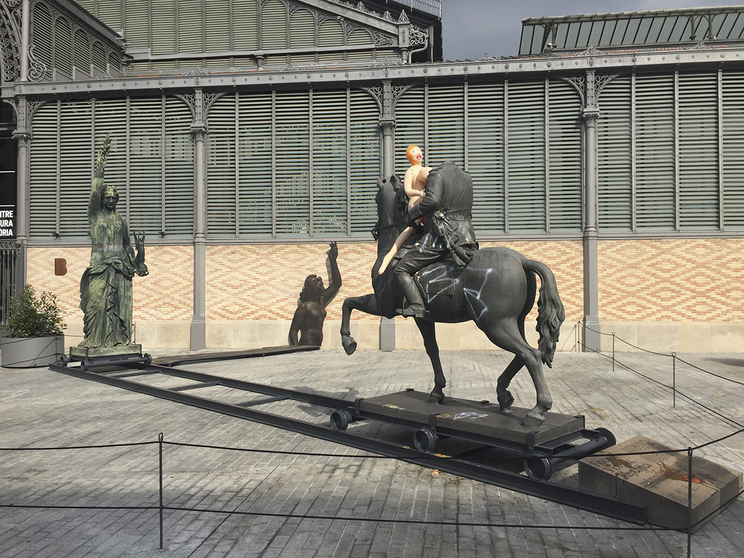 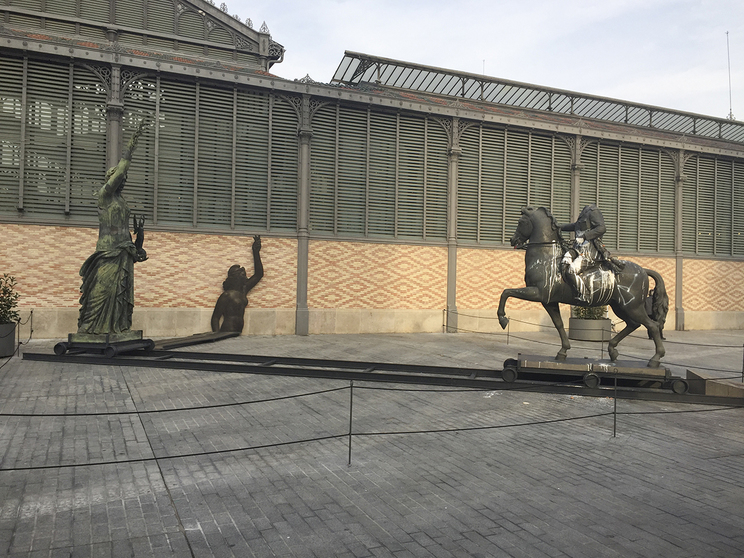 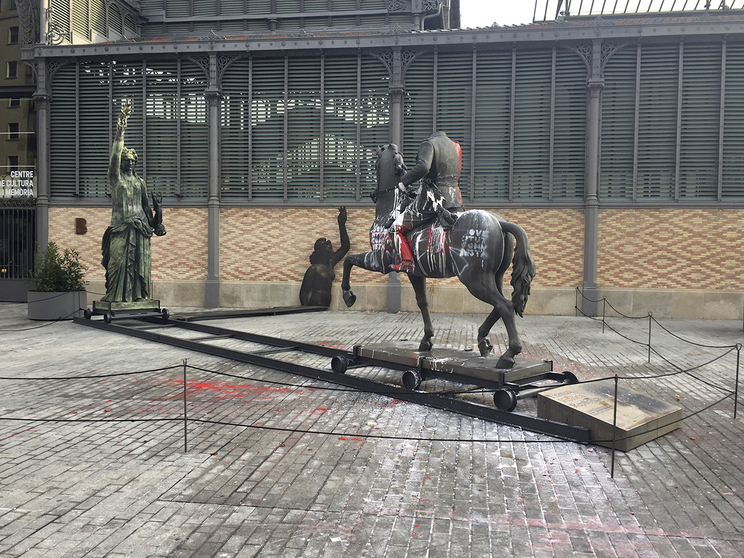 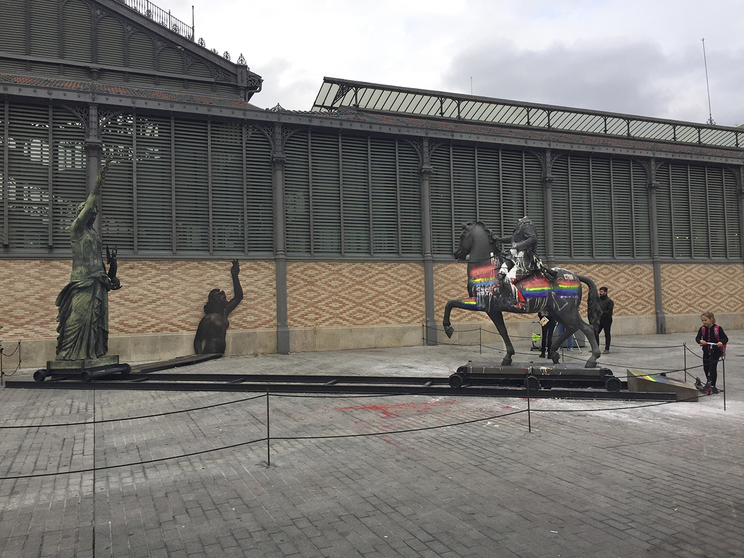 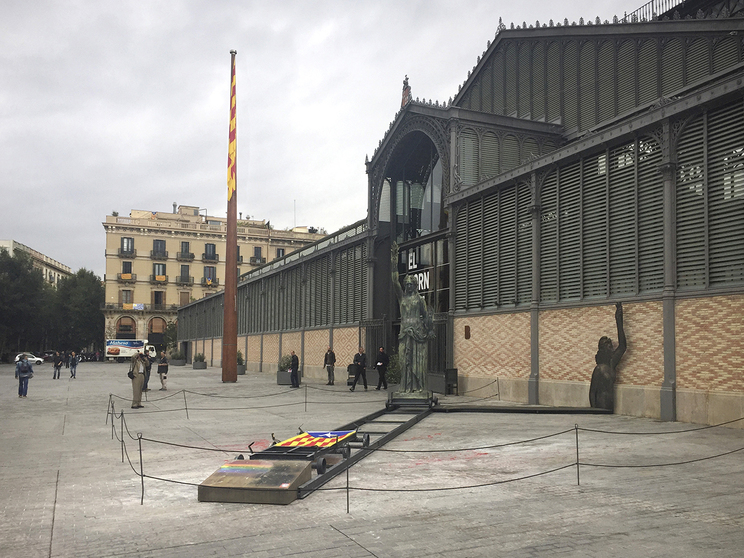 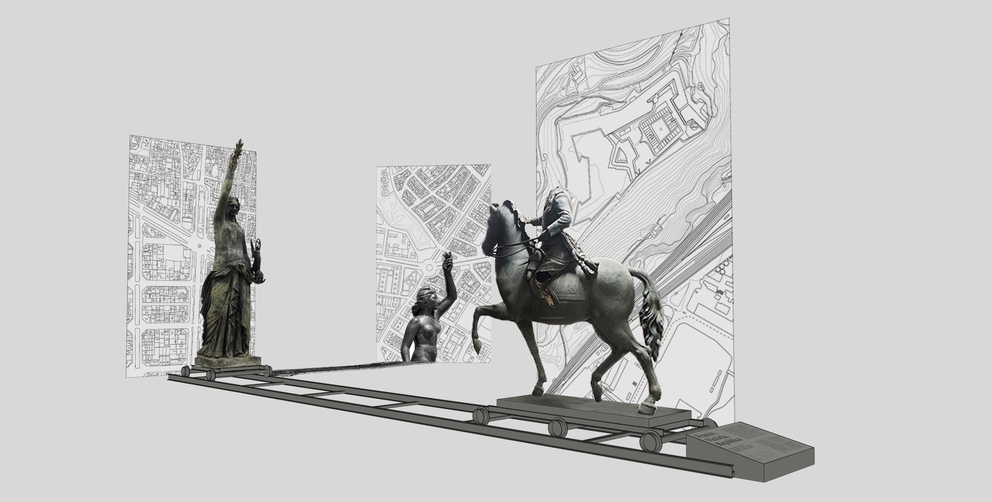