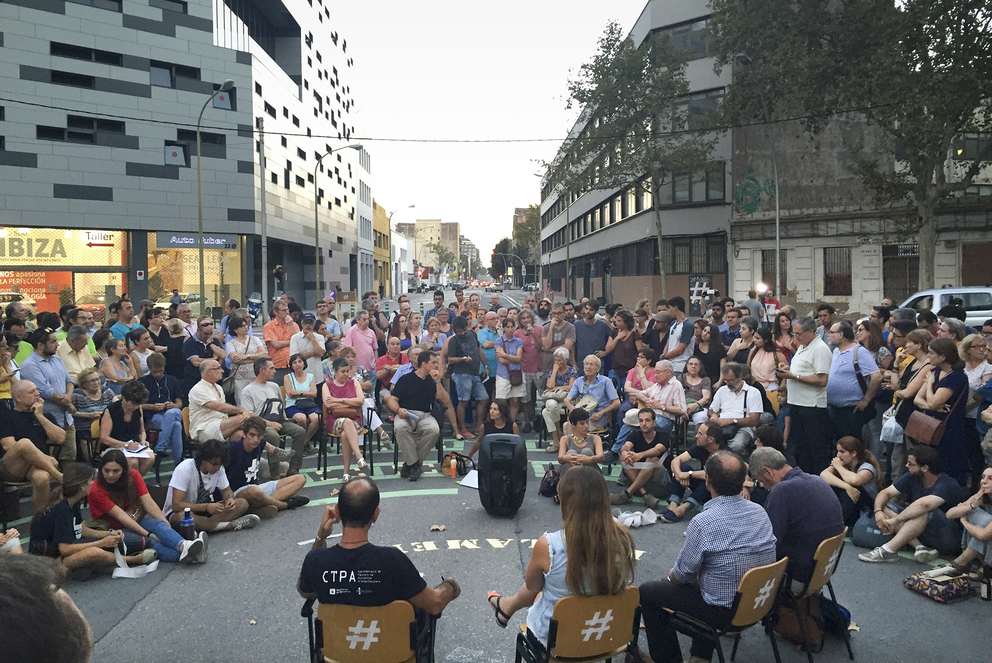 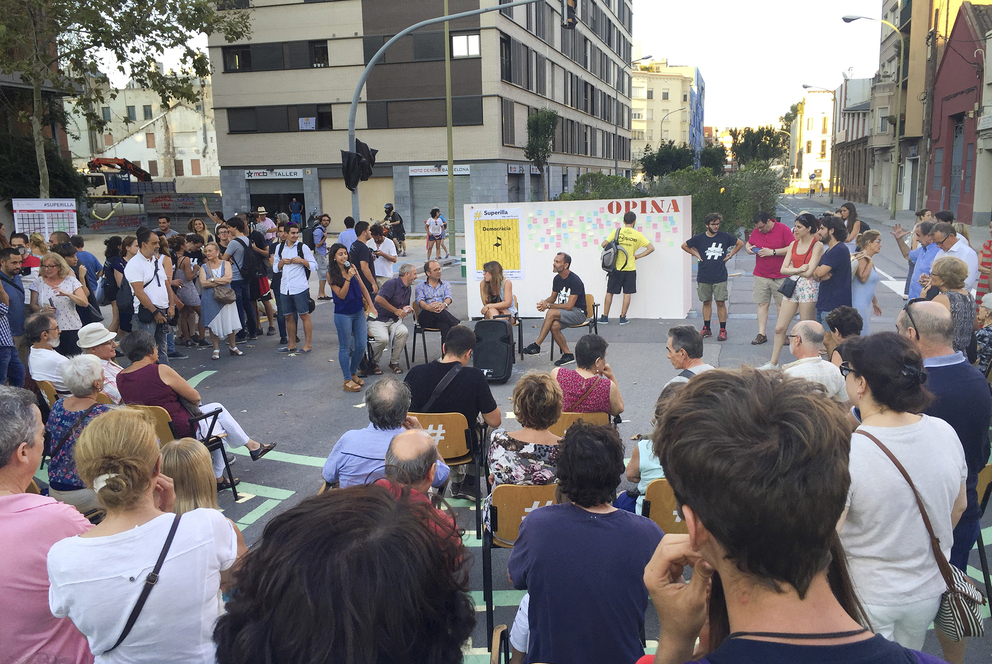 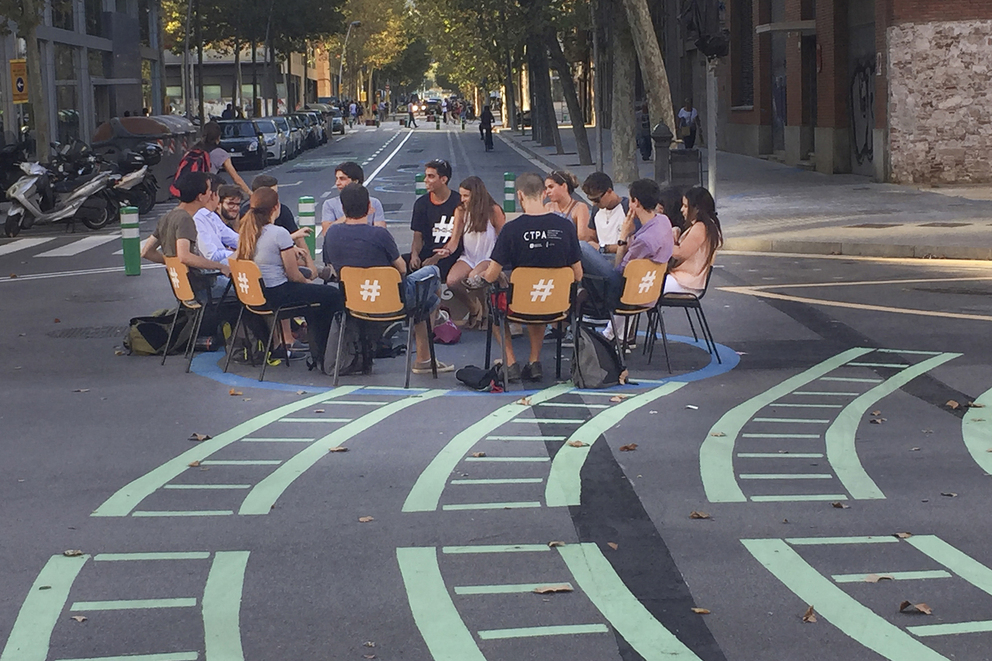 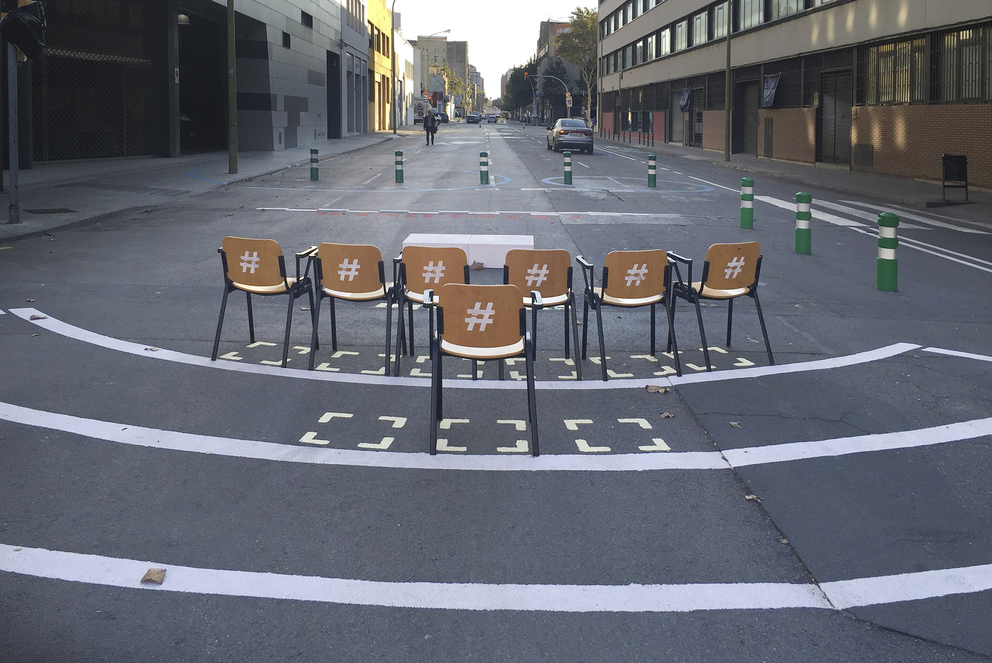 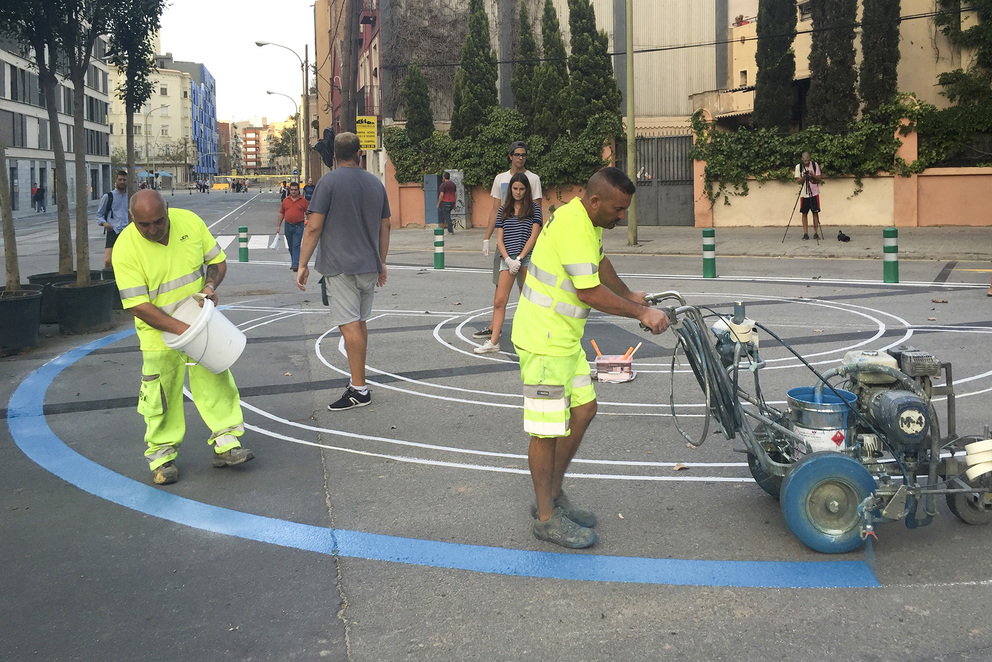 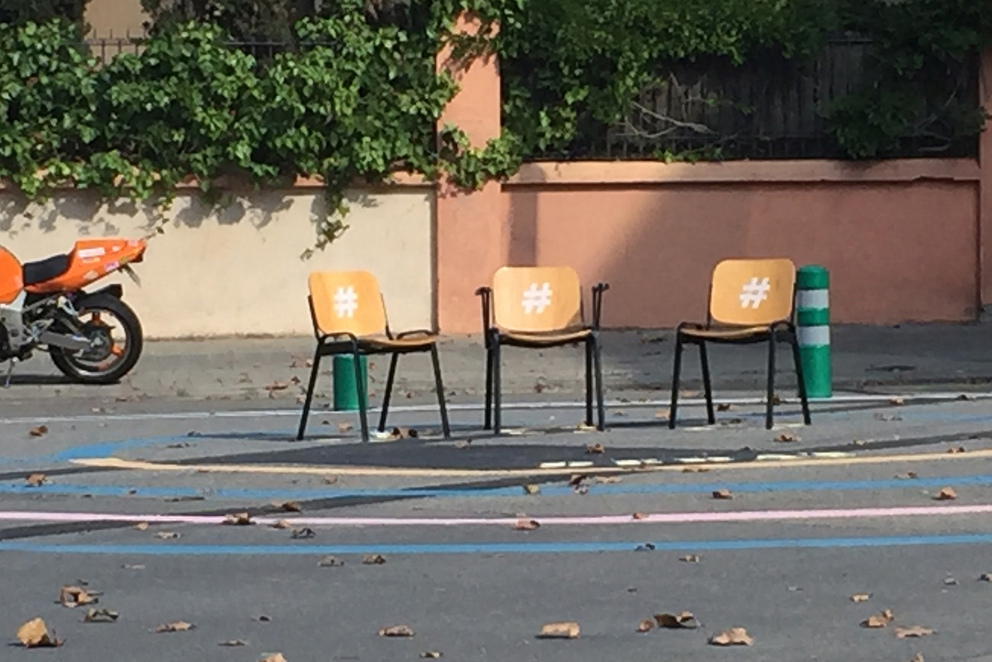 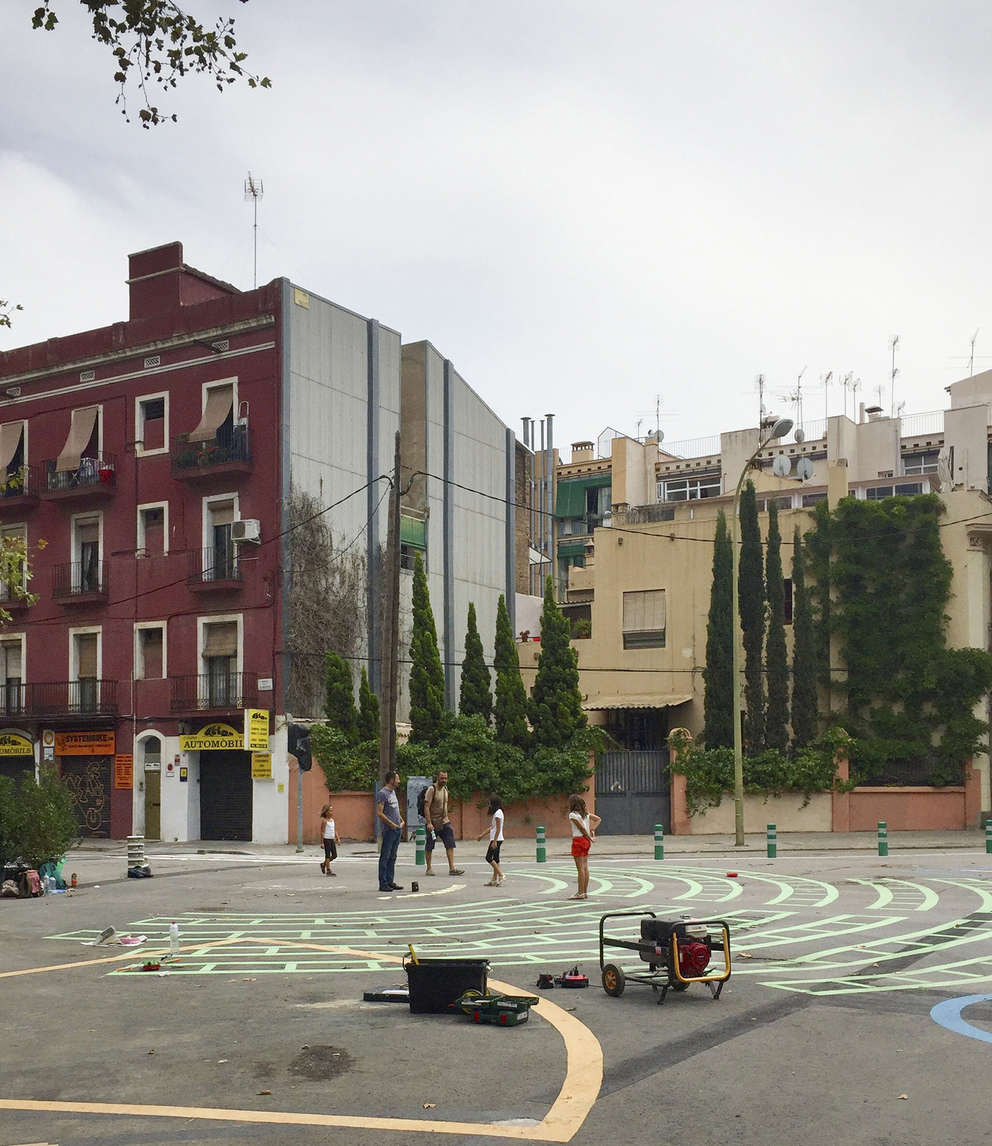 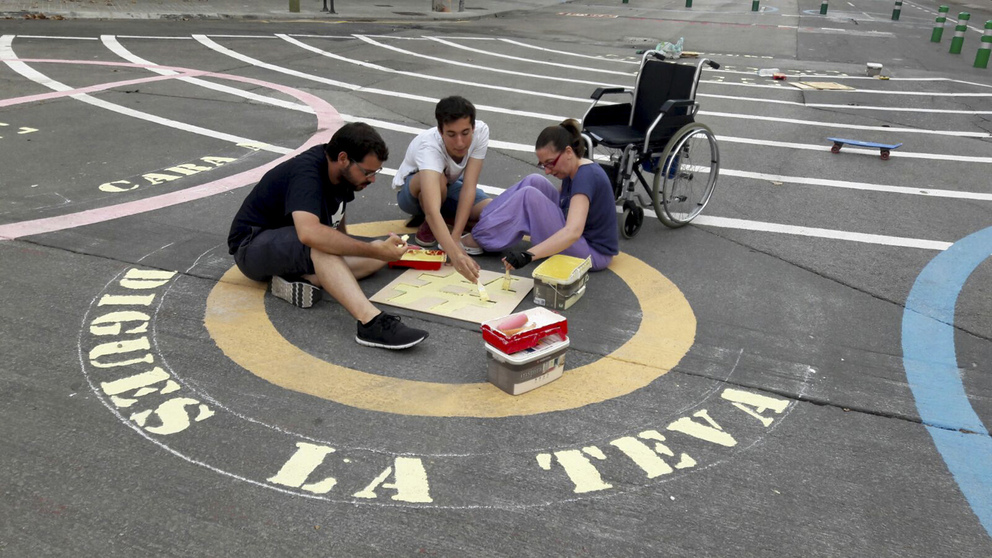 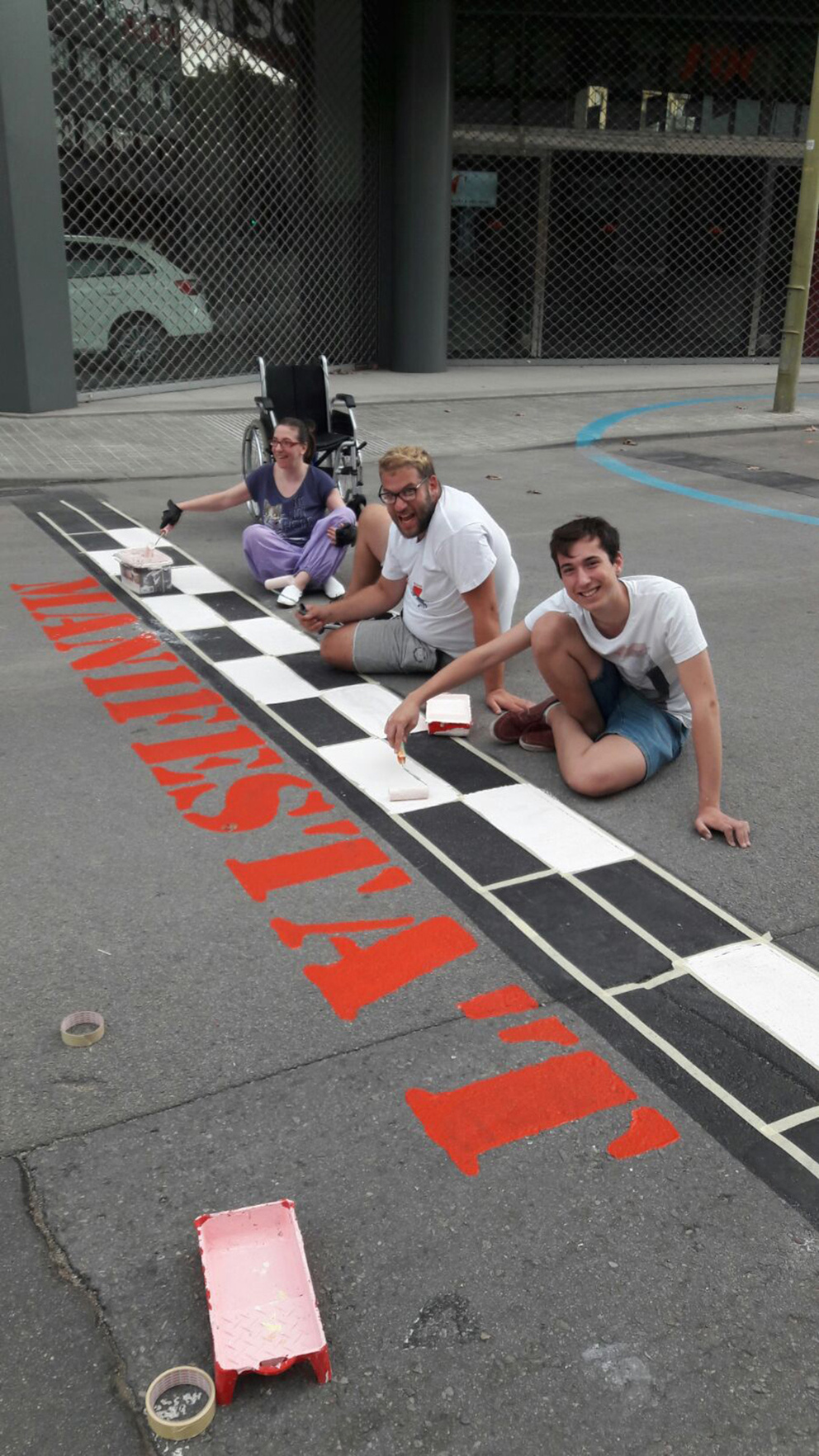 The 20th edition of the Vertical Workshop ESARQ-UIC was developed within the framework of the joint action of architecture workshops of different universities in the "Superillapilot" project, a reflection on the public domain. The urban action "expression and participation" was located at the intersection of the Sancho de Ávila and Ciutat de Granada street in Poblenou.

The urban action was to achieve the temporary transformation of a street junction with great vehicular traffic and imposing urban scale into a place for meeting, participation and expression for the neighbourghood.

The students investigated different assembly formats that could serve as a model for the action. They analysed the conditions and scale of its implementation in situ and studied the impact on the urban space. They explored different formats, scales, times and types of intervention while working with the hypothesis that some elements of the action could be permanently incorporated into the urban landscape, be it a trace, a memory, or proof of a new possibility of living in the city. 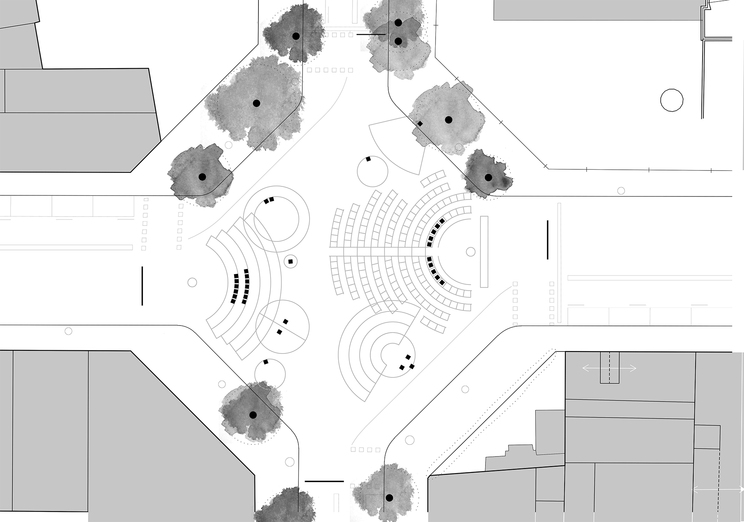