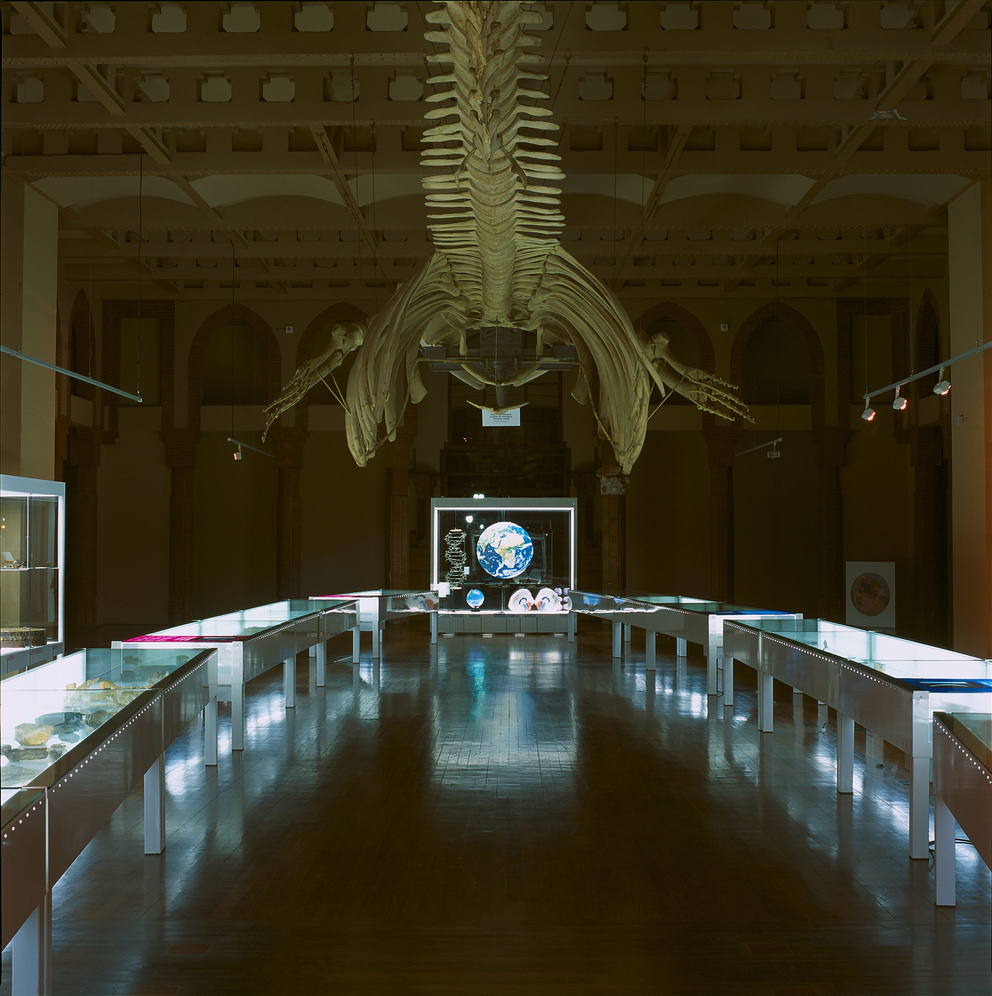 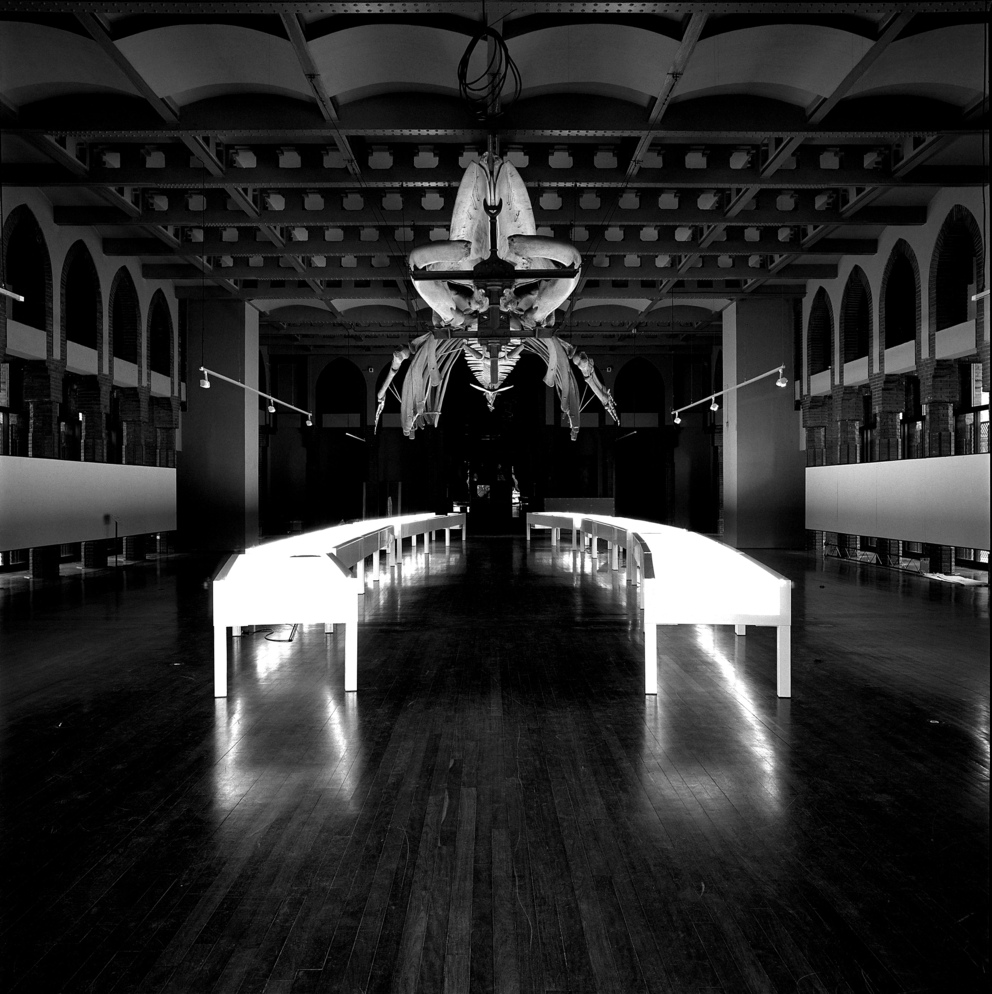 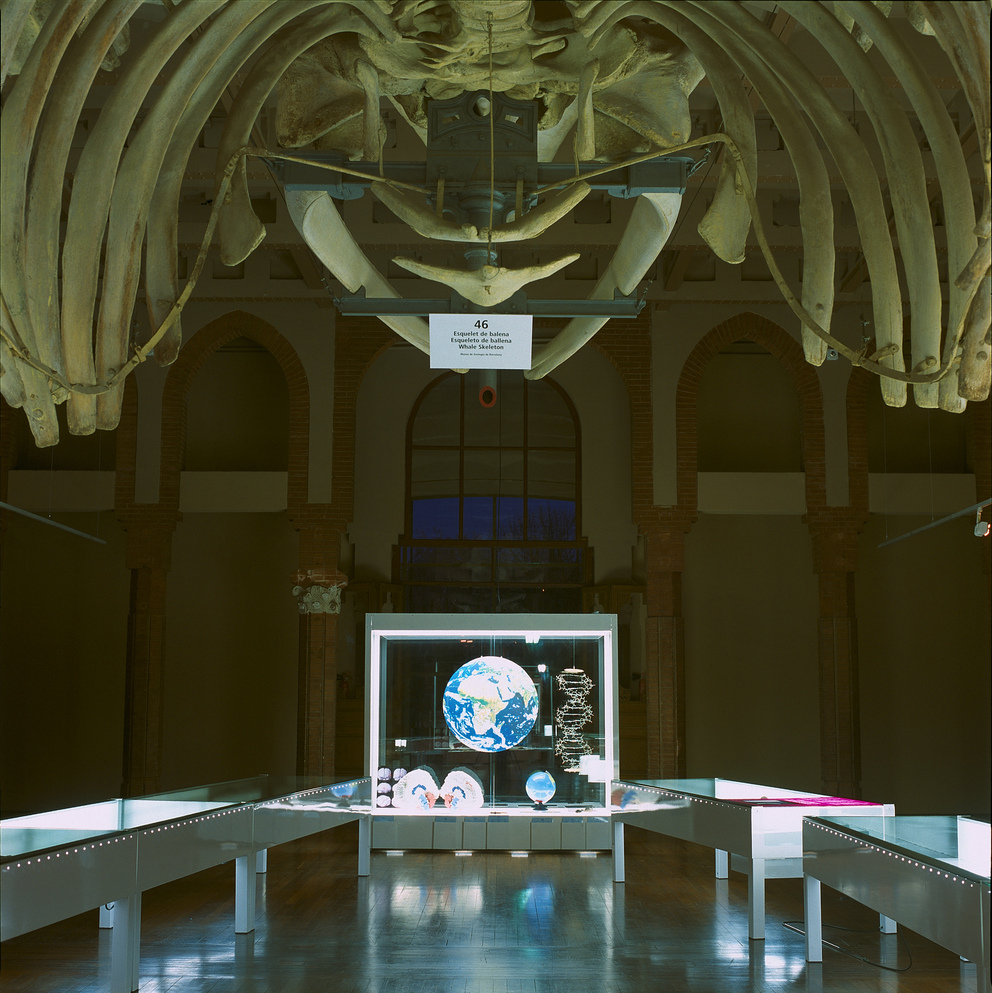 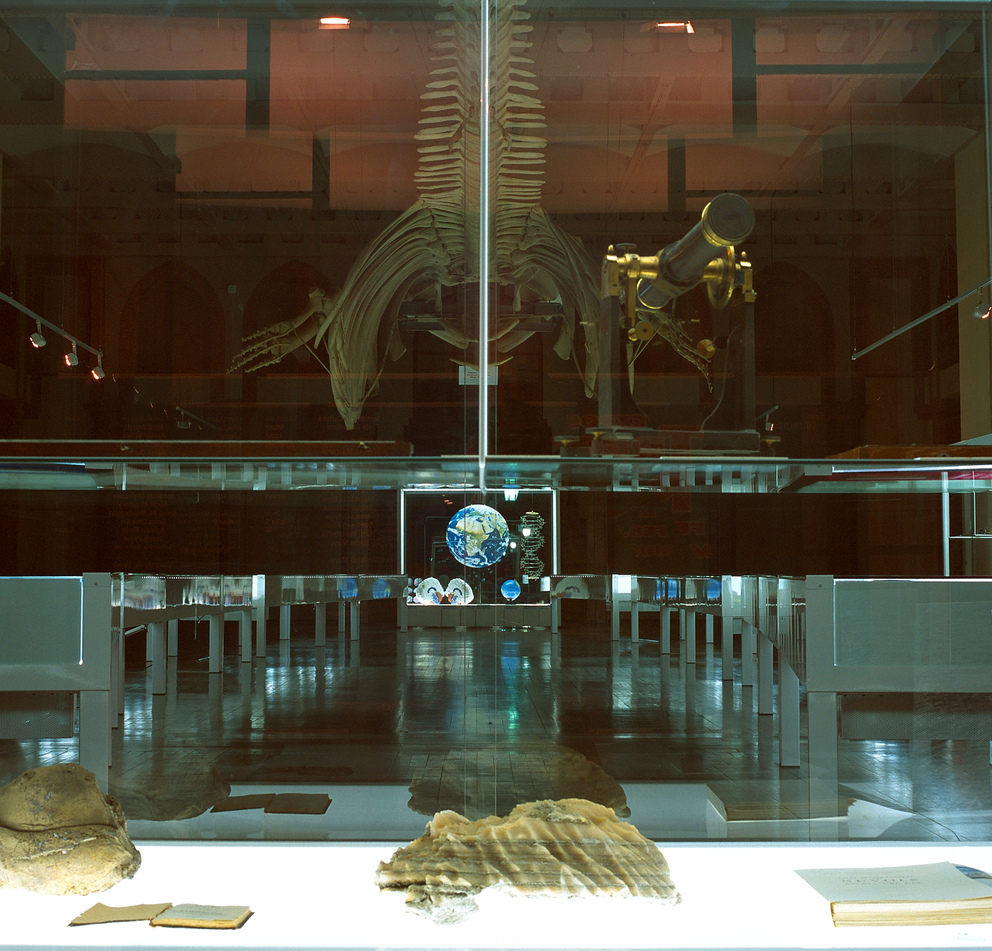 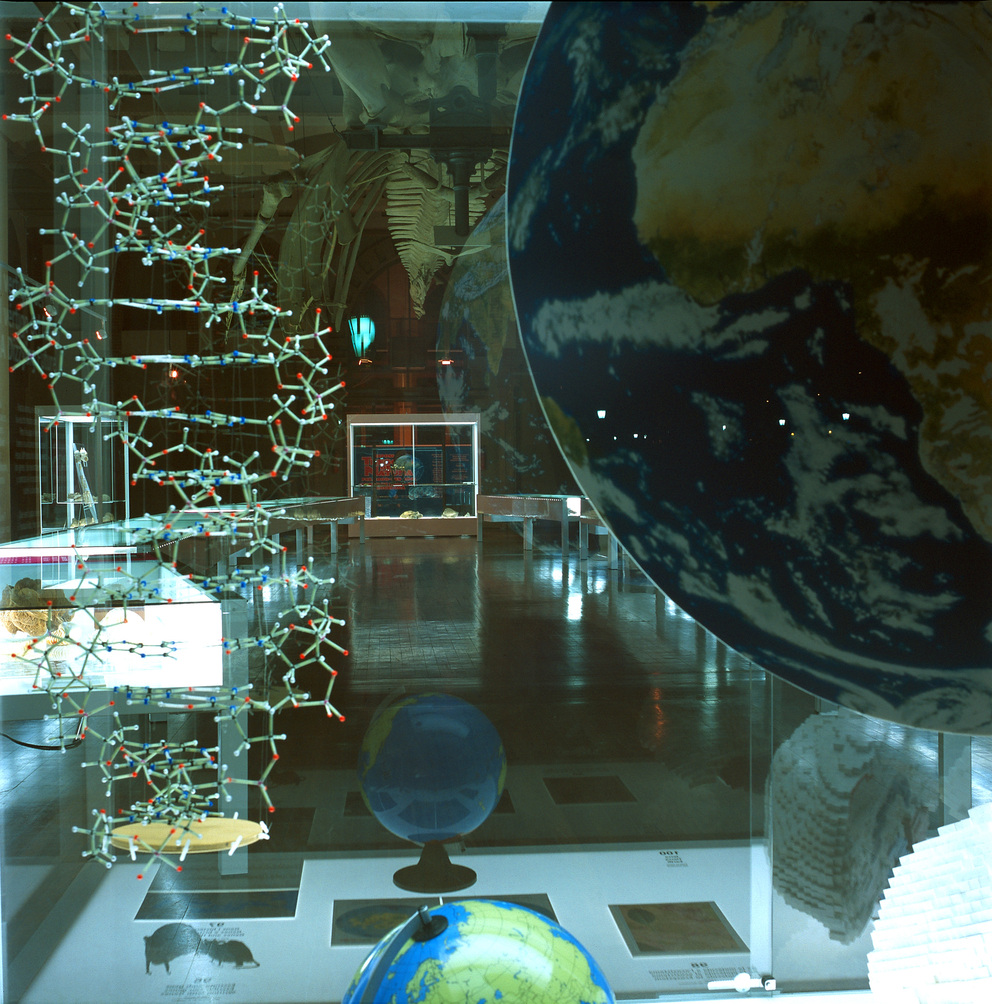 The building, designed by Doménech i Montaner, opened its doors in 1888 as a café-restaurant for Barcelona’s universal exhibition. The restaurant was housed in a large hall that opened up directly on to the surrounding park. With the passage of time and change of use, the windows on the ground floor were bared and finally blocked up, so that the space became dark and secluded, its presence hidden from the eyes of the public using the park. The starting point for the exhibition design was to retrieve function and quality of the main exhibition space by restoration the windows on the ground floor and to re-instate the visual link between the hall and the park. Three large glass partitions and display cabinets were removed to re-establish the hall in its original magnificence and increase the visual impact of the giant whale suspended from the ceiling (the building is currently used as a zoological museum).
The exhibition TESOROS DE LA NATURA comprised some hundred of objects of different kinds and sizes. The importance of visual uniformity for this diverse collection of objects and the aim to facilitate a comprehensive understanding of the material led us to opt for one single exhibitive element: a luminous table. This table provided a display surface, highlighted the profile and texture of the exhibits, gave indirect lighting in the hall and traced out the path through the exhibition.
The entrance to the exhibition was through a passage marked by a lit ceiling.
A group of hanging monitors provided information on exhibition contents and activities. In the exhibition hall itself, the lit ceiling gave way to a series of illuminated tables and display cabinets which traced out the form of a whale (the star exhibit), either side representing one of the two main themes: Nature and Naturist. Each display cabinet housed a group of related objects while the whole collection formed a lit visual banquet in an evocation of the building's original use. 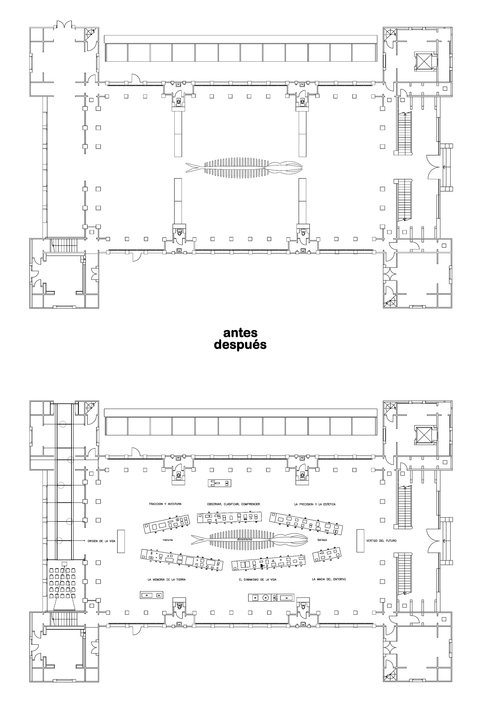 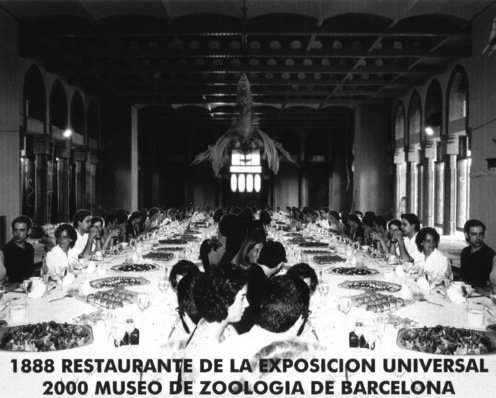