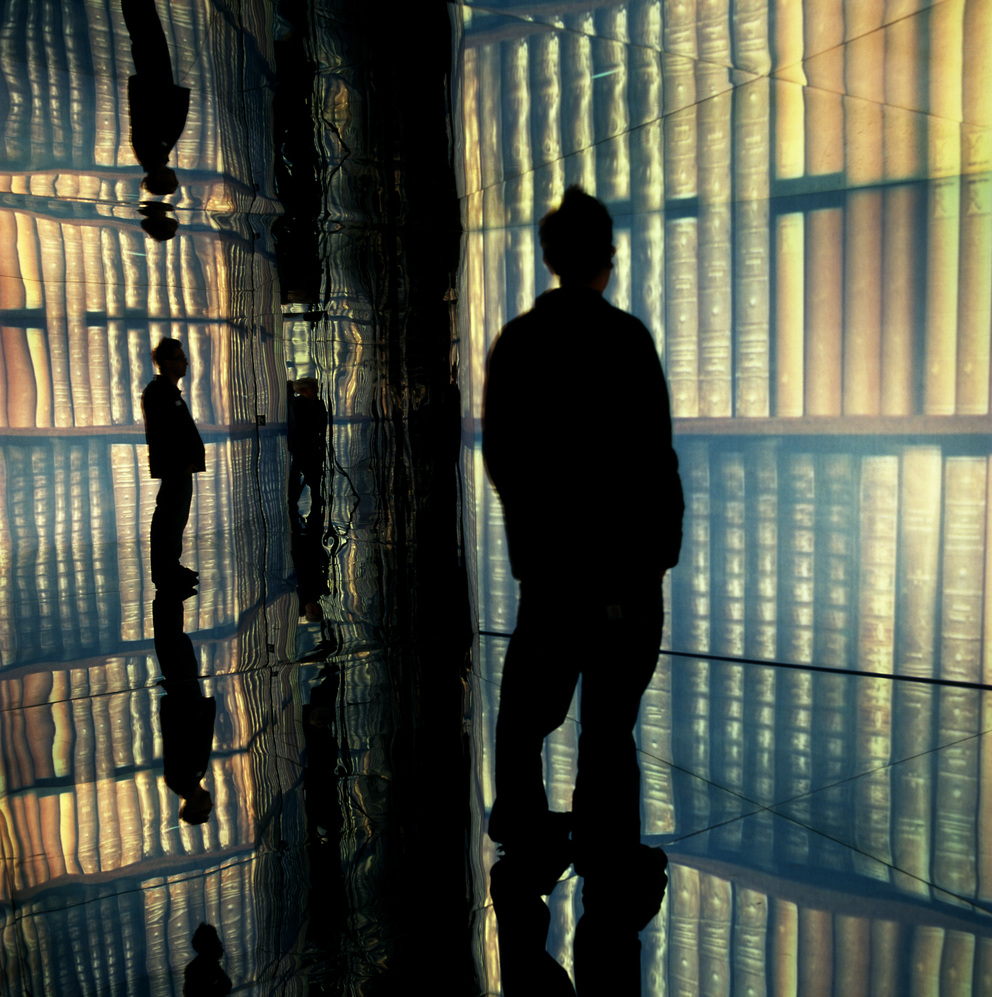 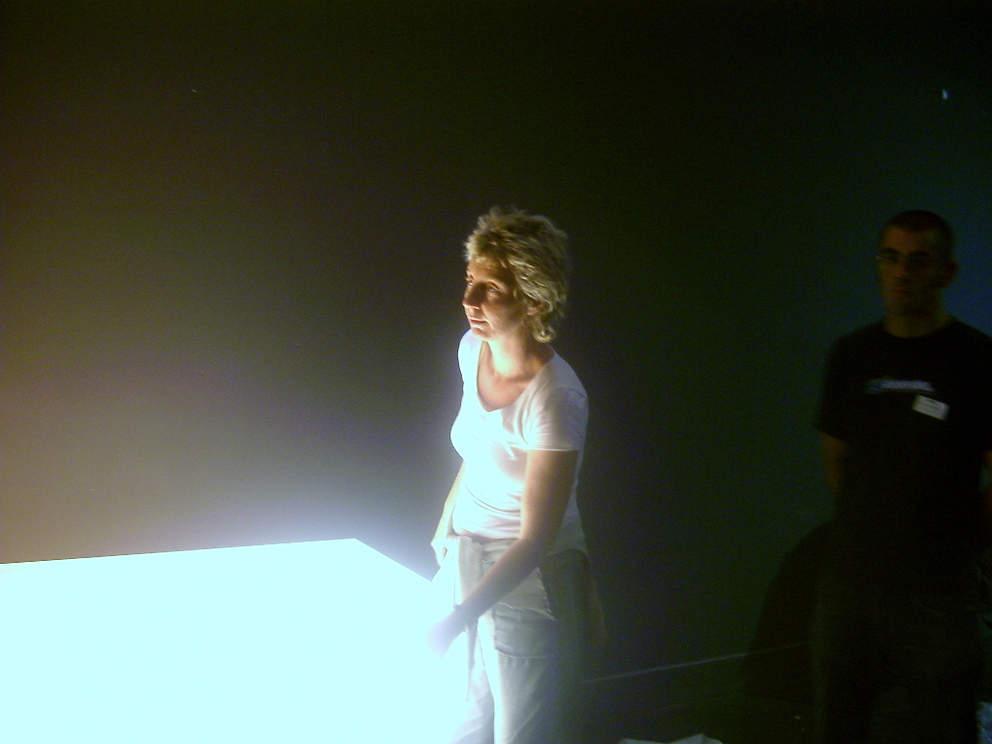 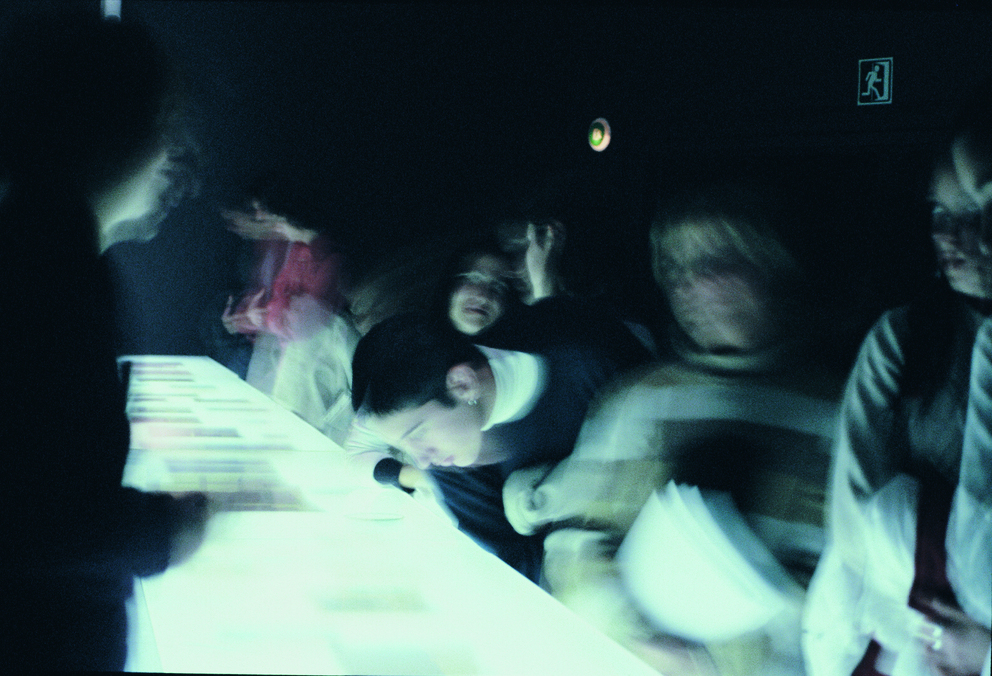 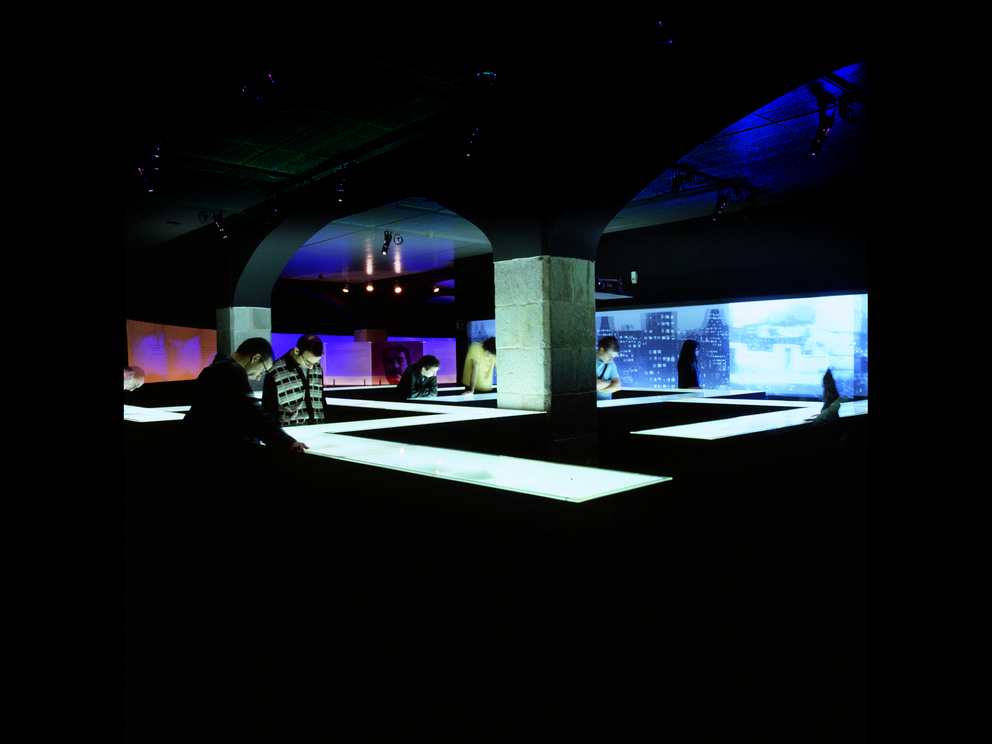 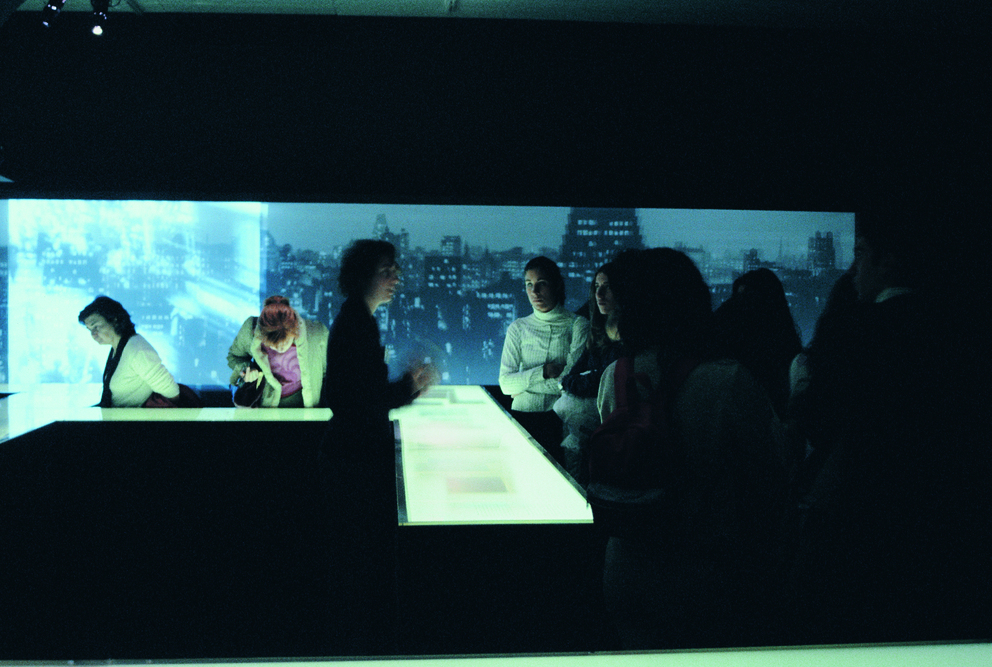 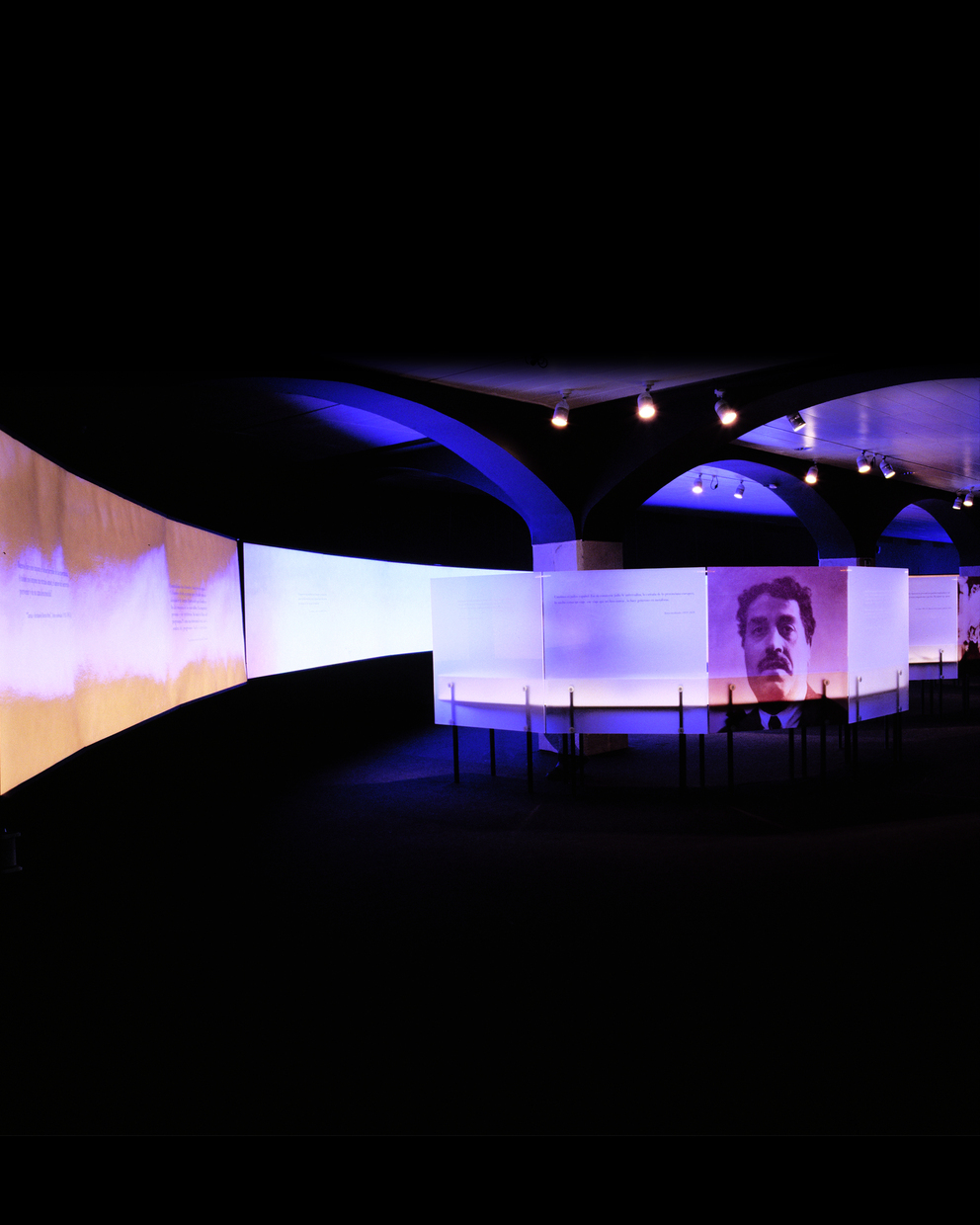 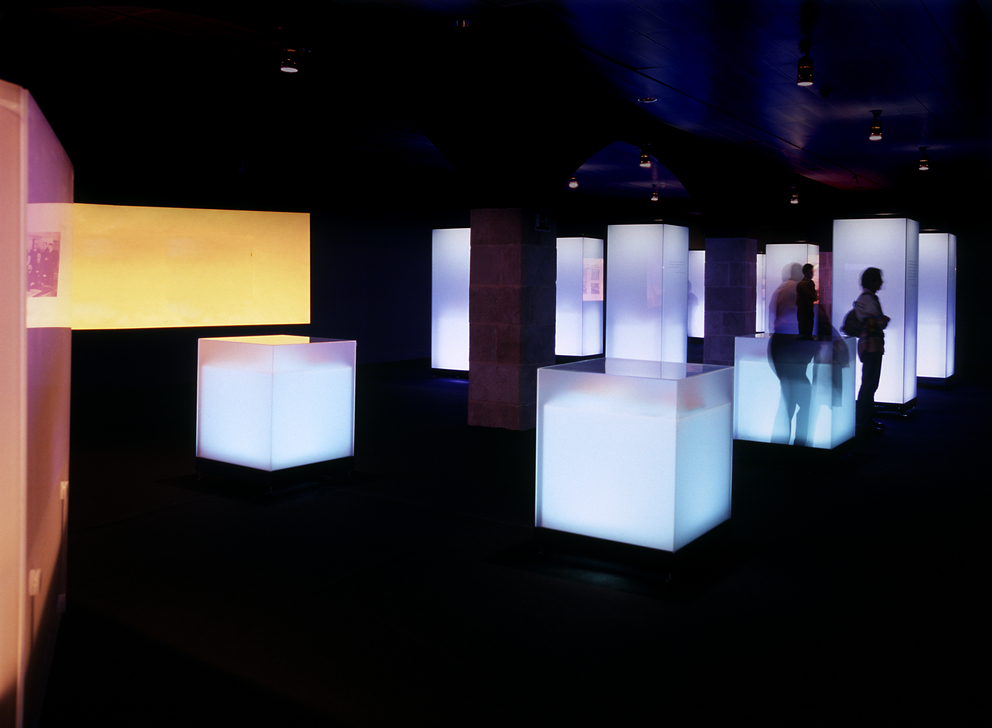 “Cosmópolis, Borges and Buenos Aires” analysed the relationship between Jorge Luis Borges and Buenos Aires, his natal city. Seven chapters (Mythical Foundation, Fervour of Buenos Aires, The Metaphysical South, The Transformed City, The Infinite Library, The Canonized Heresiarch and Cosmópolis) led the visitor from Borges’ re-foundation of Buenos Aires to his cosmopolitan attitude, culminating in the evolution of Borges aesthetics and ethics. The exhibition featured a wide range of original documents, about 310 books and magazines, some 50 first editions by Borges, 70 books from his private library and around 80 magazines in which his stories, poems and articles were published.

Borges progressive blindness which reduced his visual perception to a range of colours dominated by ochre, was a starting point for the design of an exhibition that wanted to incite curiosity and contemplation (“Nothing can be achieved without amazement and passion”, said Borges). To accomplish a suggestive and de-materialized environment we chose to “build” the exhibition spaces with the immaterial: light and sound.

Light, as the key element in this exhibition, was not merely used as a means for illuminating an object, but was designed in such a way that it turned into a luminescent body itself, shaping volumes, surfaces and paths throughout the exhibition. This embodiment of light allowed us (seemingly a contradiction) to de-materialize the items on show (books, magazines, letters and first editions), and create spaces where opaque became translucent and the material turned incorporeal.

The luminescent elements that made up the exhibition were generated by various layers of text, images and light which, in combination, read as physically dense but incorporeal matter. The different sections of the exhibition were defined by their respective variations of light, colour and sound. The optic treatment of the lit glass cases, (you can only focus on what is directly in front you), amalgamated the diversity of objects on show and outlined luminous paths that incited a contemplative and concentrated rhythm of the visit. 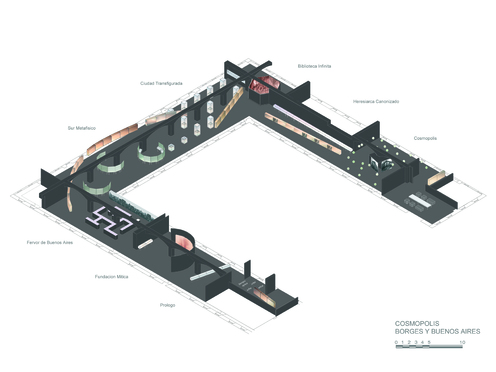 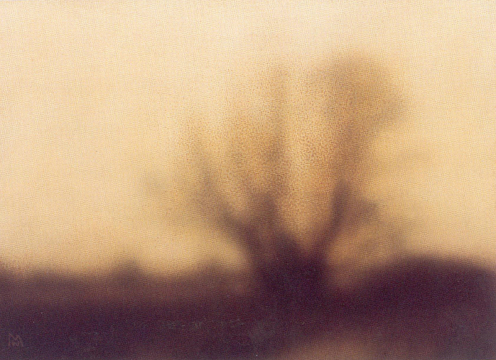 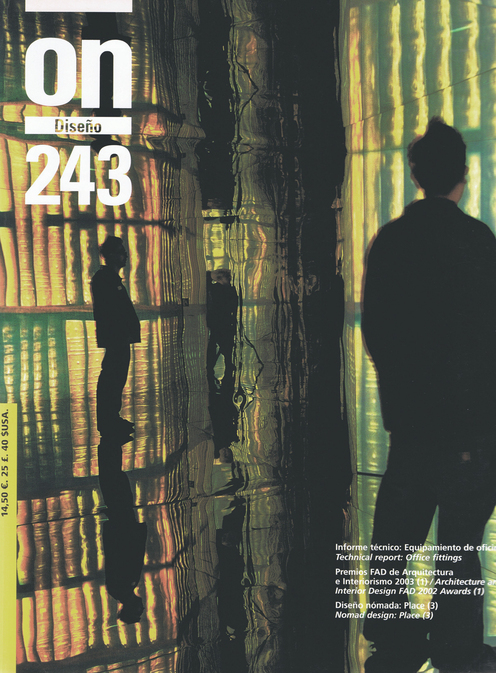 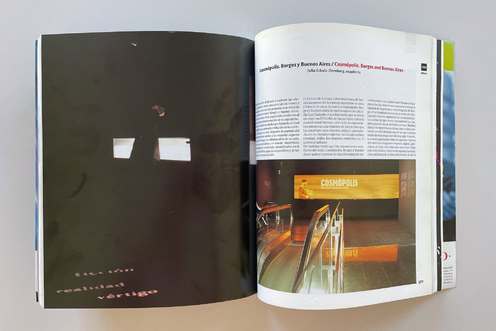 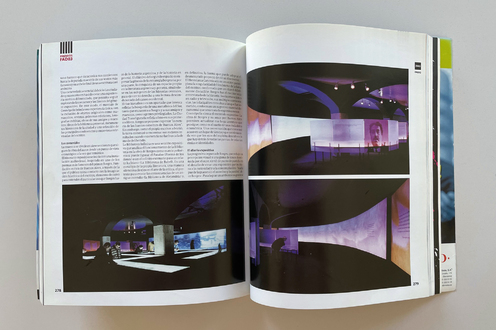 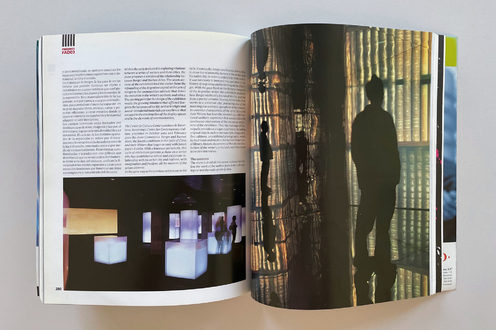 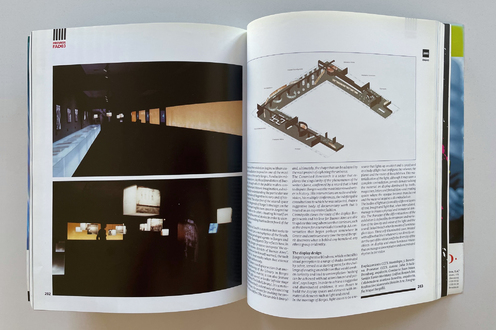