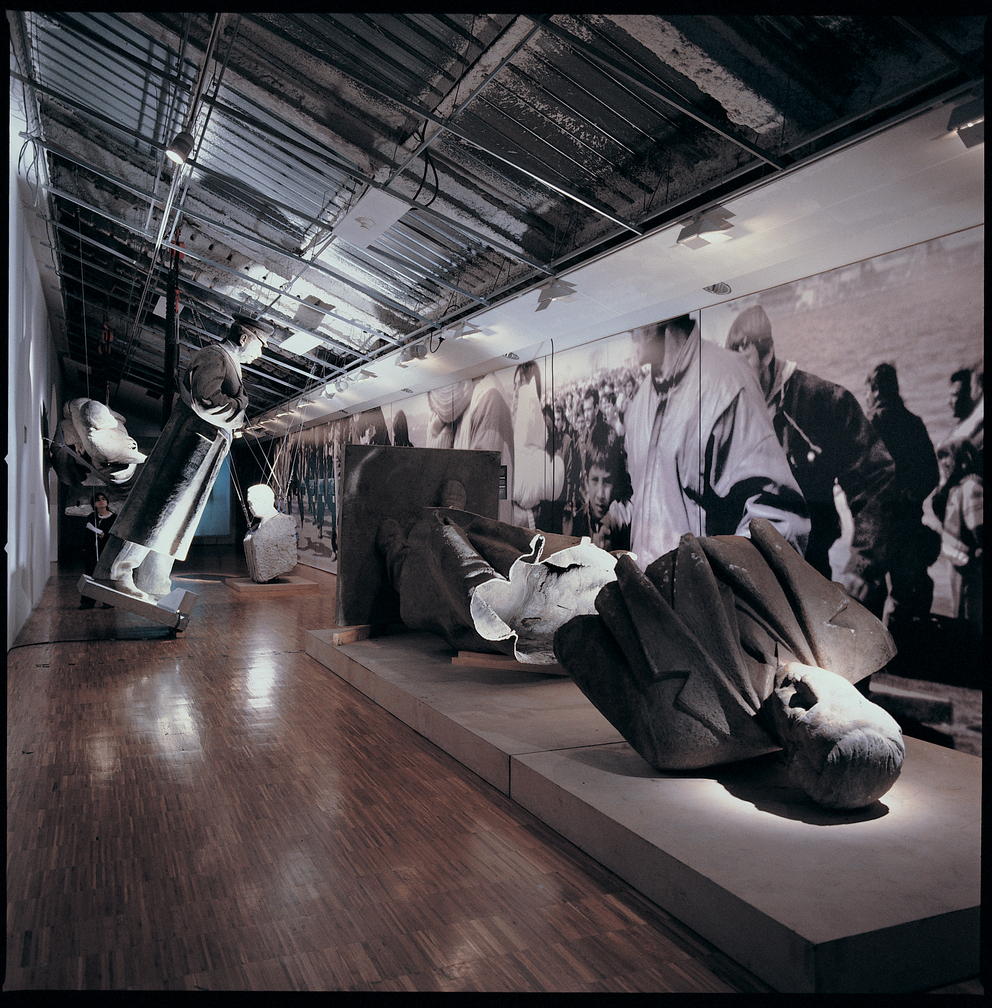 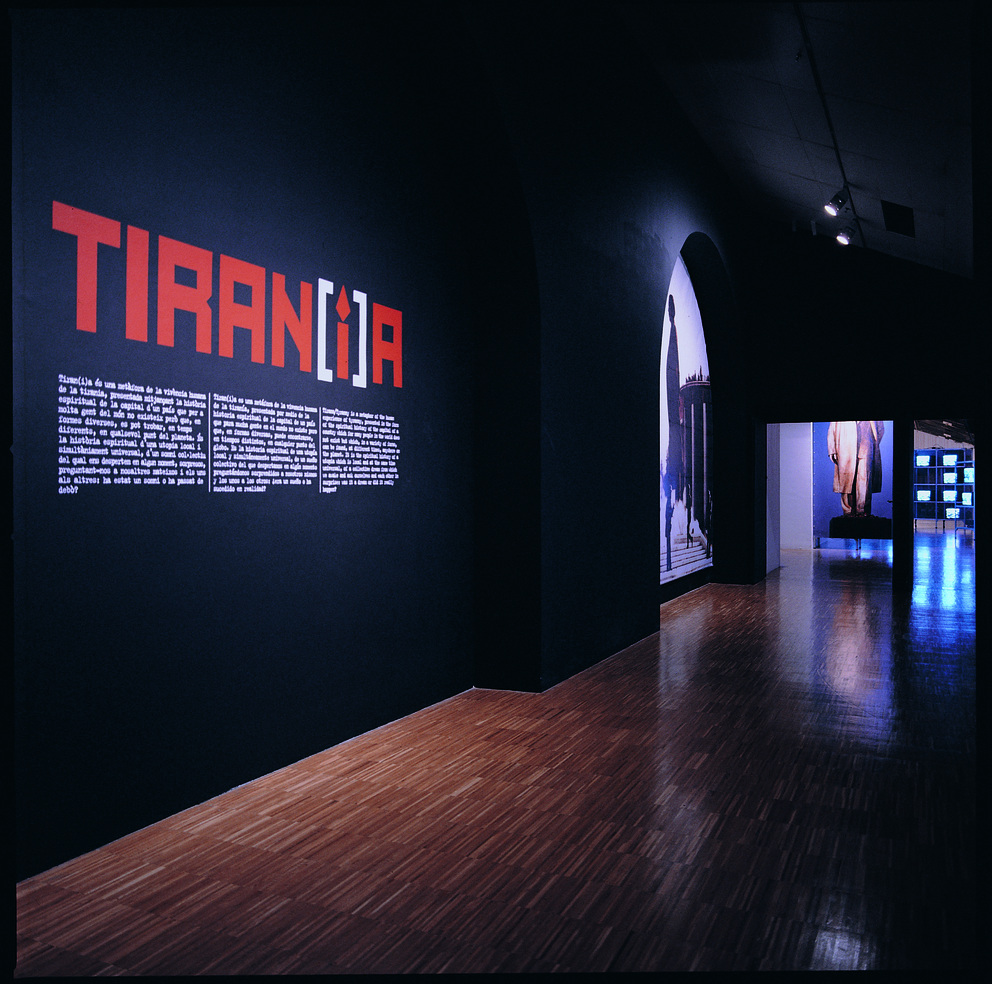 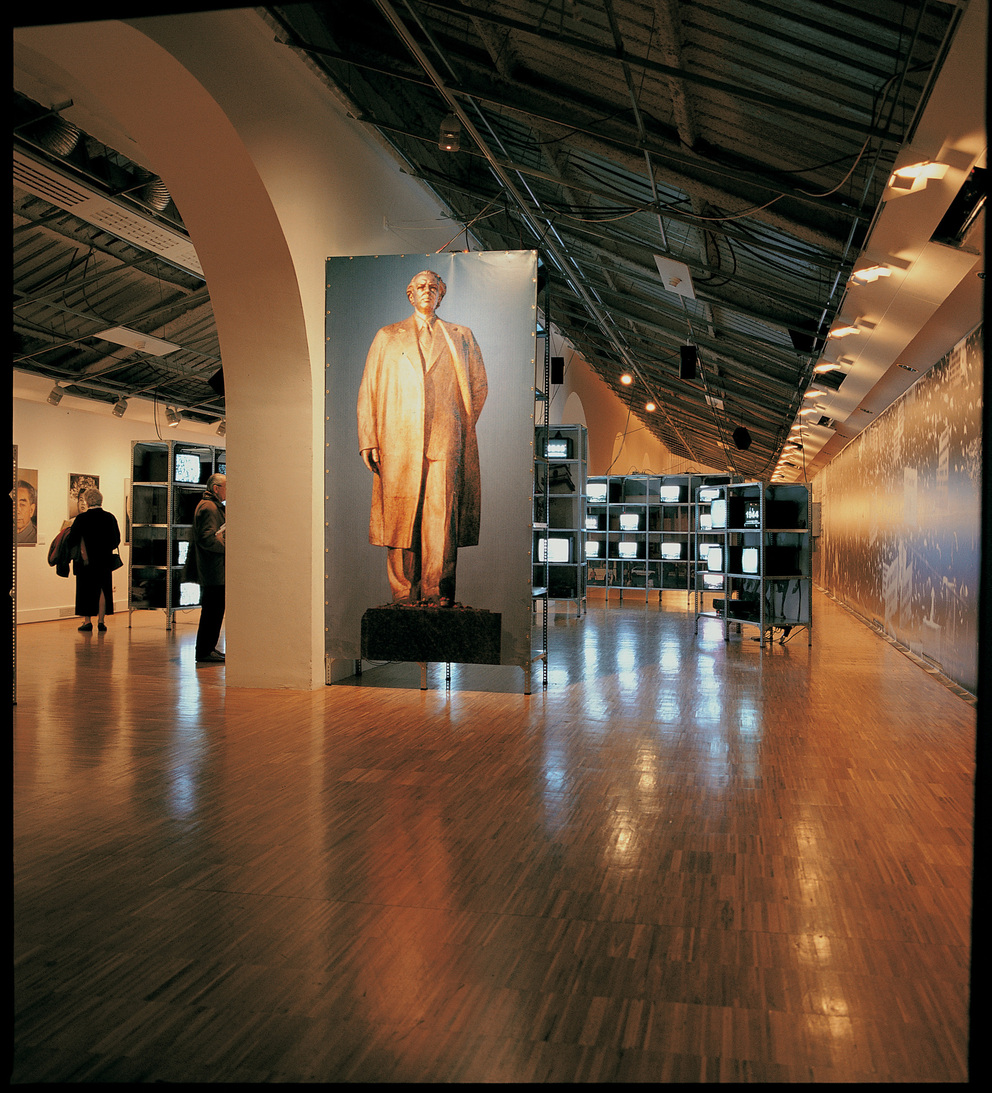 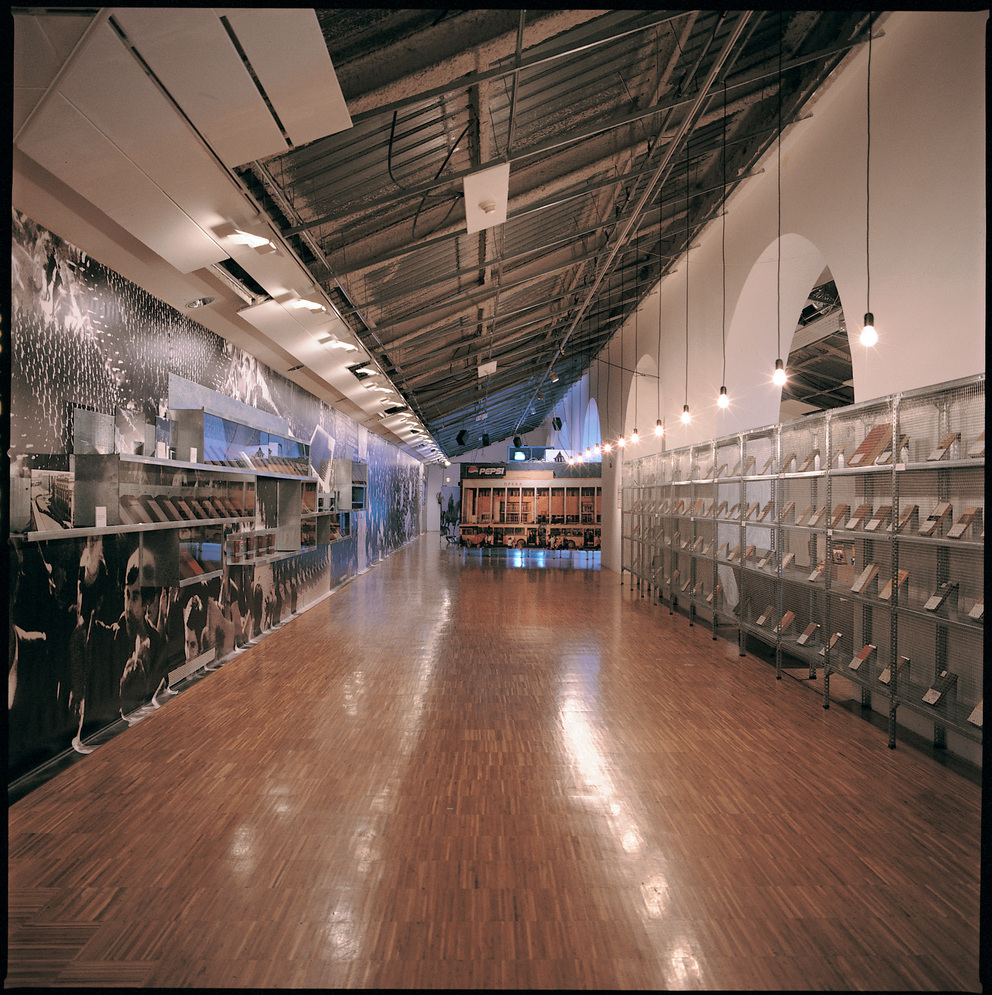 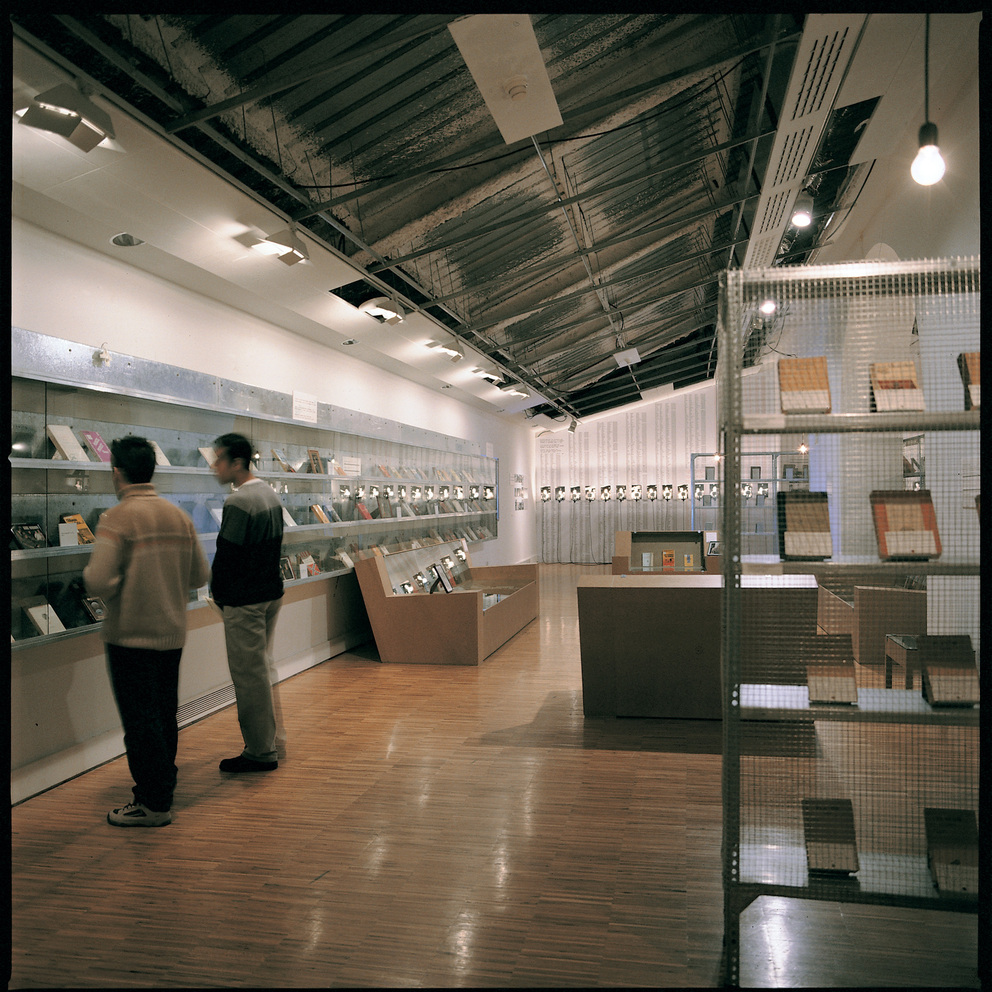 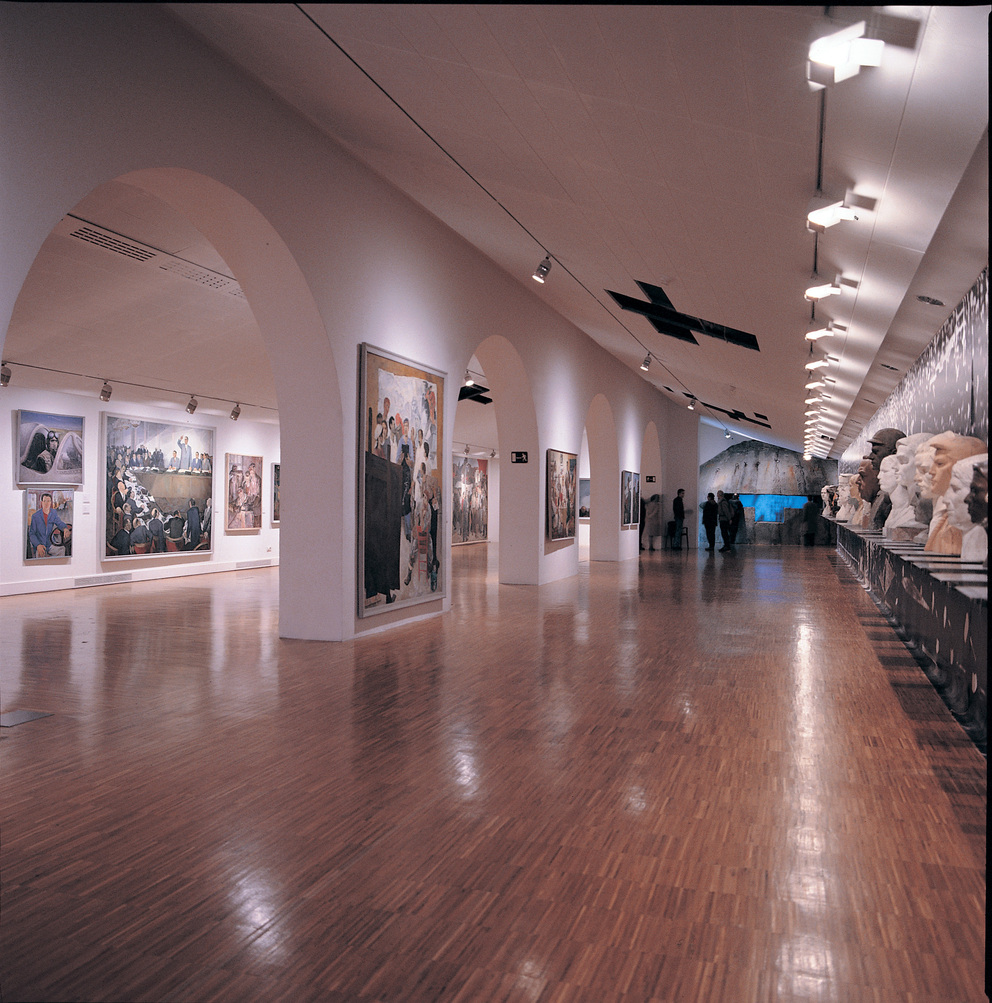 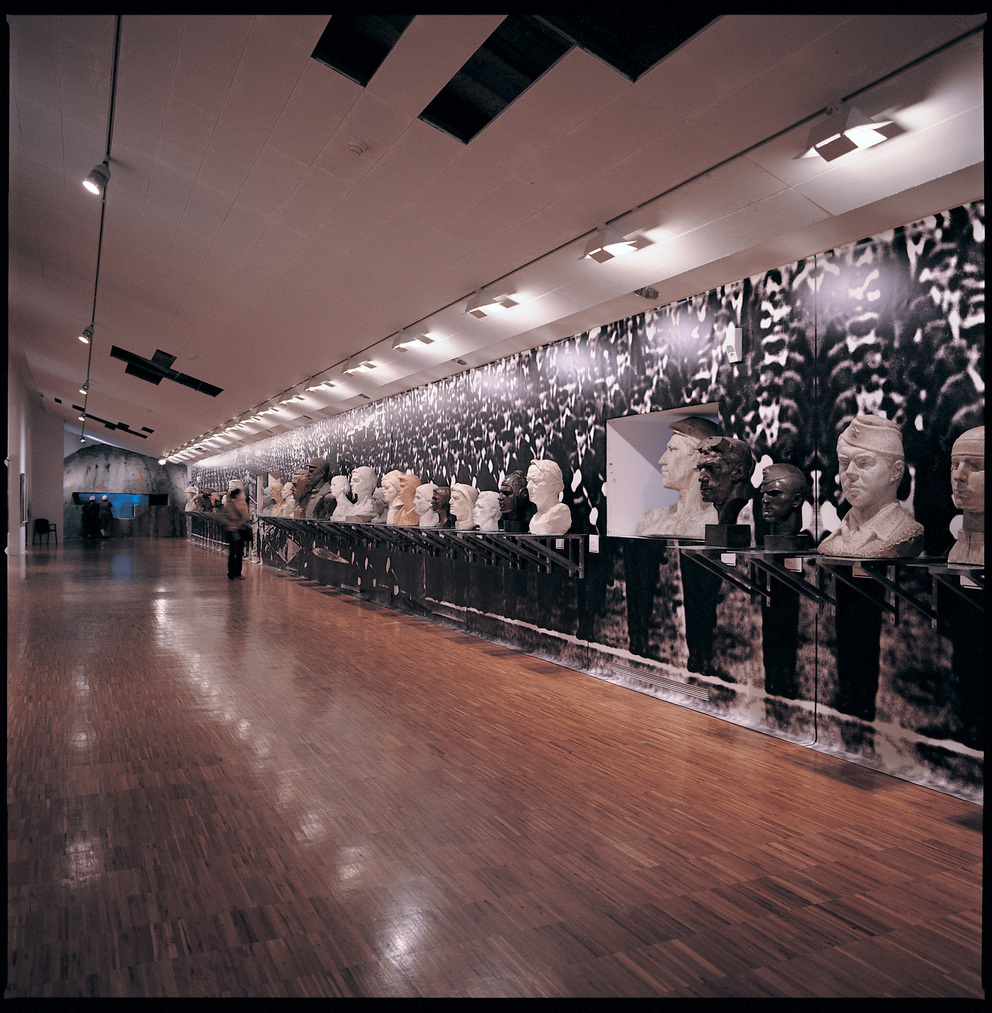 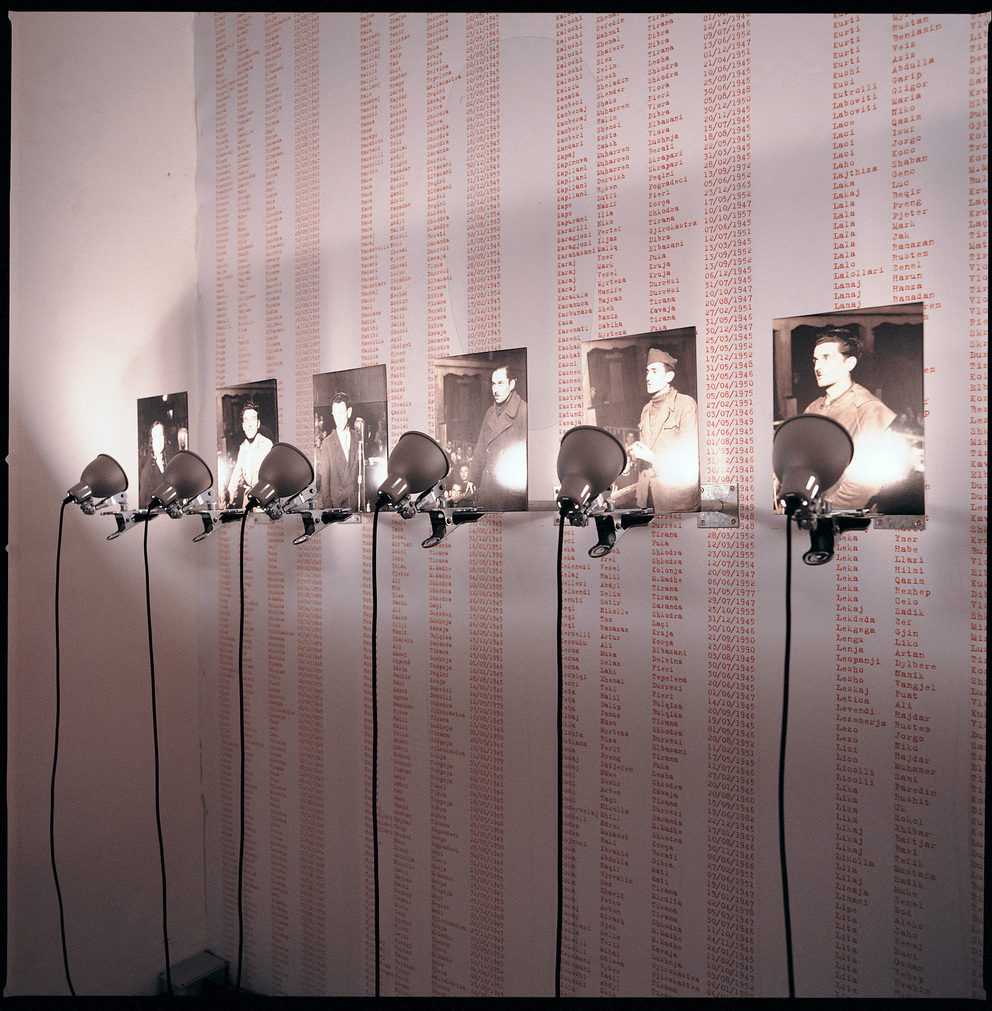 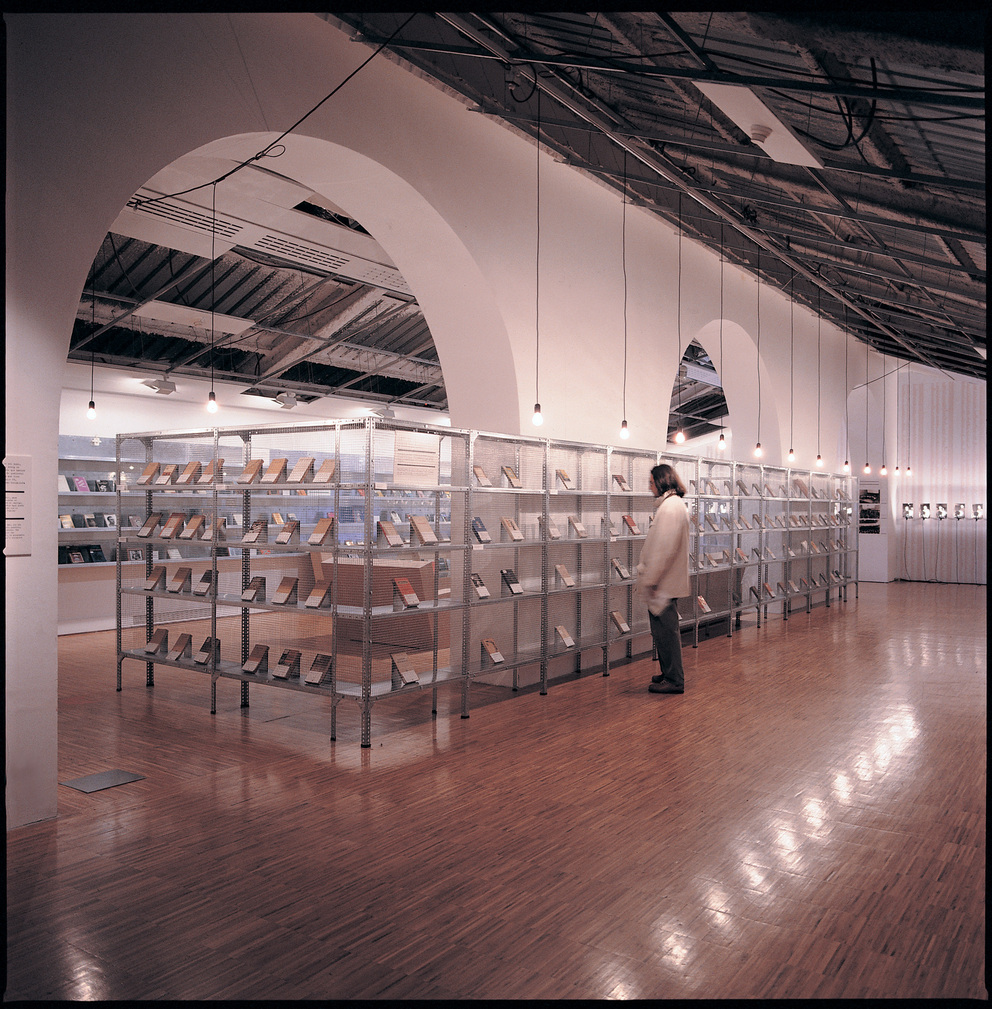 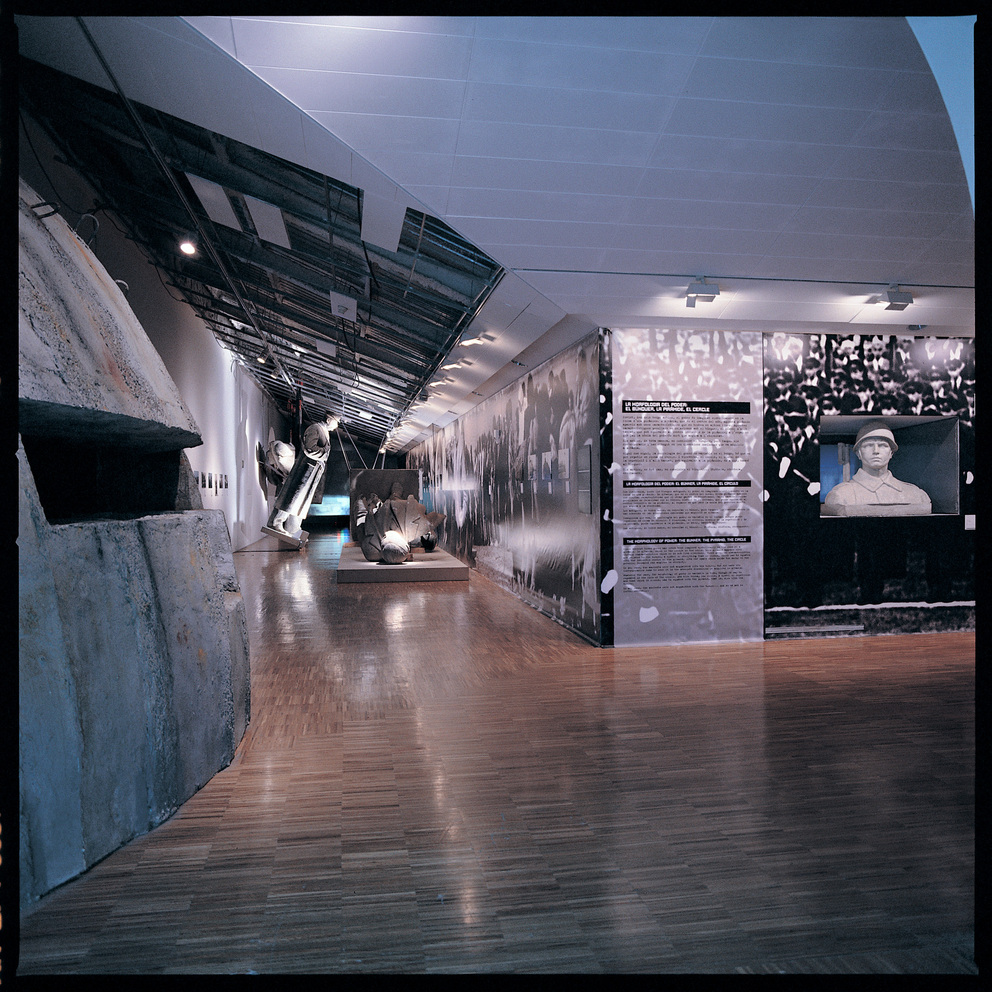 The experience of tyranny, in this case suffered by the Albanian people under Enver Hoxha´s dictatorship between 1944 and 1990, is the subject matter of the exhibition Tiran(i)a.

The exhibition design’s elementary language, basic materials and austere aesthetic with simple constructive solutions reflected the severe and bitter story of Tirana’s people. A ruff and precarious edge was added to the conventional museum space of the show by dismantling the false ceilings and exposing the existing disorder of cables, fireproof material and air conditioning conduits. By eliminating all cladding and preserving damages and flaws from previous exhibitions we managed to create a series of “non-finished” areas, with incidental layers and markings imposed by time and circumstances.

The graphic representation of the Albanian people (a continuous image of 100 meters) related the different types of public gatherings on Tirana’s Skandërbeg square, beginning with the spontaneous demonstrations, geometrical military displays, obligatory sport exercises and ending with the desperate and chaotic flight to an uncertain future. The mural vertebrates and connects the exhibitions historic phases which were: 1. The Skandërbeg square – Main scenery of the countries political events. 2. The captive soul – Illustration of totalitarian’s tendency of imposing control over every person’s spiritual life. 3. The new man - The prototype of totalitarian man, defined as strong, with no feelings and fully dedicated to the victory of the cause. 4. The morphology of power – The symbolic construction: The bunkers, the pyramid, the mausoleum and statues etc.)

The over sized sculptures of Hoxha, Lenin and Stalin –impressive fetishes of power– were shown off-balanced (reminiscent of their violent dismantlement at the end of the dictatorship) in the last chapter of at the exhibition. The scale and severity of expression of the monolithic leaders was overwhelming proof that Hoxa’s tyranny from 1945 until his death in 1985 embraced all aspects of Albanian life: the physical, the psychological and the aesthetic. 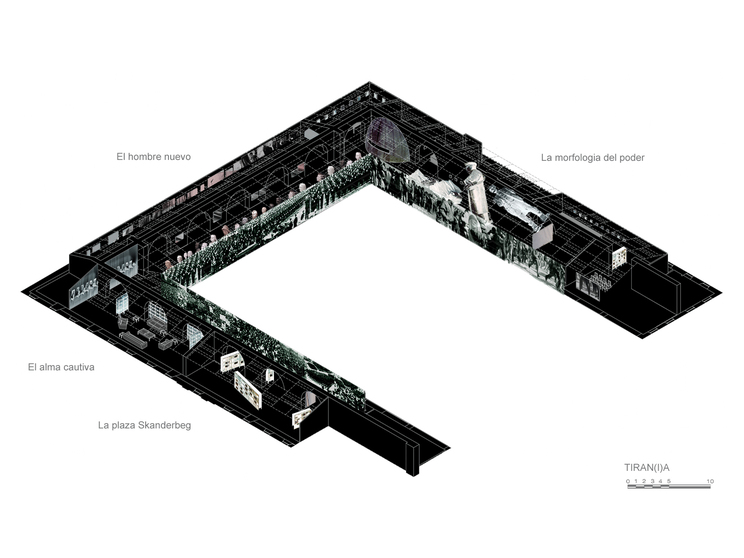