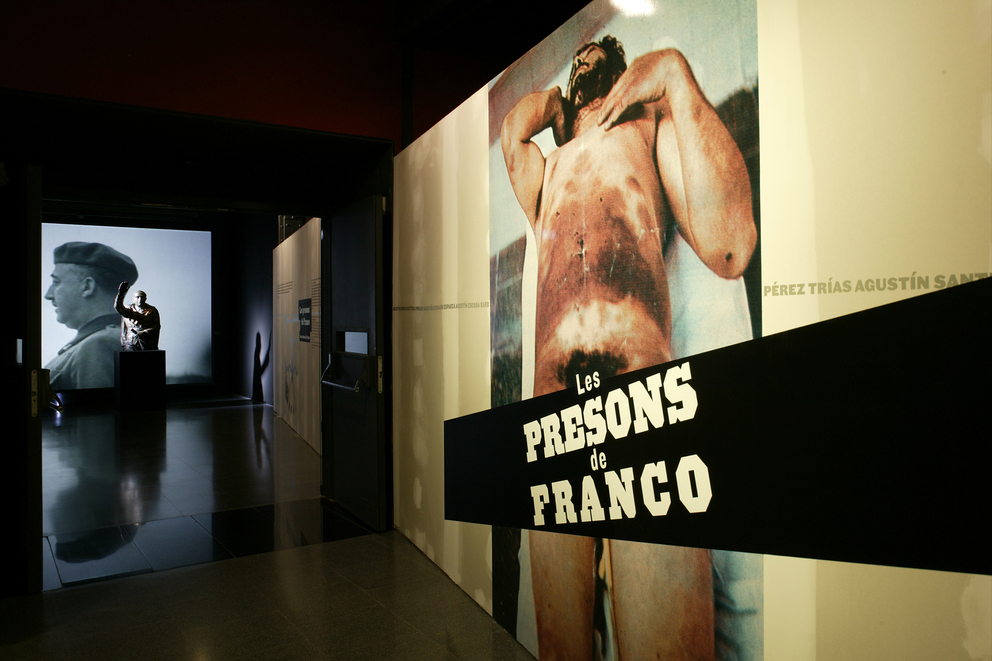 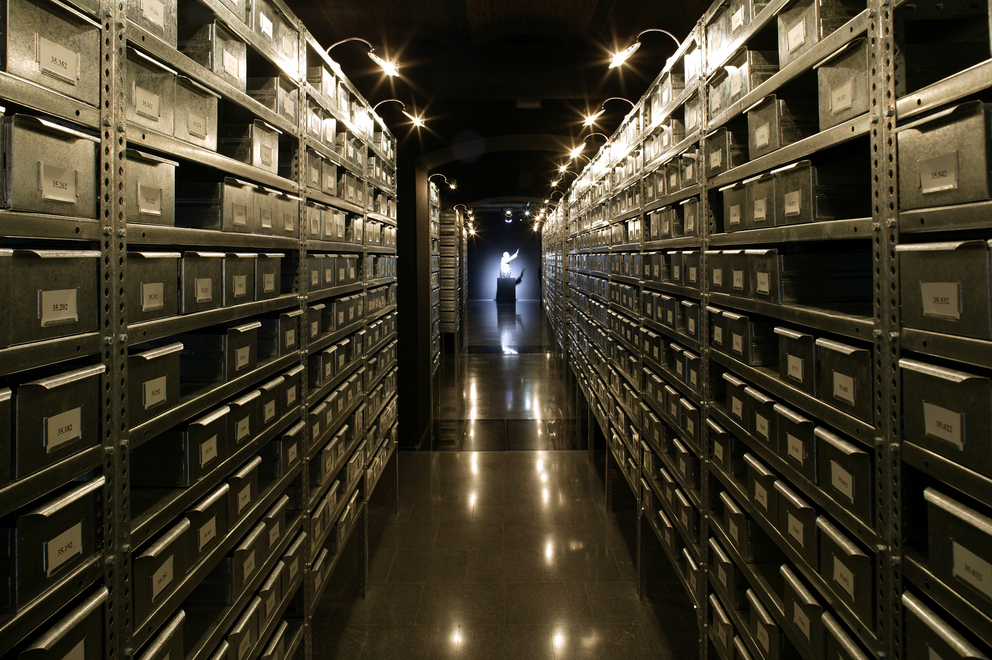 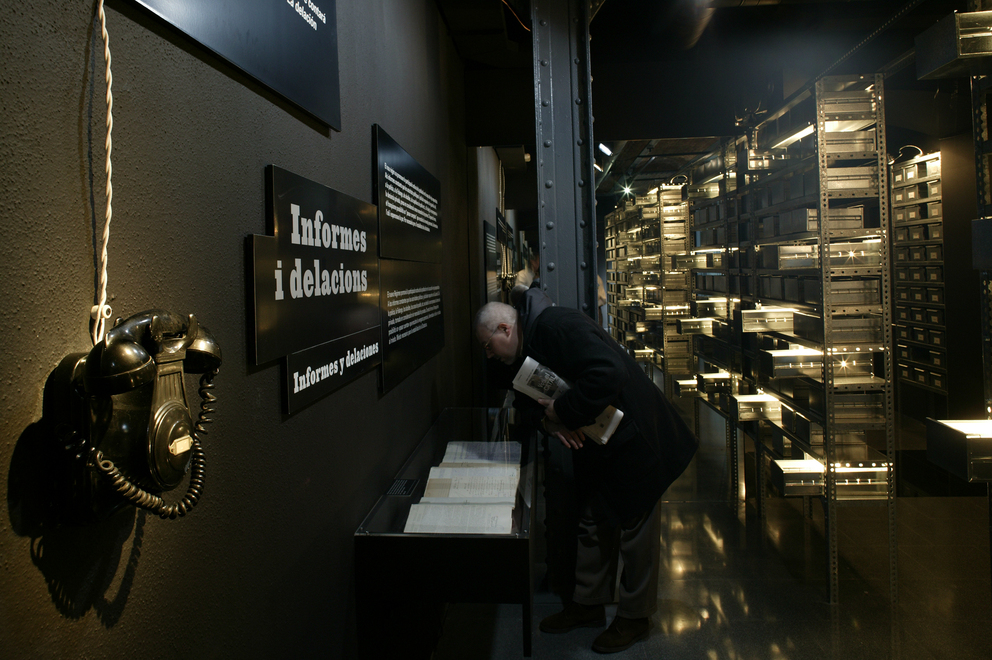 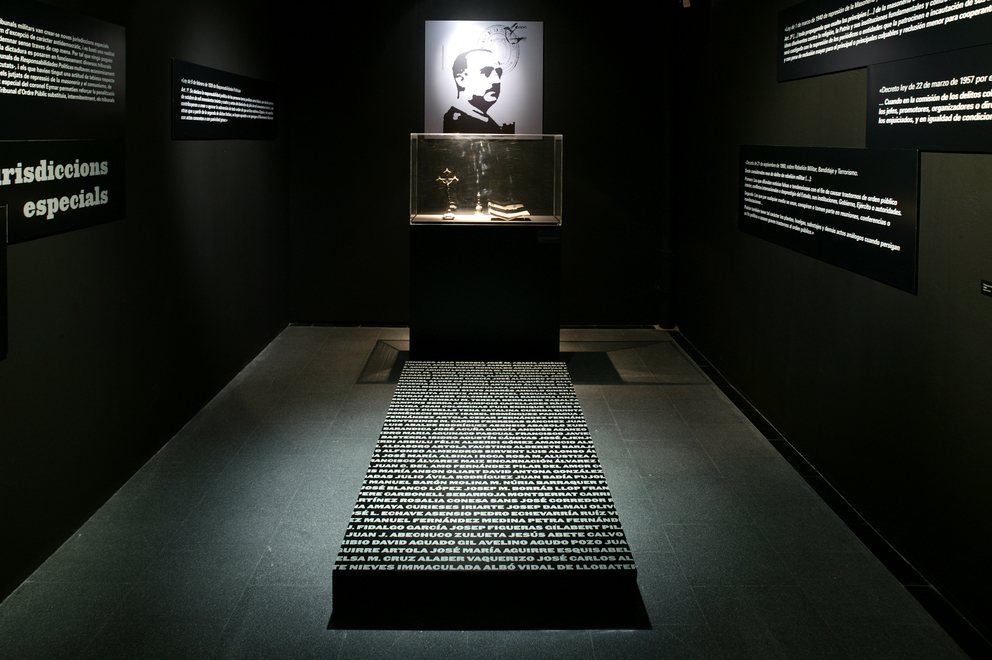 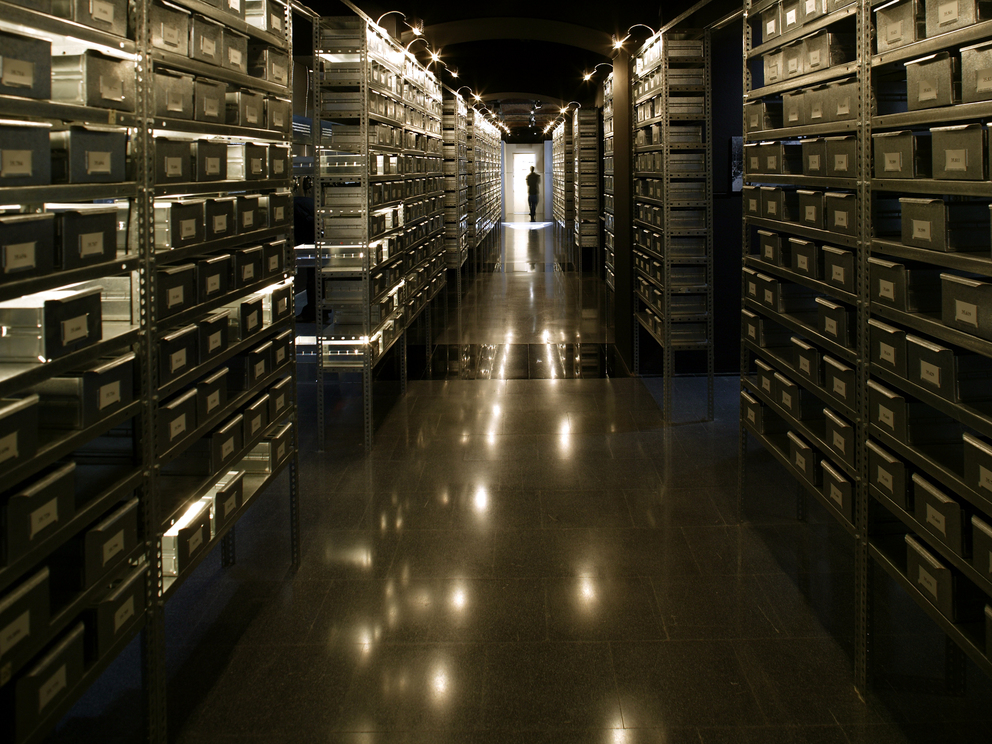 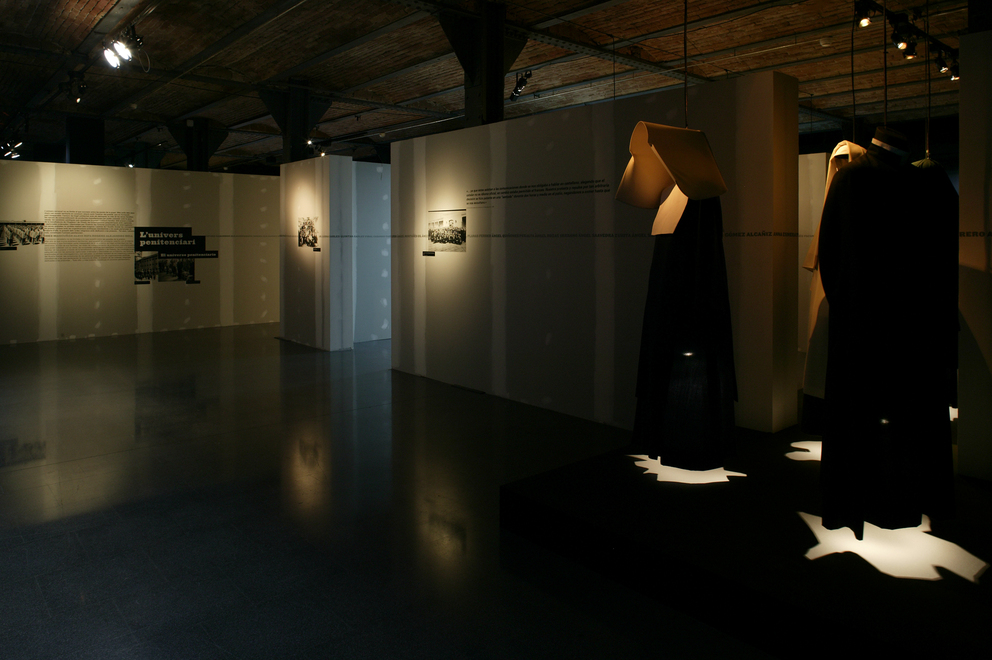 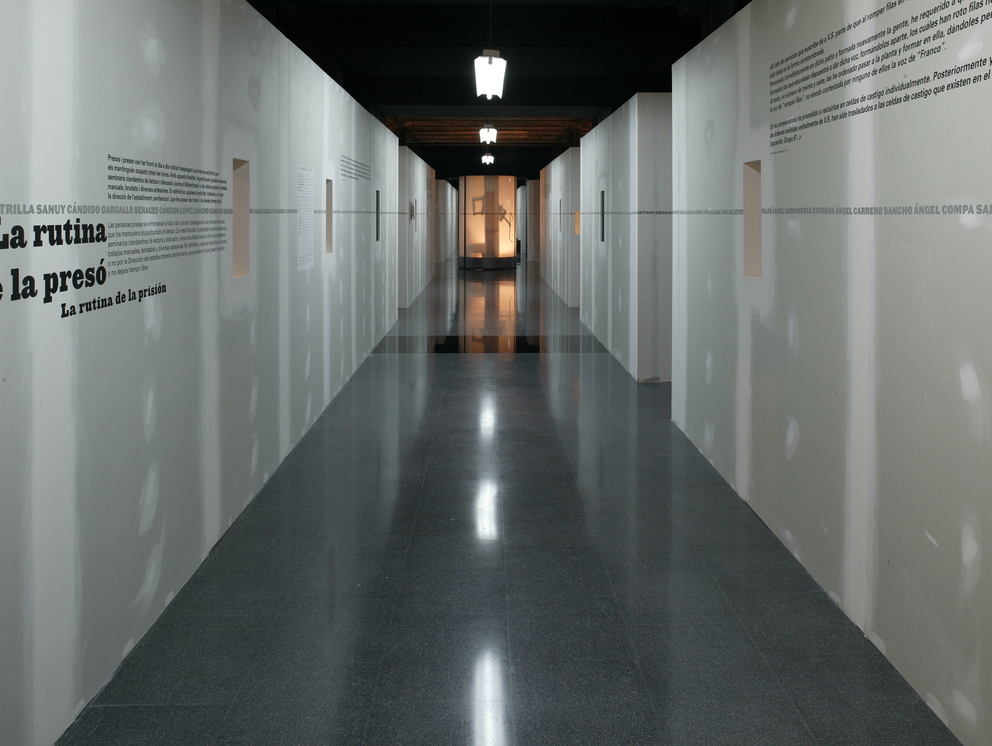 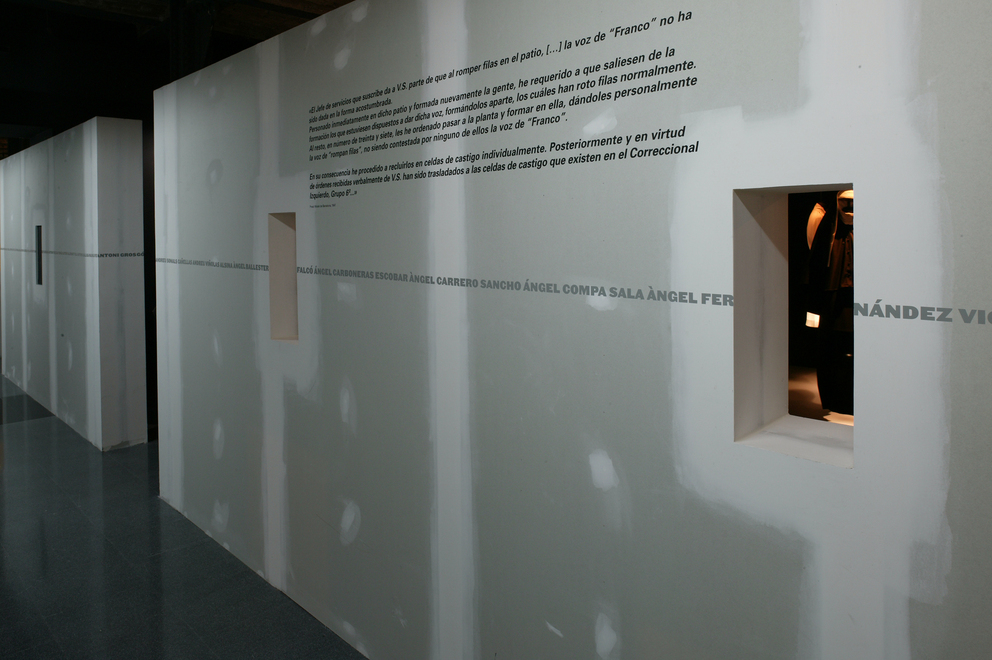 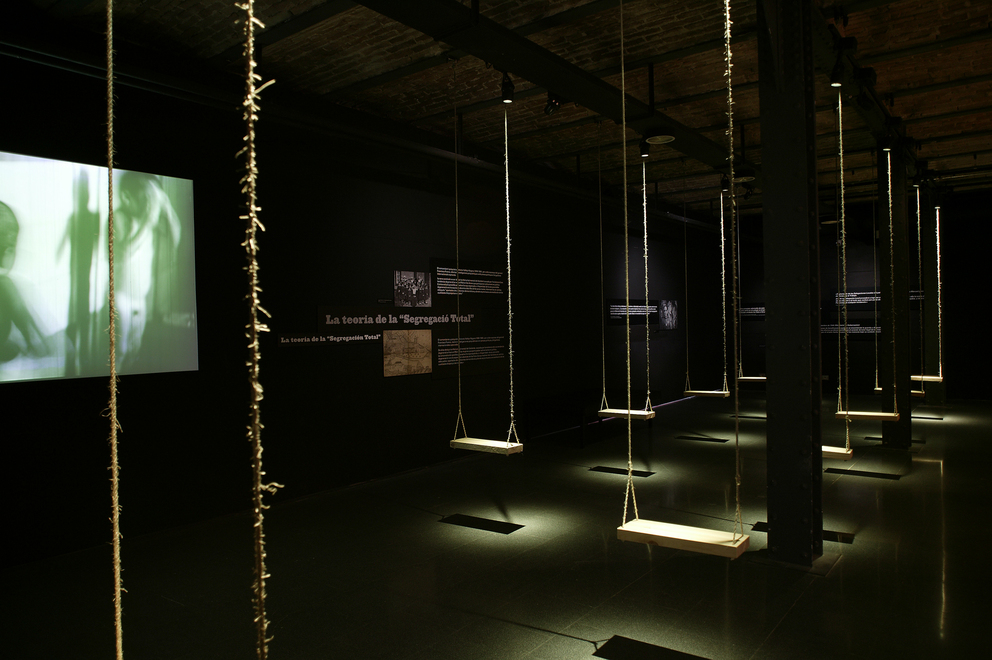 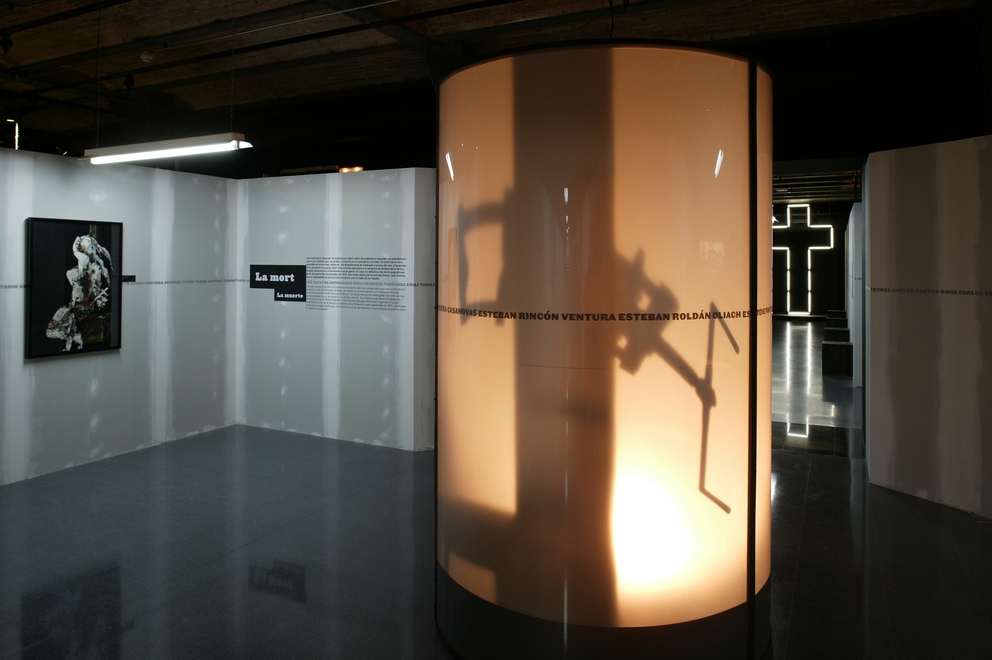 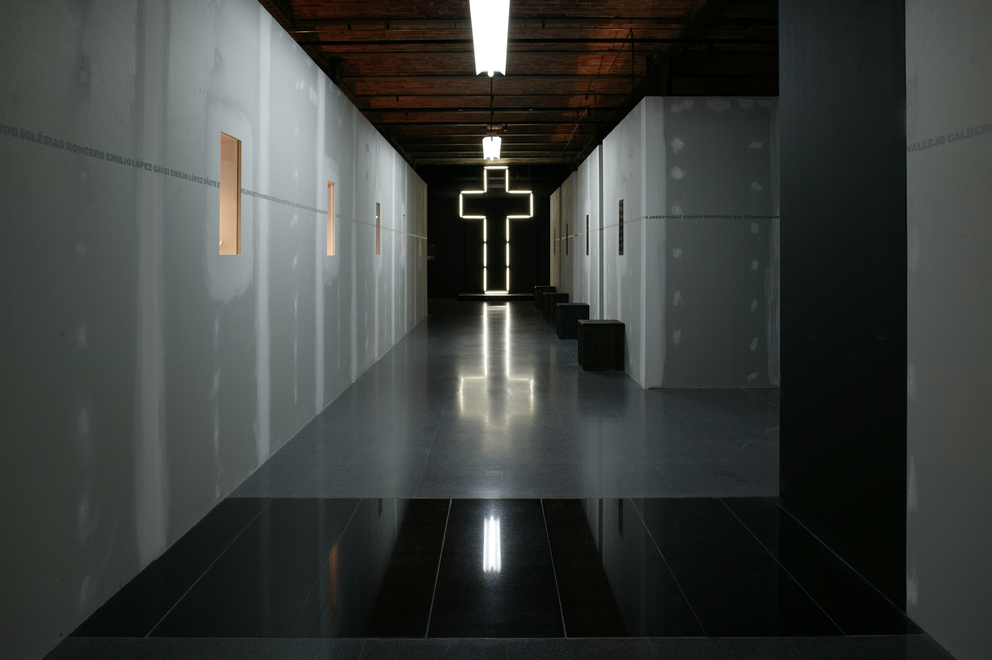 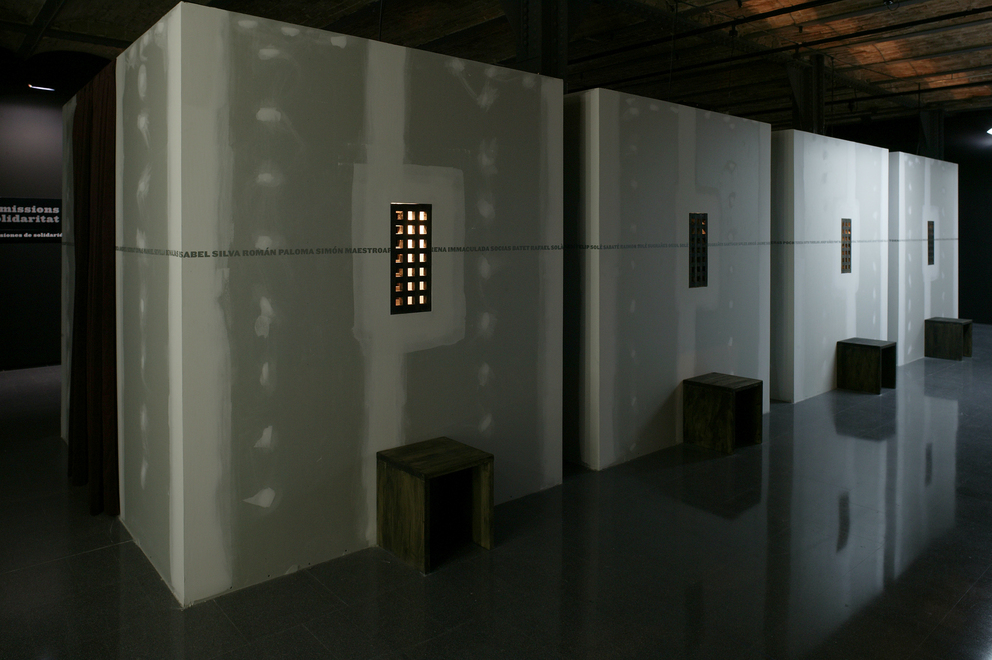 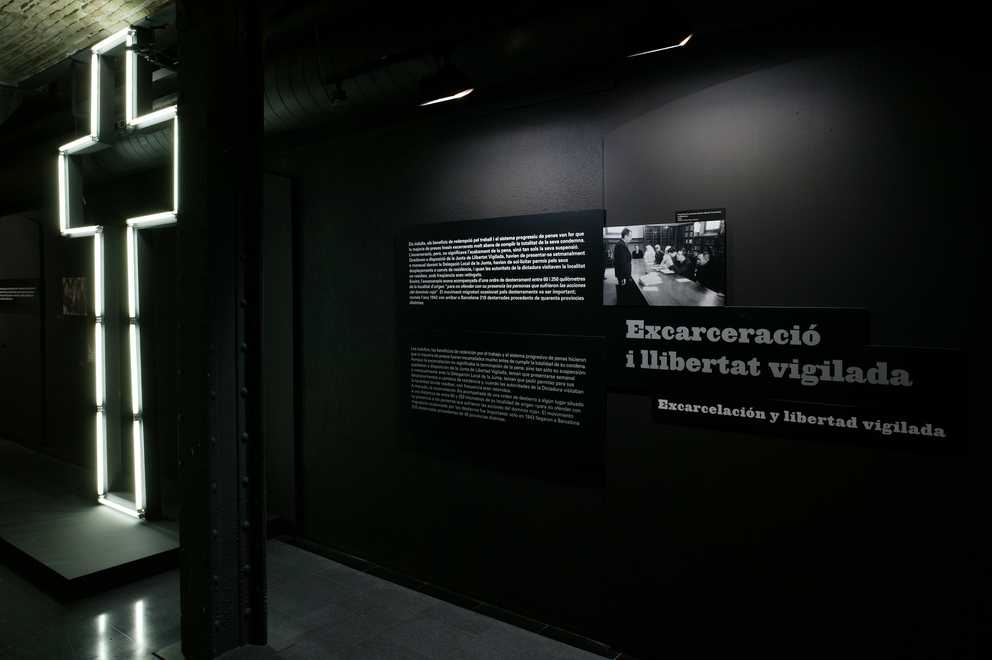 The exhibition design of FRANCO’S PRISONS tries to give body and voice to the fate of many destroyed lives, victim of their ideals and convictions. Without official recognition these experiences can not become part of the collective conscience that, in -the best of cases- will safeguard us from an historic repetition. A plain all-encompassing space, heartbreaking accounts written on the walls, cold lighting and a disturbing sound track create an emotive atmosphere where numbed voices and silence relates suffering.

Two main arteries, the passageway to prison and the prison’s hallway, impassively organise a large variety of small spaces dedicated to individual stories of the victims. A long corridor formed by innumerable draws full of files and whispers of treason, slowly constricts the exhibition space until one reaches the prison’s entrance. Accounts of captivity, of fear, defiant attitudes, imminence of death and the atrocious control of the system are depicted in extensive succession of cells spread throughout the prison’s corridor. The aerie movement of faceless prison guards, empty swings moving with the echoes of children’s voices, the distorted shadow of the garrotte vile, a sequence of confessionaries filled with personal accounts told with exemplary serenity are only some of the episodes that try to create a climate for recalling the pain and anguish of Franco’s prisons.

The volume and variety of the texts and the personal testimonies that make up most of the exhibition material are exhibited in a documental stile as to enhance the impact of the historic information and to link and unify the large quantity of differing of elements. The purpose of sticking to black and white tonalities as well as treating texts and photographs as an integral part of the architecture was to create an environment of silence propitious for hearing this untold part of history. 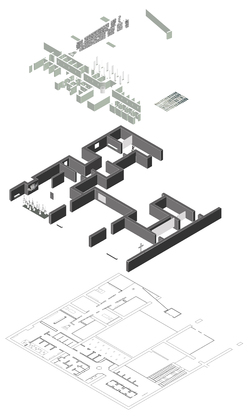