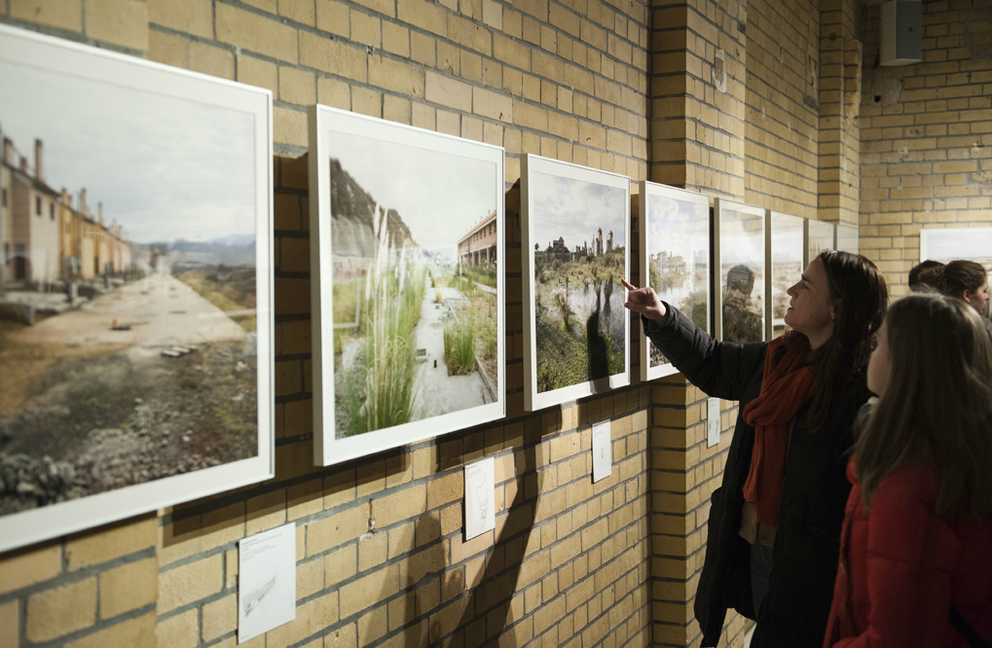 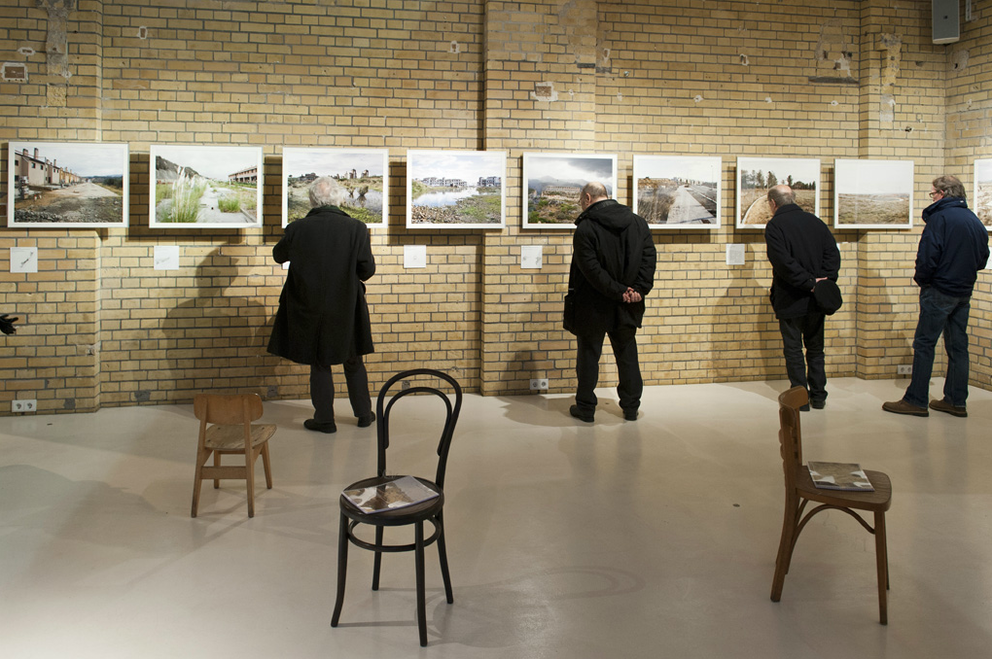 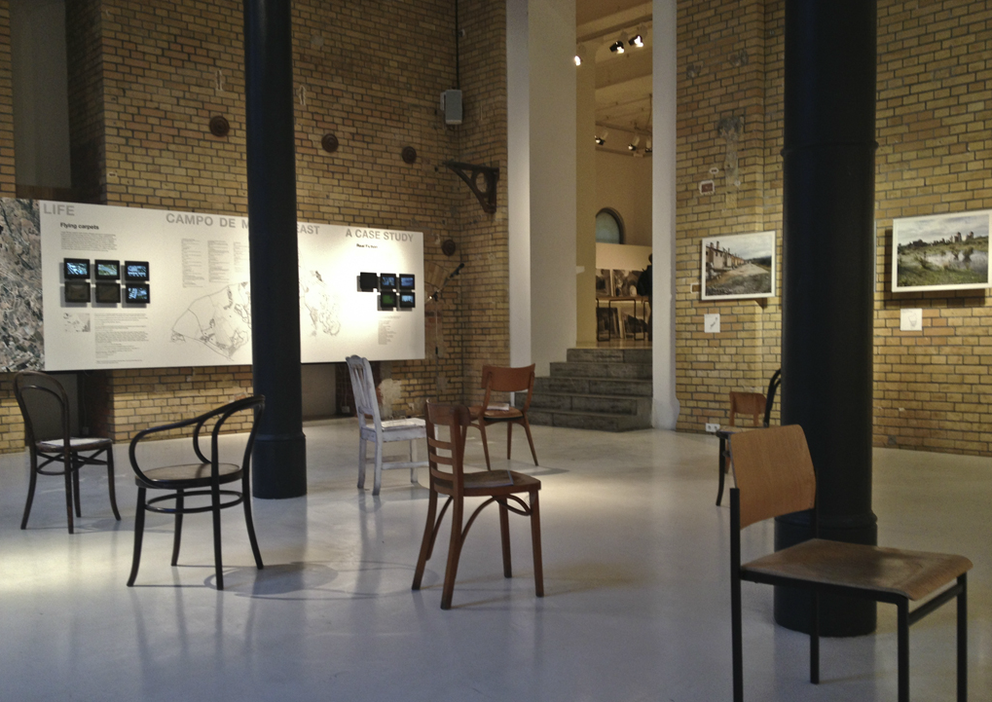 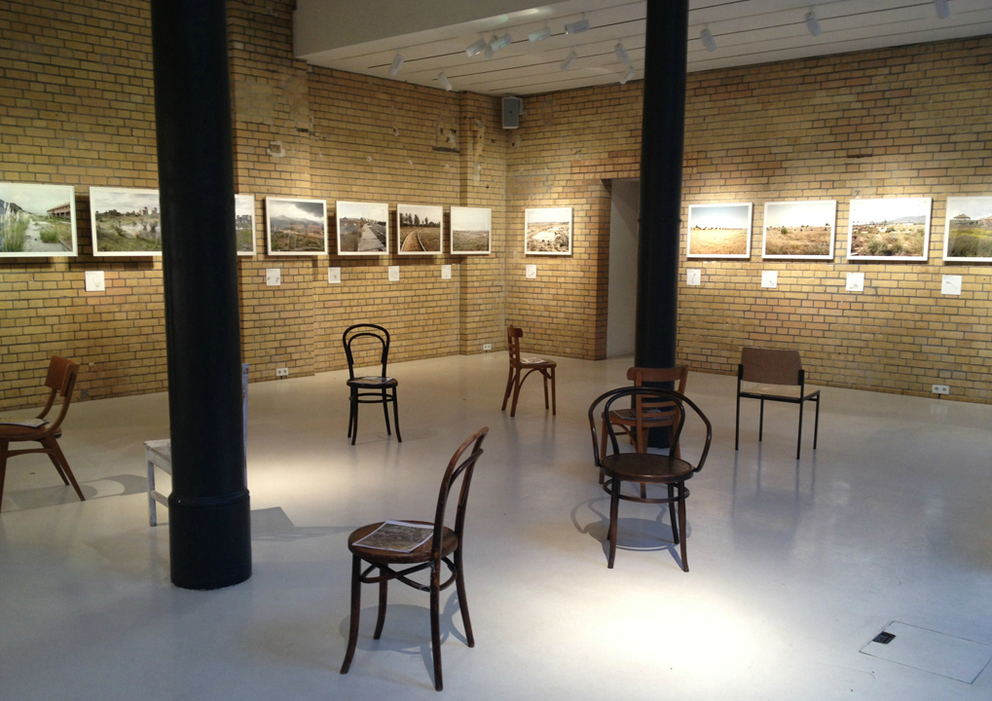 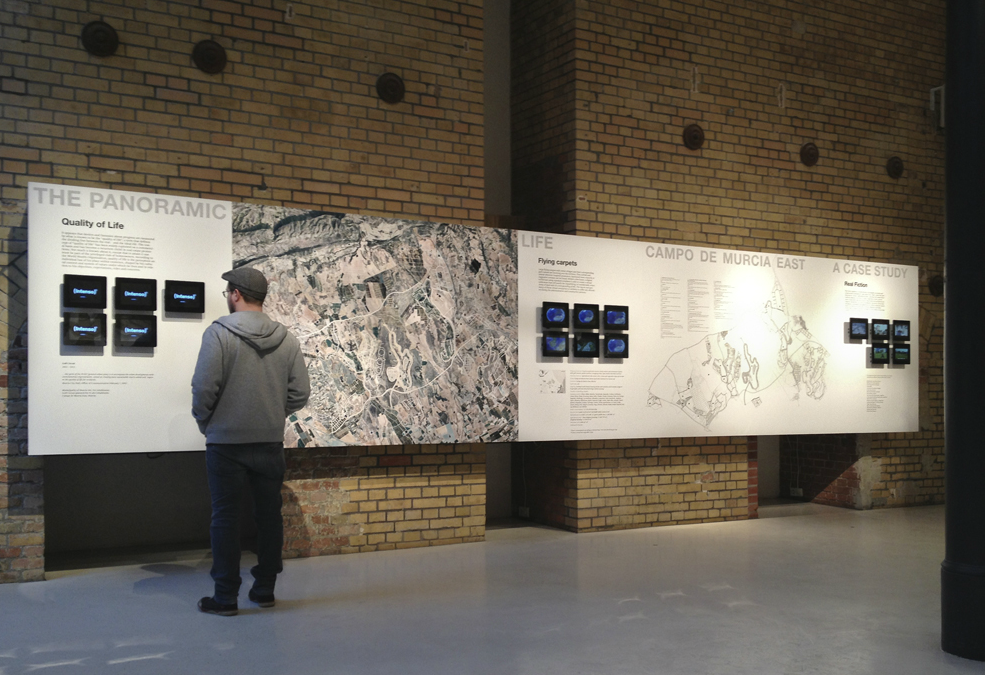 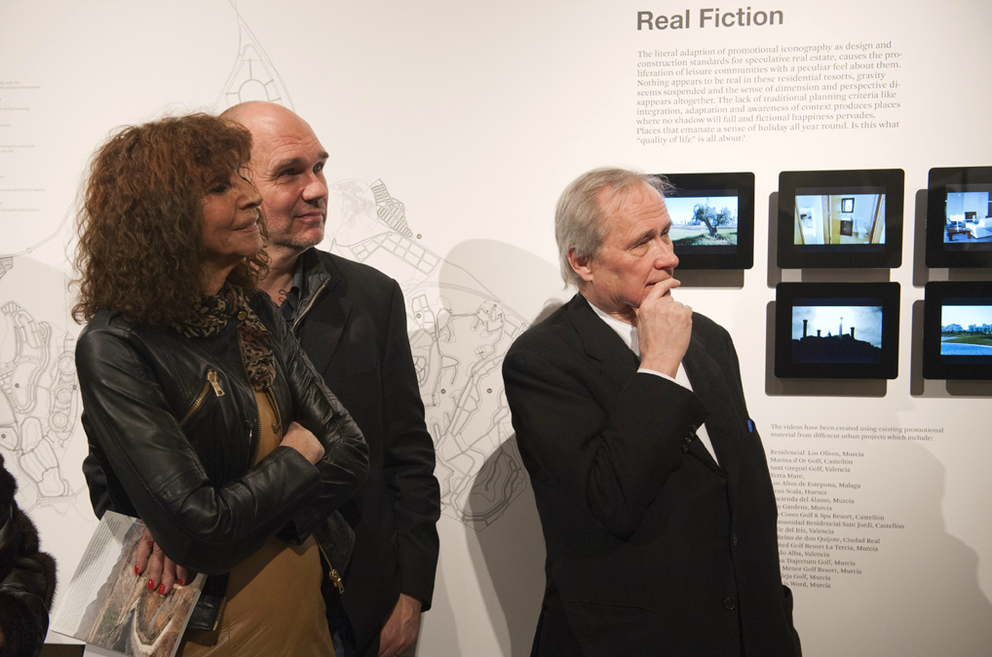 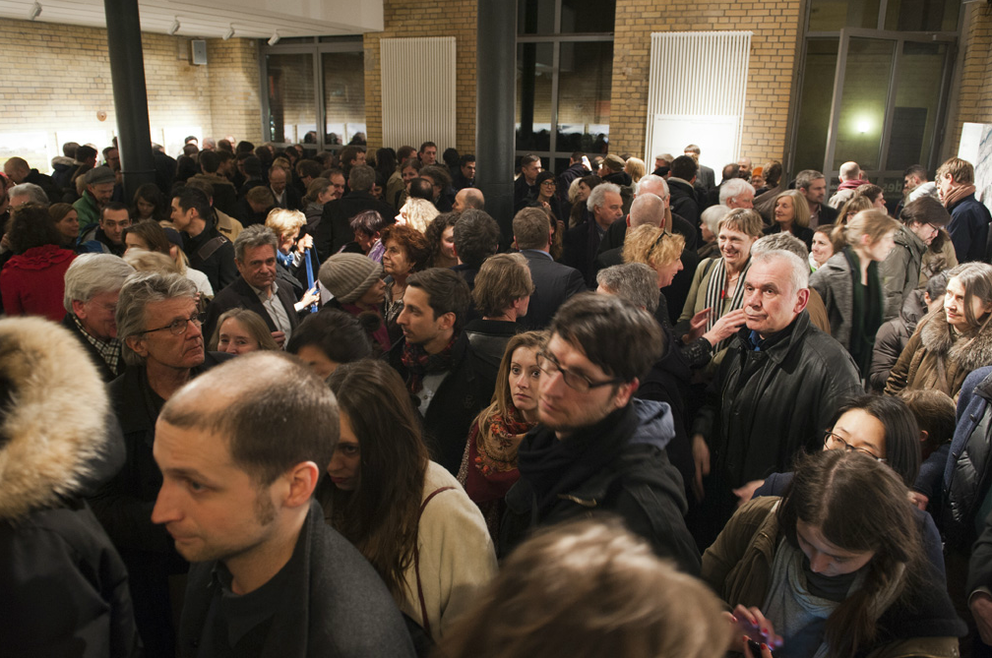 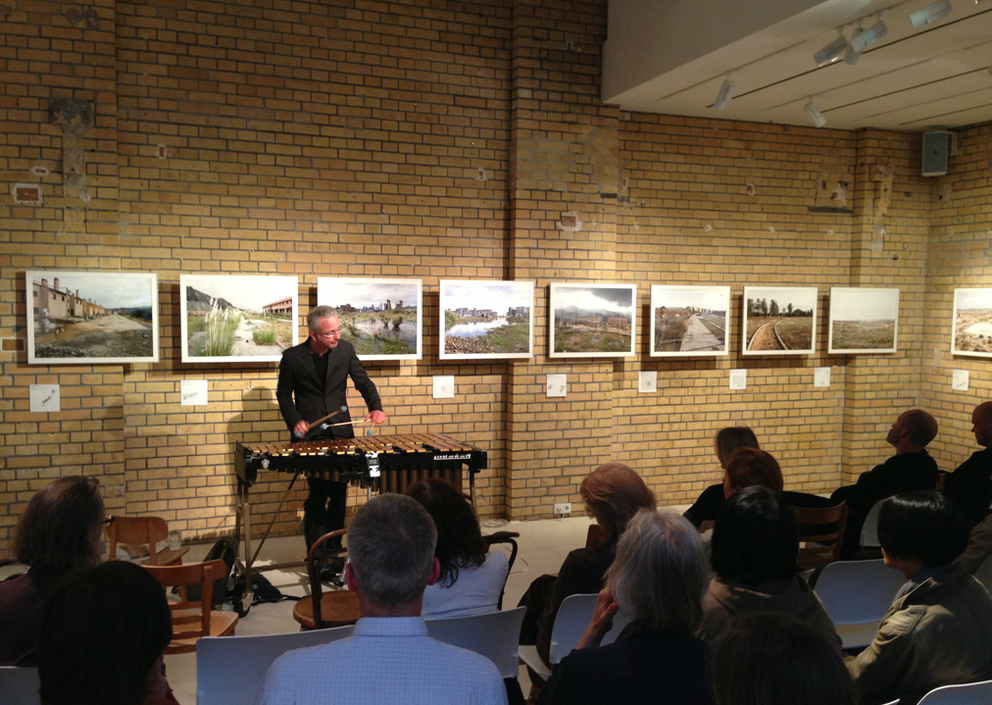 The exhibition “Modern Ruins, A Topography of Profit”, grows out of a body of on-going research that started in 2010 with the exploration of leisure worlds, ghost towns and landscapes of profit. The recent massive implementation of leisure enclaves, tourist complexes and residences of all kinds has transformed vast regions of the coast and has reached far inland, even. The premature decline of some of these settlements due to the bursting of the bubble provides us with images of disquieting beauty, the incongruence between the short life of property speculation—aborted for technical reasons—and its lasting physical consequences.

Property speculation is inconceivable without the element of fiction. Throughout the show, reality and fiction form an inseparable combination. In the first part of the exhibition, photographic documents of the building developments are shown alongside their corresponding promotional slogans, their curriculum vitae and to an urban plan that shows the speculative undertaking in relation to the municipality that issued the permits for it. In the second part, called

“Panoramic Life, a series of promotional videos are combined with statistics, development information and a large scale satellite image showing the densely developed topography of 24 simultaneous golf projects in the Campo de Murcia. The piece shows what could happen if promotional dreams came true and fiction turned into reality. 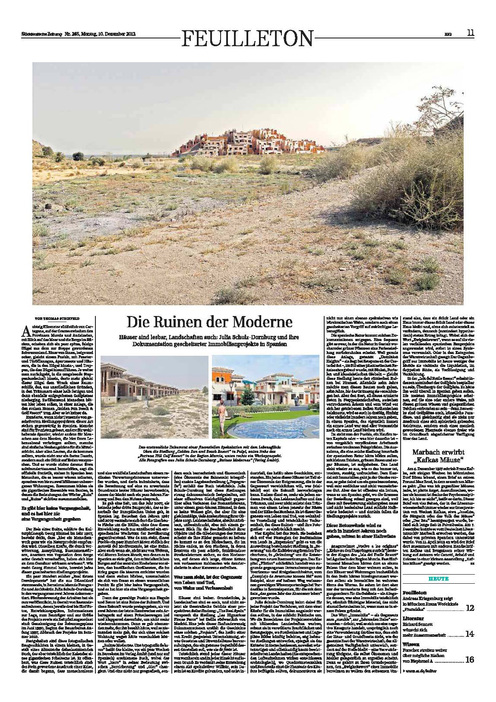 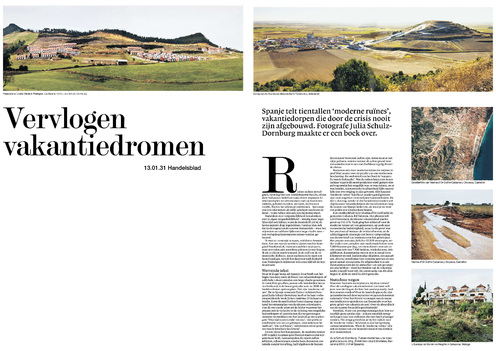 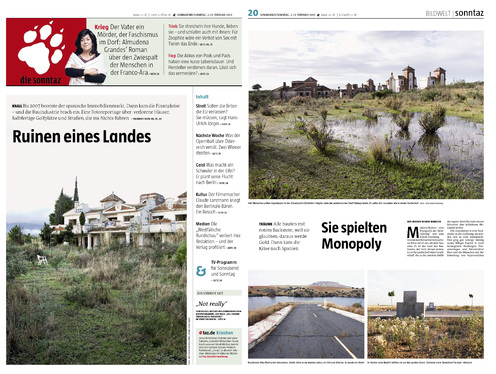 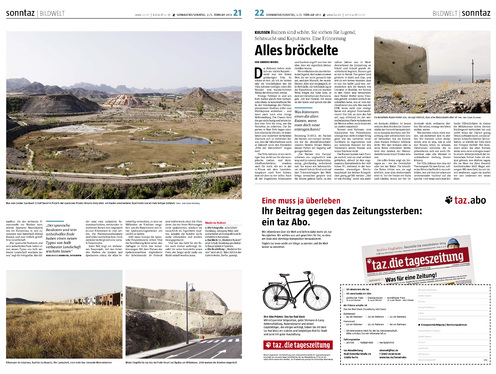 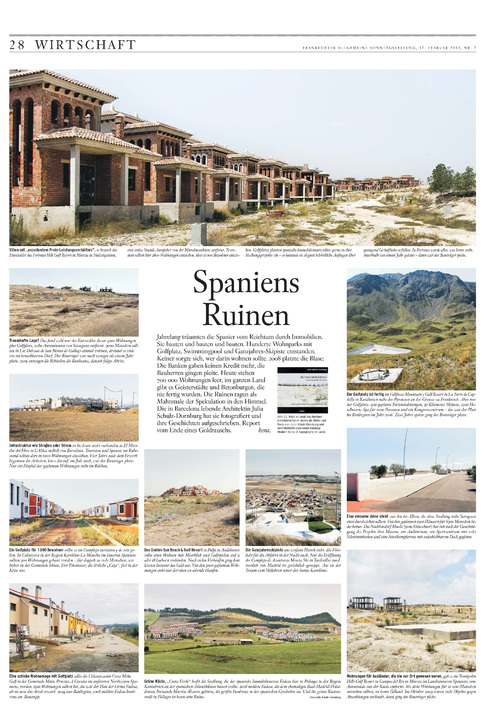 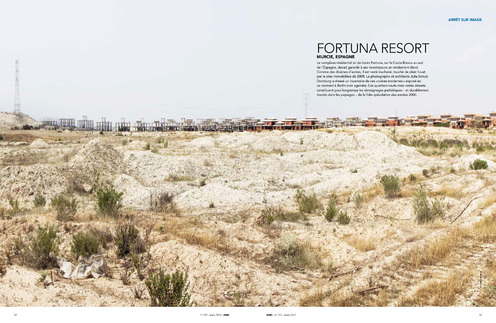